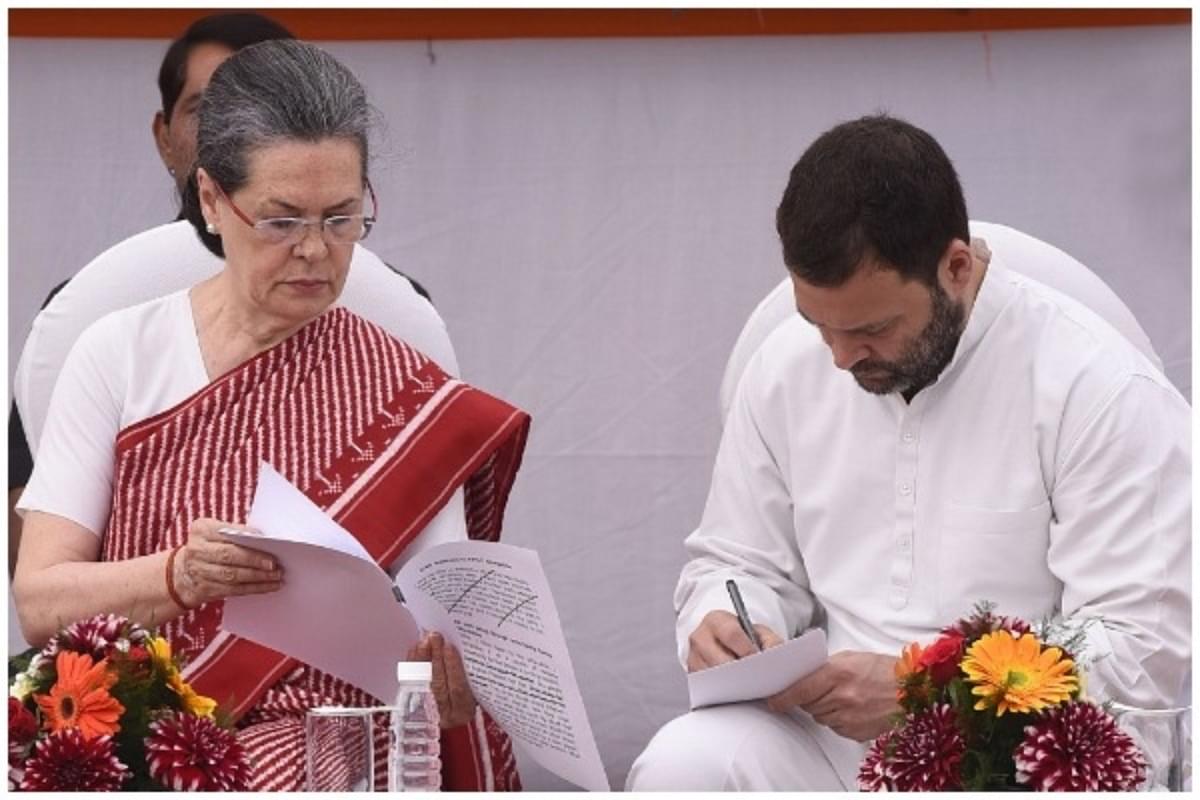 While Sonia Gandhi, 75, has been asked to depose before the federal agency on June 8, Rahul Gandhi is understood to have been asked to appear earlier.

Congress leader Abhishek Manu Singhvi said at a press conference that the senior Gandhi will comply with the summons. 'Rahul Gandhi will go if he is here or he may seek a fresh date,' Singhvi added.

The case to probe alleged financial irregularities in the party-promoted Young Indian that owns the National Herald newspaper was registered recently.

The agency, officials said, wants to record the statements of Sonia and Rahul Gandhi under criminal sections of the Prevention of Money Laundering Act (PMLA).

The questioning of the senior Congress leaders and the Gandhis is part of ED's investigation to understand the share holding pattern, financial transactions and role of the promoters of Young Indian and AJL, officials said.

The agency registered a fresh case under the criminal provisions of the PMLA after a trial court here took cognisance of an Income Tax Department probe against Young Indian Pvt Ltd on the basis of a private criminal complaint filed by BJP MP Subramanian Swamy in 2013.

The first family of the Congress party, including Sonia Gandhi and Rahul Gandhi, are among the promoters and shareholders of Young Indian.   After the ED examined Kharge last month, the Congress' whip in the Lok Sabha Manickam Tagore accused the government of 'harassing' him.  Tagore said the government wants to insult Dalit leaders and added that Kharge would not surrender to such tactics.

BJP MP Swamy had accused Sonia Gandhi, Rahul Gandhi and others of conspiring to cheat and misappropriate funds with Young Indian Pvt Ltd paying only Rs 50 lakh to obtain the right to recover Rs 90.25 crore that Associate Journals Ltd owed to the Congress.

The Delhi High Court in February last year issued a notice to the Gandhis for their response on Swamy's plea seeking to lead evidence in the matter before the trial court.

They, however, contended in the Delhi High Court that the plea by Swamy was 'misconceived and premature'. The other accused in this case filed by Swamy are Suman Dubey and technocrat Sam Pitroda. They have earlier said that they did nothing wrong.