Ending Ambedkar’s Reservations: This Community Does Not Want To Be Classified As Scheduled Caste Anymore 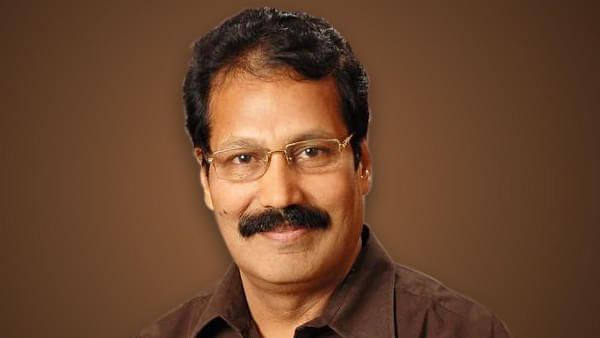 Dr K Krishnasamy, the leader of Puthiya Tamilagam party, convened a meeting on 6 October in Chennai which drew 25,000 people from the Devendrakula Vellalar community, also known as Pallar in the mainstream media.

Tamil Nadu has recently seen many community and caste conferences. The most prominent among them have been those of communities like Thevar (or the Mukkulathor people) and Vanniyar. These conferences often turn into militant discourses advocating violence, mostly verbal and psychological, and sometimes physical against either the establishment or a competing community.

In such an environment, Dr Krishnasamy has shown that a community conference can be positive and can aim for social harmony rather than confrontation. The two main demands of the conference were that there should be an official notification stating the change of the community name from Pallar to the original, traditional one – Devendrakula Vellalar, and that the community should be taken off the list of scheduled communities.

These demands are not new – they have a long history spanning decades. Dr Krishnasamy had pointed out that it was the British, who in 1926-27 made the community SC – based solely on their deprived economic status. Here, he is perhaps providing a valuable hint to researchers in history who are open-minded for free frameworks. Historian Mike Davis in his book, Late Victorian Holocausts, writes about how the British rule disrupted “a complex network of social production including communal irrigation”.

A few generations back, the Devendrakula Vellalars were the custodians of this crucial component of agriculture in the villages of Tamil Nadu. It was with the complete colonial overhaul of agricultural land ownerships that the community seemed to have suffered grave economic setbacks and subsequently categorised as a scheduled community. Antagonistic and inhuman attitudes of some of the communities that emerged dominant did not help the situation either.

The British also played their cards cleverly. They created fault lines by placing the Kallar community in criminal tribes and Devendrakula Vellalar in the scheduled community list. The ensuing enmity had gone on for almost a century and the dominant ‘progressive’ narrative put the blame on ‘Brahminical Hinduism’, resulting even in Islamist mass conversions in 1980s that shocked India. Except Dr M G Ramachandran, the Dravidian polity also perpetuated the fault lines created by the British. This often resulted in criminal and tragic loss of human lives, particularly of people belonging to Devendrakula Vellalar community.

In 1999, under the Dravida Munnetra Kazhagam (DMK) government, the police opened fire at estate labourers who were demanding maternity leave and that their daily wages be fixed at Rs 100 a day. In the incident which is now known as ‘Thamiraparani river massacre’, 18 people including two women and a two-year-old child died. In 2011, under the All India Anna Dravida Munnetra Kazhagam (AIADMK) regime, seven men were shot dead by police during a rally against the detention of a community leader. Thus the path through which the community travelled even in the current decade has been one of thorns.

Yet the community has been keen on reclaiming its cultural and spiritual roots. The demand for name change shows that the community is equipped with exhaustive documentation of inscriptional evidence, ritual connections to major temples with special honours reserved for the community for centuries, and so on. It is said that even during the colonial period, an attempt was made by the then economically marginalised community to regain their original name, which was brushed aside by a certain Dravidian ideologue, who was then monopolising and dominating the social reform scene.

Also, by requesting to take the community out of the reservation list, Dr Krishnasamy seeks to address the problem of community development through affirmative programme based on economic criterion. He had asked the state and central governments to place his community under the ‘most backward castes (MBC)’ – which is an assertion that the community is culturally homogenous with the rest of Hindu community, and what is to be addressed is the economic backwardness.

This is a bold step and a brave social experiment. Dr B R Ambedkar, when speaking about minorities, had pointed out that religion cannot be the criterion for minority status in a secular democracy. On the other hand, socio-economic discrimination and cultural alienation, as it existed and continued to exist against the scheduled communities, or in the case of gender minorities in the society should form the basis of defining minorities. So the aim of affirmative actions like reservations should be to end and not perpetuate the alienation. Dr Ambedkar said:

In his address in the Constituent Assembly, Dr Ambedkar put the onus of this process on the majority – the Hindus of dominant castes. He said, “the moment the majority loses the habit of discriminating against minority, the minorities can have no ground to exist. They will vanish”.

What we are witnessing in the historic decision of Dr Krishnasamy and Devendrakula Vellalar community is the process of merging of a social minority community that had faced abuse and discrimination for almost a century, with the social majority. In this, one should say, Dr Krishnasamy and his community have placed great faith and hence a very great responsibility on the other Hindu communities of Tamil Nadu. When successful, this phenomenon will set a model for other communities now listed as scheduled communities to seek their original and respectful place in the cultural matrix, which has been denied by social stagnation and reinforced by colonial policies.

Already there are voices from the Parayar community with exhaustive historical evidence to show that they are not culturally marginalised or backward but that they were equal creators and contributors if not principal contributors to Tamil Hindu culture. Parayar community, also known as Siva Sambavar, have been recorded even by colonial sources as being adept in astronomy, medicine and Sanskrit. The great leader of the community as well as one of the eminent social reformers of Tamil Hindu society M C Rajah in his book Oppressed Hindus had documented the cultural rights and privileges the community enjoyed in the pre-colonial society as well as the contribution made by the society. Umanathan Sakhya of the community, who is active on social media, raises this awareness and also decries the use of the term ‘Dalit’ or ‘marginalised’ to describe the community. He advocates reclaiming the spiritual heritage and community investing in entrepreneurial and educational development. TADA Periyasamy, another Hindu scholar and activist of the community, has made a stellar contribution to reclaiming the cultural space that originally belonged to the community.

All these, in a way, are a part of the process of social minorities merging with the majority stated by Dr Ambedkar, but not in a passive way. The process is happening with self-respect while at the same time balancing it with social harmony, without compromising on social justice. As expected, the old media have been quick to bury their hands in the sand and tried to wish away this process, which goes against their ideological and political vested interests. There have been personal attacks against Dr Krishnasamy by Marxists and Dravidianists. However, Dr Krishnasamy has been bravely charting a course for the emancipation of his people from the prisons of victimhood mentality by walking against the tide. Like Vasudeva walking through the floods of Yamuna carrying infant Krishna, he carries forward the cultural justice and social harmony of his community, and the hysterical flood waters of Tamil Nadu polity should slowly but surely yield him way.