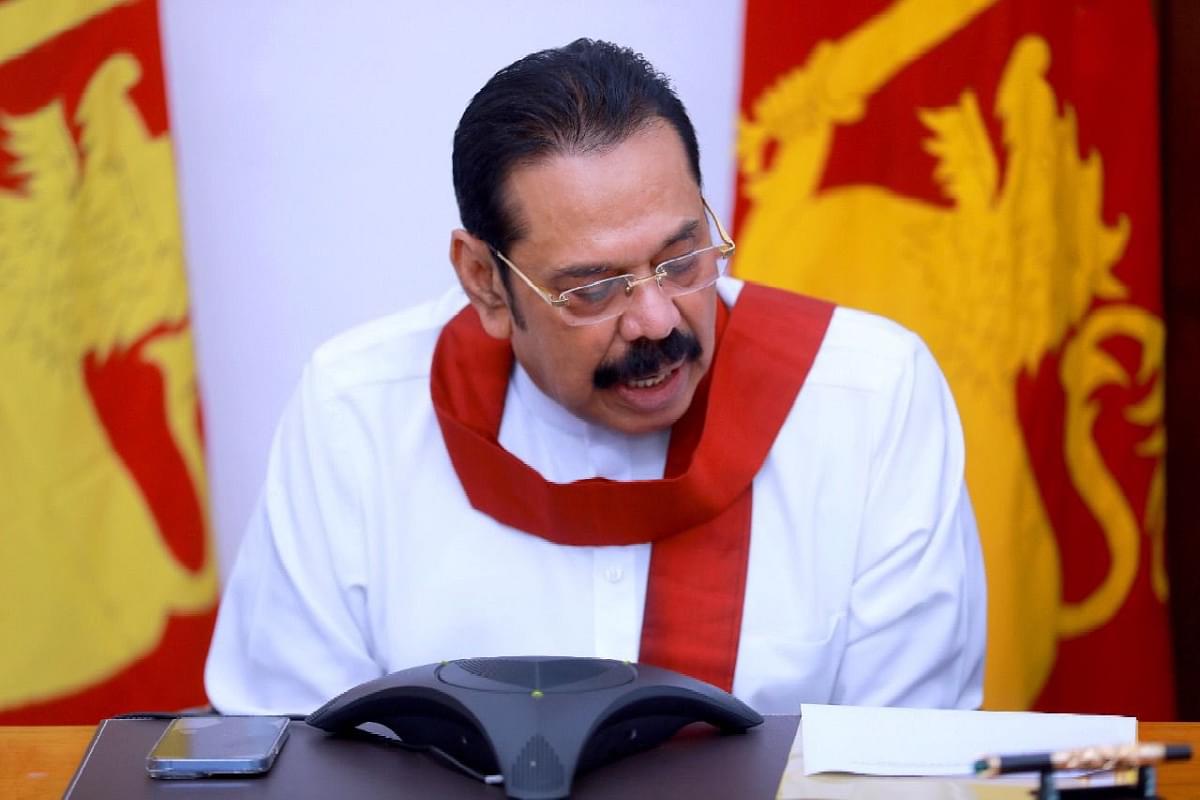 Colombo, May 10 (PTI) The Indian High Commission in Sri Lanka on Tuesday refuted as 'fake and blatantly false' local social media speculation that former prime minister Mahinda Rajapaksa and his family members have fled to India, a day after the patriarch of the powerful Rajapaksa family quit as premier amidst the unprecedented anti-government protests.

'The High Commission has recently noticed rumours circulating in sections of media and social media that certain political persons and their families have fled to India. These are fake and blatantly false reports, devoid of any truth or substance. The High Commission strongly denies them”, a statement said.

The whereabouts of Mahinda Rajapaksa is being speculated since his resignation on Monday. It was reported that Mahinda left his office-cum-official residence, Temple Trees, early this morning.

In its first reaction to the situation in Sri Lanka, India on Tuesday said that it is 'fully supportive' of the island nation's democracy, stability and economic recovery.

'India will always be guided by the best interests of the people of Sri Lanka expressed through democratic processes,' External Affairs Ministry spokesperson Arindam Bagchi said in New Delhi.

Mahinda, 76, resigned as prime minister amid unprecedented economic turmoil in the country, hours after his supporters attacked anti-government protesters, prompting authorities to impose a nationwide curfew and deploy Army troops in the capital. The attack triggered widespread violence against pro-Rajapaksa politicians.

A group of protesters gathered around the Naval base in the eastern port district of Trincomalee, claiming Mahinda had taken refuge there.

Calls for his arrest are increasing for his alleged instigation of a mob which went on to attack anti-government protesters who are calling for the Rajapaksa family, including President Gotabaya Rajapaksa, to resign.

At least 8 people have died while over 250 people have been injured in the clashes which also saw scores of properties belonging to ruling party politicians being set on fire.

President Gotabaya has urged the people to stop 'violence and acts of revenge' against fellow citizens and vowed to address the political and economic crisis facing the nation Sri Lanka is facing its worst economic crisis since gaining independence from Britain in 1948.

The crisis is caused in part by a lack of foreign currency, which has meant that the country cannot afford to pay for imports of staple foods and fuel, leading to acute shortages and very high prices.

Thousands of demonstrators have hit the streets across Sri Lanka since April 9.