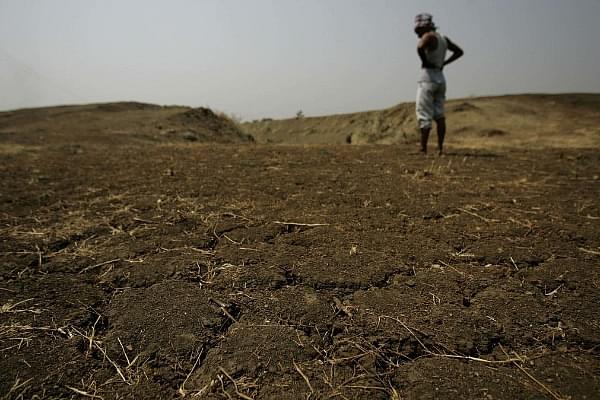 Data do not support the thesis that farmer suicides are particularly unusual in a country where poverty and distress of many kinds remain widespread problems. (Prasad Gori/Hindustan Times via Getty Images)

The 10-day farmers’ agitation that ended on 10 June may not have had the kind of impact its backers had hoped for – disruptions in vegetable and milk supplies to most cities were minimal – but it would be foolish to pretend that the strike was only a political ploy to embarrass the party in power at the Centre.

Farmers are hurting, and they deserve help; unfortunately, the help they are seeking is of the wrong kind, which involves raising minimum support prices (MSPs) and extending loan waivers far and wide.

Those whose hearts bleed for farmers use two emotional ploys to validate their claims: they contrast the huge loan defaults by big businesses against the paltry sums owed by small and marginal farmers to banks; they also raise the question of “rising” farmer suicides to point out how desperate the situation is.

The problem with both arguments is that that they are wrong but difficult to counter. You can’t easily counter emotion with logic and facts. When you posit a Rs 90,000 loan that is breaking a farmer’s back with the Rs 9,000 crore owed by Vijay Mallya, it does seem like the farmers have a point. But they don’t; no one would object to waiving off a farm loan in isolation if the farmer concerned can’t repay for whatever reason. The problem is with the political demand to write off loans across the board, whether the borrower can pay or not. The problem with loan waivers is their non-discriminating nature.

If farm loan waivers were restricted to those who cannot pay, due to crop failure or other personal incapacities, no one should object.

The second argument, which involves using absolute numbers of farmer suicides to tell us that we city slickers are all hard-hearted, is even worse.

A study on farmer suicides in India (1997-2012) by K Nagaraj, P Sainath, R Rukmani, and R Gopinath provides us with some figures that are revealing – during the period, some 2.6 lakh farmers committed suicide (which looks large), but this constitutes barely 14.2 percent of the total number of suicides in India (read here). This is far below the numbers who make a living from farming or farm-related activities. Swaminathan Aiyar made a similar point in his column where he pointed out that farm agitations reflect farmers’ political clout, not underlying farm distress.

Another point: not every farm suicide relates to failure of farming. Like other humans, farmers surely have many reasons to feel depressed and commit suicide. To lump any suicide on the farm as a “farmer suicide” is ridiculous, especially when half of Indians are linked to the rural/agricultural sector for livelihoods. Logically, half of India’s suicides should be on the farms, but this is manifestly not the case.

One can make the case that even one suicide is one suicide too many, but the data do not support the thesis that farmer suicides are particularly unusual in a country where poverty and distress of many kinds remain widespread problems.

The purpose of making these two points is not to deny the fact of agricultural distress or low farm incomes but to reject the wrong arguments made in support of wrong policies.

For remedies, we need to start from the politics of it all and then move down to the economics.

First, since farm loan waivers are political tools rather than economic palliatives for the distressed, the chances of misuse are high. Few politicians will balk at writing off huge amounts of loan if they think this can get them re-elected. So, the first political imperative is to arrive at an all-party consensus that no across-the-board farm loan waivers will be given, ever. Waivers must be selective and given only to the needy. Of course, no party may agree to this, but a multi-party panel headed by an opposition politician (Chandrababu Naidu or Naveen Patnaik) should work out a list of dos and don’ts on waivers, and some parts of the report can be legislated by the Centre and states. States that still offer across-the-board waivers should be penalised through lower grants from the Centre in the following year.

Second, MSPs and subsidies cannot be raised or run forever. At some point, MSPs need to be shrunk and markets allowed to pay remunerative prices to farmers. Farmers can be protected from wild swings in prices through the use of price stabilisation funds and sales in futures markets. Subsidies need to be whittled down in phases and farmers given cash equivalents of the subsidies at the time of phasing out. The subsidies should stop whenever farmers sell their farms or when they move out of farming to non-farm jobs. (It will be tough to administer this, but a solution along these lines is imperative based on pilot projects in some districts).

And, yes, farmers with more than, say, three hectares of land under farming should file income tax returns. (Tax help centres can be set up in every district.)

Third, leasing and selling of land should be made easier so that the lessee is able to invest in productivity tools and improve output, and the landowner gets rent and freedom to seek a job elsewhere.

There can be more ideas, but the right place to begin formulating them is from the Parliament, cascading down to states. Politics is the reason for farm distress; it is apt, then, that solutions should begin from there.