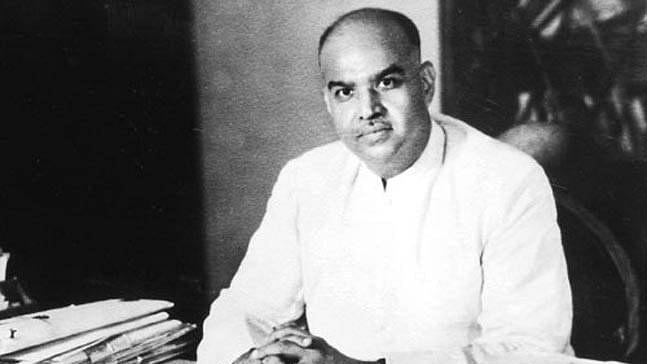 Syama Prasad Mookerjee may have saved Bengal from becoming a part of Pakistan, but a film depicting his role in doing so has faced an unofficial boycott, with all the 103 movie theatres across Bengal that were scheduled to screen the feature film from Friday (27 April), cancelling the shows at the eleventh hour.

Danga, The Riot highlights the role of Mookerjee, played on screen by former chairman of the Film & Television Institute of India, Gajendra Chauhan, in foiling the Muslim League’s game plan of making Bengal (east and west) a part of Pakistan. The film, whose title is a reference to the Great Calcutta Killings, also shows how Mookerjee saved thousands of Hindus from certain annihilation in the Muslim League-triggered riots in Calcutta in August 1946 by forcing the British administration to act against the rioters.

Milan Bhowmik, the director of the film, said that the owners of all the theatres that were scheduled to screen his film, have been “unofficially threatened”.

“I have the audio recording of my conversation with a booker and an exhibitor where they have told me that they got calls from the police asking them not to screen the film,” claimed Bhowmik. He added that the alleged threats amounted to a nasty attempt to sabotage the film and prevent people from getting to know about the contributions of Mookerjee.

Bhowmik said 26 theatres in north Bengal were to have screened the film from Friday, but all the screenings have also been cancelled. Krishna Daga, the primary booker of the film in Bengal (a booker is a person or firm that books a film from a producer for distribution across theatres in one geographical area) and president of the Eastern India Motion Pictures Association, said no official instruction was received from anyone in the state government on the film’s screening. He, however, conceded that exhibitors (movie hall owners) may not be willing to screen a movie dealing with a sensitive subject like a communal riot. But he could not explain why all exhibitors in Bengal had collectively gotten cold feet on the eve of the film’s release.

Two movie hall owners Swarajya spoke to confirmed that they were asked by the state administration not to screen the film. “We were told that if we screen the film, we will be doing so at our own risk and that there are reports of protests being planned in front of theatres that screen the film. I was told the police would not be able to provide any protection from the protesters. I cancelled the screening and informed the booker on Thursday (26 April) since I do not want to take any risk and do not want any damage to my property. I also did not want to incur the displeasure of the state government,” said the owner of a movie hall in south Kolkata that has scheduled two shows of the movie. He did not want to be named for obvious reasons.

A report in Friday’s edition of the Times of India quoted Jagmohan Chaudhury, the booker for Indira Cinema (a prominent movie hall in south Kolkata’s Bhowanipore near Chief Minister Mamata Banerjee’s residence) as saying: “We belong to the business community. I don’t want to get into any controversy. I was asked to cancel the screening and will not screen the film.”

The film was awarded certification by the Central Board of Film Certification (CBFC) after four cuts. Bhowmik said the CBFC ordered some lines – one of Muhammad Ali Jinnah speaking ill of Jawaharlal Nehru and another of Huseyn Shaheed Suhrawardy – deleted. Earlier (in 2016), the regional CBFC in Kolkata said the movie was “extremely polarising” and feared that it might cause communal disharmony. The film also has a poem penned by current Bengal Governor Kesari Nath Tripathi.

Bhowmik says his film is a tribute to Mookerjee. “Many in Bengal are unaware of Mookerjee’s life and his works. Had he not intervened, there would have been no (West) Bengal today. He also saved thousands of Hindus from being butchered in the riots of August 1946 by forcing the British administration to act against the Muslim League rioters,” said the director.

This unofficial censorship and forced boycott of the film, allegedly by the Banerjee government, has not triggered even a ripple of protest from the so-called advocates of free speech. The film is, however, being released as scheduled in 26 theatres across Bihar and Jharkhand and 37 theatres in Assam.

A Date Bengal Should Not Have Forgotten