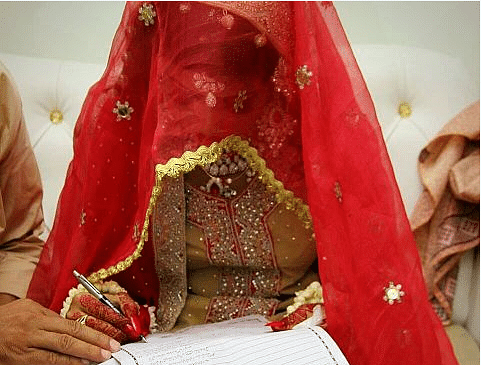 Personal laws, however inequitable, are considered sacrosanct and cannot be challenged for being in conflict with the Constitution of India without touching a raw nerve. In the absence of steadfast judicial interpretation in various cases where personal laws were disputed, the high-profile triple talaq issue acquires much interest and will give rise to numerous speculations before the specially constituted bench pens its verdict.

The contention whether triple talaq is an inherent part of Islam or not will be central to the ruling. However, amidst all the searing exchange of legal prowess, one hopes the women of the Muslim community, scarred by indignity and hopelessness, have something to celebrate at the end of it all.

The Supreme Court today concluded its landmark hearing on triple talaq, reserving its order. A multi-faith, all-male, five-judge bench of the Supreme Court has been hearing blistering arguments in a six-day proceeding that started on 11 May to establish the constitutional validity of triple talaq.

On the final day of the proceedings today, Chief Justice of India (CJI) J S Khehar picked up the Quran and said unequivocally, that the practice is “mentioned nowhere in the book”, and queried how the Muslim community could claim it was fundamental to the religion when they themselves admitted it was 'sinful' and 'worst form of divorce'.

Somebody gave this book to us... it says Talaq-e-biddat is a deviation from the right path. And now this is read and reread during every Friday afternoon prayers. So during every prayer, you say triple talaq is bad, sinful.

All India Muslim Personal Law Board's lawyer Kapil Sibal, reiterated that "testing the validity of customs and practices of community is a slippery slope" and added that the "Supreme Court must not venture there."

A key development today was that the AIMPLB said it can issue a directive to clerics to record at the time of the nikahnama, or marriage contract, whether the woman accepts triple talaq or not. This was in response to CJI J S Khehar’s query whether the AIMPLB can issue such a directive.

1. The Supreme Court said that the triple talaq is legal, but it is the worst and not desirable form for dissolution of marriages among Muslims. The court also queried how such a "sinful practice" can be taken as ordained by god and become a law.

2. “If the SC completely strikes down triple talaq, we will bring in a law. We will not leave the people high and dry,” said Attorney General Mukul Rohtagi.

4. Sibal said challenging the constitutional validity of triple talaq, or instant oral divorce, could lead to a backlash in the Muslim community, which might see its rights as being infringed upon and therefore resort to supporting practices like polygamy and oral divorce.

5. Senior lawyer Indira Jaising said: “For deciding constitutionality, there is no difference between codified and uncodified law.”

Why is the SC hearing this matter?

The hearing is rooted in a 16 October 2015 order of the apex court by which it had directed the separate listing of a public interest litigation addressing the question of rights of Muslim women vis-a-vis these three customs. The hearing holds importance as the Allahabad High Court in its verdict pronounced in the last week of April, had held the practice of triple talaq as unilateral and bad in law.

The Supreme Court had on 30 March this year said that the Muslim practices of triple talaq, nikah halala and polygamy are issues that are "very important" and involve "sentiments" and a constitution bench would hear the petitions from 11 May.

What are the issues before the SC bench?

Does personal law come under the ambit of Constitution of India? Four questions Supreme Court will address:

1. Whether the impugned practice of triple talaq is protected under Article 25(1) of the Constitution of India?

3. Whether personal law is law under Article 13 of the Constitution?

4. Whether the impugned practices of talaq-e-biddat, Nikaah halala and polygamy are compatible with India’s obligations under International treaties and covenants to which India is a signatory?