Five Men Arrested For One Complaint. All Denied Bail. BJP Opposition And Its ‘Godi Media’ Spoke Up Only For The Muslim Man 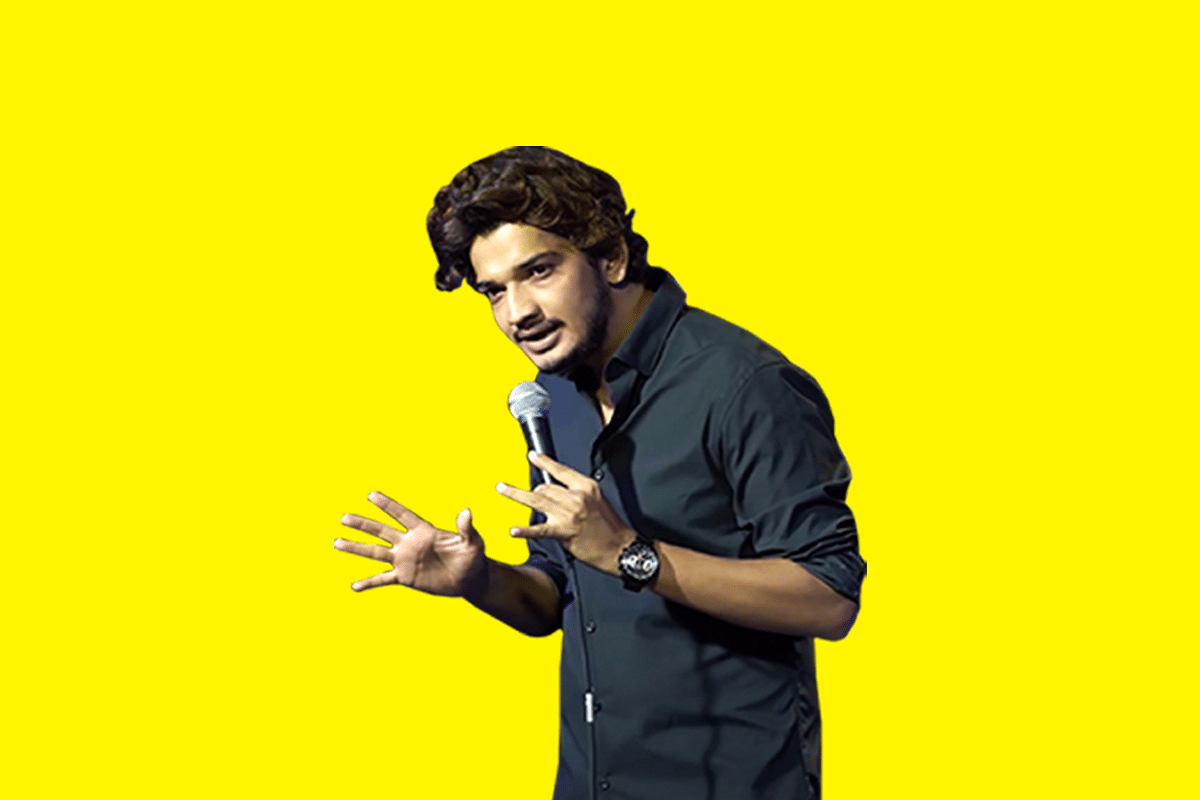 A case of alleged blasphemy recently registered in Madhya Pradesh, which is currently governed by the Bharatiya Janata Party (BJP), is being hotly debated and criticised by opposition leaders and anti-BJP media.

Here Are Facts Of The Case In Brief:

On 1 January 2021, an FIR (number 2/2021) was registered at Tukoganj Police Station in Madhya Pradesh’s Indore on a complaint by one Eklavya Singh Gaud, who is the son of local BJP MLA Malini Laxman Singh Gaud and head of a Hindu outfit.

As per the complaint, participants of a stand-up comedy show at Munro Cafe were cracking indecent jokes on Hindu religious gods and Union Home Minister Amit Shah.

All suspects were arrested on the same day. The next day, one Sadakat Khan was additionally arrested.

On 2 January, a bail application filed by all of them (except Sadakat) under IPC Section 437 of the CrPC, was rejected by the magistrate.

On 5 January, the Sessions Court rejected the bail applications filed by Faruqui and Yadav.

Both then moved the Madhya Pradesh High Court.

On 28 January, the High Court rejected the bail pleas, stating that there is a constitutional duty on every citizen and the state to promote harmony and the spirit of common brotherhood irrespective of religious, linguistic, sectional, and regional diversities.

On 5 January, the Supreme Court granted ad-interim bail to Faruqui, observing that the law laid down by the top court in its 2014 judgement in Arnesh Kumar v. State of Bihar was not followed and the procedure under Section 41 of CrPC (arrest without warrant) was not complied with.

Meanwhile, Sadakat’s bail plea too was rejected by the district and sessions court.

Faruqui Singled Out In Criticism Of The Case

Until the time of publishing this report, only Munawar Faruqui was out on bail while the rest of the accused, except the minor boy, were still in jail.

As per reports, the Indore District Court on 12 February extended the judicial custody of the four men to 24 February.

All along the unfolding of the case since registration of the FIR, the key BJP opposition leaders and anti-BJP media — opposition’s own ‘godi media’ — have criticised the arrest and custody of only one man: Munawar Faruqui.

Most of the criticism has referred to Faruqui’s Muslim identity to say he has been victimised for his religion. This is in line with their propaganda of Muslims being ‘persecuted’ under the ‘Hindu naitonalist’ BJP government.

On 4 January, senior Congress leader Shashi Tharoor tweeted that the Munawar “episode shames us all”. At the time of posting that tweet, all the accused were in jail and not just Faruqui. Yet, Tharoor chose to name only Faruqui.

This @munawar0018 episode shames us all. As a democracy; as a country mature enough to enjoy a laugh;as a society that does not discriminate on the basis of religion; as a state system where the law& police work impartially. In none of these categories can we hold our head high. https://t.co/7oN9bCB2LK

On 18 January, national spokesperson of Congress, Shama Mohamed, said in a Twitter post that “it is clear that Munawar is being deliberately & maliciously targetted by a vindictive BJP govt for only one reason”.

It’s quite obvious that the “only one reason” that Mohamed was referring to was Faruqui’s Muslim identity. Ironically, Faruqui was the only man among all the accused out on bail that time.

UP Police obtains production warrant for #MunawarFaruqui for a flimsy case lodged last year. It's clear that Munawar is being deliberately & maliciously targetted by a vindictive BJP govt for only one reason! Despite no evidence, the BJP is determined to keep him in jail

Srivastava Y B, national in-charge of the Youth Congress and former Congress media cell chief, has singled out Faruqui in nearly all his condemnations of the police case.

ðºð² No Discrimination, All are Equal
ð®ð³ Hindutva Rules, No Secularism

BJP Bhakts have never cared about Freedom or Equality. They are bigots who change stands to suit themselves.

In a post on 6 January, Srivatsa made a sensational claim that in ‘New India’, only Munawar or Siddique or Kafeel are denied bail. The post suggested that only Muslims are being denied bail by the courts.

By that time, all the arrested accused were in jail and a day earlier, bail pleas of both Faruqui and Yadav had been rejected by the Madhya Pradesh High Court.

Bail is a Rule, Jail is an Exception except if your name is Munawar or Siddique or Kafeel.

This is the new rule in the Fascist Banana Republic of New India.

This correspondent has earlier documented how the English language legacy media, largely seen as anti-BJP, has singled out Faruqui in their reports and editorials criticising the police case that is being seen as abuse of law and attack on freedom of expression.

See editorials by the Indian Express, Hindustan Times and The Times of India speaking up only for Faruqui here, here and here.

The English language digital media, that is heavily dominated by anti-BJP portals (many of their writers have been found wishing for death of Prime Minister Narendra Modi and BJP supporters. Read here, here and here), has pushed the Muslim victimhood narrative in the case even more aggressively. These include The Print, The Wire, and The Scroll.

Taking a cue, global publications such as the BBC, Aljazeera and Deutsche Welle, too have singled out Faruqui in their critical coverage of the police case (read this).

The latest such report, published on Time.com on 10 February, has not mentioned any of the arrested men other than Faruqui at all.