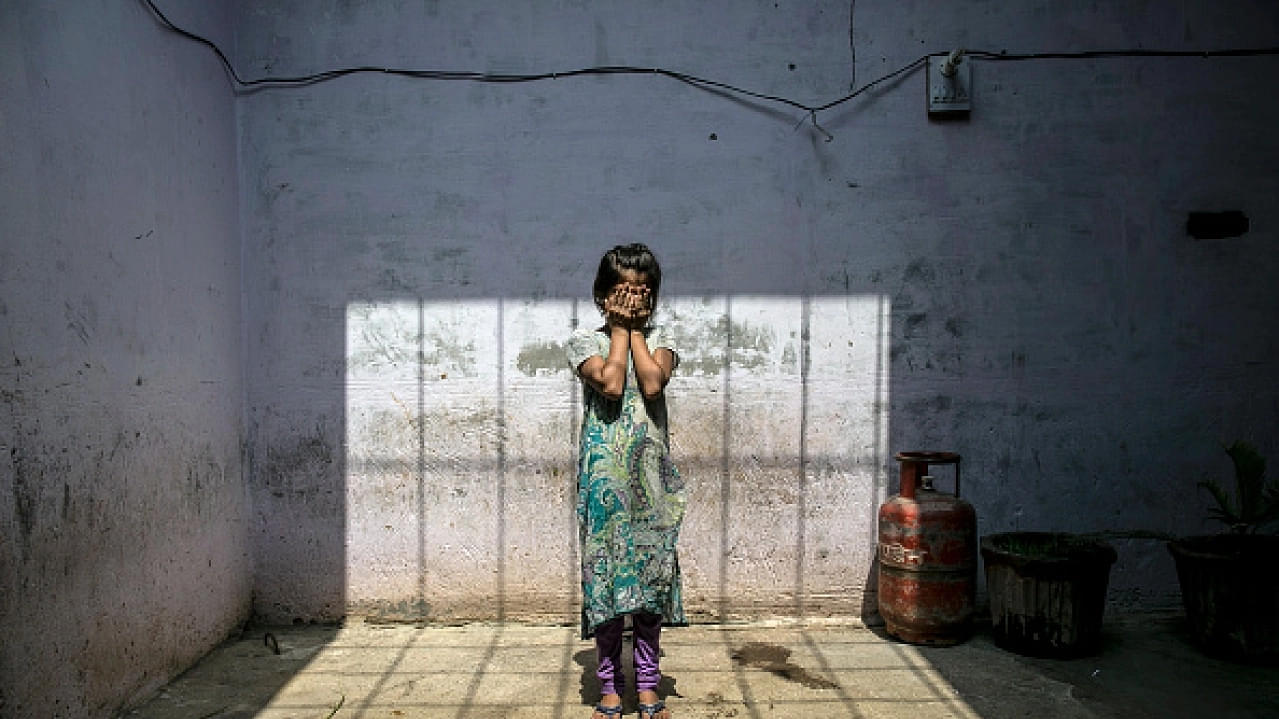 October, 2018: The Ghatkopar police station in Mumbai received a complaint from a local resident named Zakrul Khan, that one Sunny Gupta had posted something against Ajmer Sharif, a famous dargah in Rajasthan.

Police found that Gupta, a second-year civil engineering student, had uploaded a post on Facebook titled 'Why Hindus should not visit Ajmer Sharif Dargah' that hurt Khan's sentiments.

The police booked Gupta under Section 66F of the Information Technology Act that deals with 'cyber terrorism'. The law is used for acts that threaten the unity, integrity, security or sovereignty of India or done to strike terror in people. Punishment can extend to life imprisonment.

Picked up soon after the complaint, Gupta remained in prison for 45 days before he got bail.

March, 2019: The same police station received a complaint from parents of a Dalit minor girl that their daughter had been taken by one local resident named Akhtar Sheikh (a major).

It was soon learnt that Sheikh had kidnapped the girl, taken her to a dargah, kept her confined with him for three days and raped her. In this case, the police took more than two weeks to arrest Sheikh. Thanks to a weak case, he got bail within a day.

Not only this, the police refused to even name Sheikh in the First Information Report (FIR), and snapped at the parents when they insisted on it, blaming them for making a "Hindu-Muslim issue" out of it.

Both cases involve the same religious communities. A dargah also finds a peculiar mention in each. The similarities, however, stop here.

There is a massive difference in the magnitude of the crimes, and the way the police dealt with both. While in the first case, the Ghatkopar police trumped up charges to place a Facebook post in the league of terrorist acts, in the second case, the same police seem to have diluted the case against a rape accused.

Here's a closer look at the facts of the second case so far:

On March 14, a minor girl went missing from Ghatkopar area. When she did not return all night, her parents approached the local police station the next day to lodge an FIR. The police registered it but refused to name Akhtar Sheikh, despite the girl's mother repeatedly naming him as a suspect.

Instead, the cop - sub-inspector Sheetal Kanadkhedkar - booked an "unknown person" for luring the girl and taking her away, as recorded in the FIR (Swarajya has accessed the FIR).

The girl's mother told Swarajya over the phone, "The police officer who took up my case shouted at me. She said it's because of people like us that they have to run around because we can't take care of our children. She simply ignored Sheikh’s mention.”

What's more, the cop only applied Section 363 that deals with kidnapping and is a bailable offense. Despite the mother furnishing the girl's school certificate showing her to be a minor, Prevention of Child Sexual Offences (POCSO) Act wasn't invoked. And despite the girl belonging to a Scheduled Caste, SC/ST Act wasn't applied either. Most offenses covered in the two Acts are non-bailable.

Three days later, the girl was recovered and was brought to the police station.

The police's further course of action in the case is detailed in a letter by the Mumbai police commissioner to the National Commission for Scheduled Castes dated 16 April.

NCSC had intervened in the matter a day on 15 April. Swarajya has a copy of the NCSC letter and the Mumbai commissioner’s response.

The action raises several questions on the police's conduct.

The letter says that on 18 March, the victim deposed that she had gone along with her friend Akhtar to Chansoly dargah in Mumbai's Powai area. The next day, the victim was brought before the Juvenile Justice Board (JJB) and her medical examination was carried out on 1 April at Rajawadi hospital. The report confirmed sexual assault.

Here's how making the case weak during the early steps went in favour of the accused: Sheikh was arrested on 28 March on the charges of kidnapping. With no POCSO and ST/ST Acts applied, and no timely medical examination done on the victim, Sheikh got bail from the court the very next day.

Moreover, even after the girl admitted after her recovery that it was Akhtar who had kidnapped her, the police still did not add the accused's name in the FIR.

"When we went to the police station again after her recovery, asking for further action to be taken in the matter, Sheetal accused us of making it a Hindu-Muslim issue. She refused to add his name again," the mother told Swarajya.

On 2 April, the police added section 8 and 12 of the POCSO in the FIR. The parents, however, were not satisfied with the medical report and the girl again underwent the test on 12 April, this time at JJ Hospital.

It's pertinent to mention here that it was only on 15 April - the same day when the NCSC pulled up the Mumbai police - that the cop added sections of rape and criminal force (sections 376 and 354) in the FIR, along with sections 4 and 6 of POCSO and relevant sections of SC/ST Acts.

As per an activist who took the case to the NCSC, the police have erred on three other counts as well.

“One, the victim’s first statement was recorded in a manner that her kidnapping appeared to be a consensual walk with a friend to a dargah. Two, the case was given to a sub-inspector when the law clearly states that such cases are to be handled by a Deputy Superintendent of Police or an Assistant Commissioner of Police-level officer. Three, recording of the victim’s statement under 164 CrPC has been delayed by three weeks, by which time she will have become a major,” Vashi Sharma, president of a rights organisation named Agniveer, told Swarajya.

He explained, "The first statement of the victim on 18 March has been recorded as saying that she went with her friend to the dargah. We believe that it has been done to make her kidnapping look like consent. Do the police not know that a minor's consent has no meaning?"

On the victim’s statement under 164 CrPC, Sharma said that the way the cop scheduled it on 30 April, despite the court granted permission for the same as early as 9 April, raises suspicion.

"The victim will turn eighteen on 22 April and the police know it. We have strong reasons to believe that the police, which have been shielding the accused so far, kept the date after her eighteenth birthday. She will be a major by then," said Sharma, who has been involved with rescue of minor victims for a decade now.

Sharma, who holds a doctorate from the Indian Institute of Technology-Bombay, intervened in the matter after a Twitter user named Rakesh Patil posted about the case in a series of viral tweets on 14 April.

The girl's parents fear the same. "My daughter has been raped. She doesn't understand anything," the girl's mother told Swarajya over the phone. "What if she consents to living with Sheikh under pressure? Will I lose her to her rapist?" the mother said in panic.

Notably, the girl has been living away from her parents for more than a month now. A day after the girl was recovered, the police sent her to a juvenile home, where she continues to stay till date. The mother said that she is allowed to meet her daughter once in three-four days.

As per Sharma, this raises suspicion on the cop’s intention. "What are they waiting for? For the girl to turn eighteen, buckle under pressure and issue statement of wanting to marry her rapist?”

The girl’s mother told Swarajya that the accused’s mother recently told her neighbours that she is all set to welcome a new bride in her home.

There is a stark difference in the way the police have acted in both the cases. A Facebook post has been treated as a far more heinous crime than kidnapping and rape of a minor girl.

What explains the zeal in the first case and the indifference in the second? Political correctness or fear of acting against a community?