Former CM Jayalalithaa’s House Taken Over By Tamil Nadu Government, Here’s The Politics Behind The Bungalow 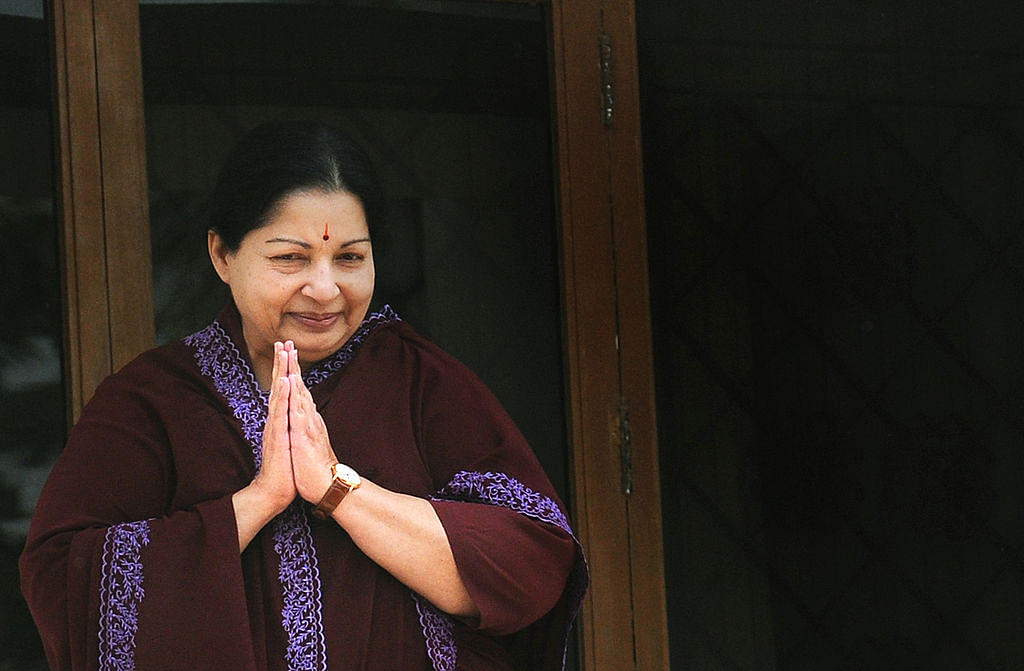 There is more than what meets the eye in the All India Anna Dravida Munnetra Kazhagam (AIADMK) government in Tamil Nadu trying to take control of the residence of its late leader J Jayalalithaa at Poes Garden, one of Chennai’s posh residential localities.

On Friday (24 July), the State government, headed by Edappadi K Palaniswami (EPS), deposited Rs 67.9 crore with a civil court as a compensation for taking over “Veda Nilayam”, the Poes Garden residence of the late AIADMK supremo.

The money deposited in the court now sees the Edappadi K Palaniswami (EPS) government being a joint owner of “Veda Nilayam”, valued at over Rs 100 crore at today’s going rate in the market for the 24,322 sq feet bungalow.

The Income Tax Department is the other owner, having laid its claim to the late State Chief Minister’s residence, bought by her actor-mother Vedavalli known as Sandhya on the screen reportedly for Rs 1.32 lakh in 1967.

The Income Tax Department, which claims the first right over the property, has said that the late leader owes it nearly Rs 37 crore as tax dues.

The EPS government is running into a stiff resistance in taking over the late chief minister’s bungalow on two fronts.

One, the Poes Garden residents are opposing the State government converting it into a memorial partially, saying a large turnout of the people will affect the peace in the area and disturb them.

A petition moved by the area residents welfare association in the Madras High Court has been dismissed saying the residents' argument cannot be accepted and was premature.

Two, Deepa Jayakumar, Jayalalithaa’s niece, who has been declared as one of her legal heirs by the Madras High Court, is opposing it and has said that she will go to the Supreme Court against the takeover of “Veda Nilayam” by the State government.

The State government, in a bid to counter the locals’ opposition, has told the Madras High Court that a major portion of “Veda Nilayam” would be converted into the official residence of the chief minister. The remaining part of the premises would serve a memorial for the late leader.

Deepa said she and her brother Deepak Jayakumar are unanimous in their view that “Veda Nilayam” cannot be taken over by the government.

“You can consider it to be a temple but you cannot convert that into a temple,” she said.

Claiming it to be her ancestors’ property, the legal heir said that all important functions of the family have taken place in “Veda Nilayam” and the Tamil Nadu government was trying to usurp their belongings.

Stating that the bid to take over Jayalalithaa’s bungalow by the EPS government was in view of the State Assembly elections in May next year, Deepa said, as heirs, they could have given the premises had it been sought for a social welfare purpose.

“Jayalalithaa wanted to convert it into an educational institution,” she claimed.

At the outset, this might look like a direct dispute between two parties, but there is more to it, given the fact that a week ago, Deepak moved a petition in the Madras High Court seeking access to “Veda Nilayam”.

Deepak was the person who was brought by Sasikala Natarajan, the aide of Jayalalithaa, to Marina beach to perform the former chief minister’s last rites.

Sasikala is now serving her four-year prison term at the Parappana Agrahara Central Prison in Bengaluru.

Sasikala was imprisoned after being convicted in the case in which she was accused of having accumulated wealth disproportionate to her known sources of income.

Jayalalithaa, the main accused in the case, died before the apex court gave its verdict.

Deepak is being identified in the camp of followers owing allegiance to Sasikala, who almost became the State chief minister in February 2017. Despite being in prison, the aide of Jayalalithaa has reportedly been in touch with her followers and meeting them in the prison.

With Sasikala now scheduled to be released from prison sometime next month, the EPS government thinks that she could directly enter “Veda Nilayam” than head elsewhere.

Poes Garden, then, could turn out to be a hub of activities of those opposed to EPS and his government, besides those waiting to pull the rug from under the AIADMK government’s feet.

The party has already undergone a split with Sasikala’s nephew TTV Dinakaran, who was expelled from the party, floating the Amma Makkal Munnetra Kazhagam (AMMK).

If Deepak and Deepa continue to be in possession of “Veda Nilayam”, Sasikala will likely face little problem in entering the premises.

Observers also point out that the Poes Garden residents’ association had moved the High Court against the government takeover of “Veda Nilayam” a day before Deepak petitioned the court.

Probably, the association is also trying to help Sasikala.

Though the Madras High Court has declared Deepak and Deepa as the legal heirs of Jayalalithaa, the State government issued an ordinance to facilitate the taking over of “Veda Nilayam”.

This is still in force and no court has struck this down, giving the EPS government a legal hold over the property.

The legal view is that the State government can acquire Jayalalithaa’s residence, in which she lived for over three-and-a-half decades until her death, for public cause as long as it provides fair compensation.

Friday’s move by the EPS government in depositing money to acquire “Veda Nilayam” is strengthening its bid to deny any space for Sasikala to carry out her manoeuvres against the AIADMK.

EPS has fortified his position and has even defied a bid by TTV Dinakaran to take over the reins of power by expelling him from the party.

EPS and OPS, who are seen united now, suspect that Sasikala’s entry into Poes Garden could sway some of the weak links in their armour, at least when elections draw closer.

This is the main reason why the government is in a tear away hurry to take full control of “Veda Nilayam”.

For the record, Poes Garden is one of Chennai’s posh localities in the heart of the city.

Tamil actor Rajinikanth is a resident of this high-security area.

Chennai’s now defunct Binny and Co bought Mr Poe’s property in 1921 and divided it among its directors.

When the directors were shifted to nearby Adyar locality, the area was converted into a residential colony with plots being offered to the public.