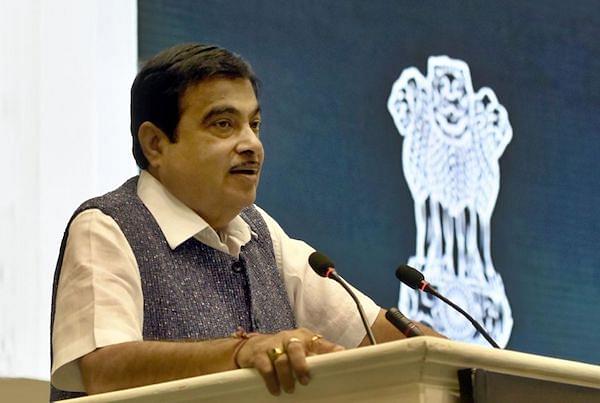 Nitin Gadkari, perhaps the National Democratic Alliance (NDA) government’s best-performing minister, has been marking himself out from the Narendra Modi government for some time now. Perhaps he senses that the next general election may diminish the Bharatiya Janata Party (BJP)’s Lok Sabha tally to the point where a non-Modi BJP alternative will be sought to head a new rainbow coalition.

Consider some of the statements he has been making – some reasonable, others not so much.

A few months ago, just when the problem of banking non-performing assets (NPAs) was peaking, he claimed that he had saved banks from having to nurse another Rs 3 lakh crore of NPAs in the infrastructure sector.

This is not an unfair claim to make, since Gadkari changed the financing model of road projects to make them viable again. He should certainly get the credit for his part in preventing the bad loans problem from getting worse.

In October, however, he needlessly embarrassed the Modi government when he told a Marathi TV channel that the BJP had been told to make tall promises before the 2014 election since the party didn’t expect to come to power (on its own). He was quoted as saying: “We were very certain that we can never come to power. So, we were advised to make tall promises. If we don’t come to the power, we won’t be responsible anyway...Now that we are in power, people remind us of our promises. However, these days, we just laugh and move on.”

We don’t know if Gadkari meant this as a joke, but it was taken seriously enough for Rahul Gandhi to share the video with Gadkari making this statement.

Gadkari’s claim is also questionable, for there was little doubt that the BJP would come to power in 2014; the only doubt was whether it would lead a coalition (in which case its own promises would not have mattered so much), or run the government with a majority of its own. So, this statement was unwarranted unless it was intended to damage the Modi-Shah duo’s credibility and bolster his own when the time comes.

Yesterday (13 December), Gadkari broke clean from the Modi government’s line of labelling Vijay Mallya as someone who defrauded banks to the tune of Rs 9,000 crore (Kingfisher Airlines). Gadkari is quoted by The Economic Times as having said: “Mallya paid his dues and interest regularly for 40 years. After that, he entered aviation and faced hurdles. Does that make him a thief? It’s fine when a person pays his dues for 50 years ... he defaults once and instantly becomes a fraud? This mentality isn’t right.”

The second argument against the Gadkari line on Mallya is this: if you are merely a failed businessperson, why did you exit the country clandestinely, allegedly with 300 bags? Which genuine, but failed, businessperson would flee the country if he had nothing more than business failure on his conscience? And it is not as if the banks willingly lent Mallya money to keep Kingfisher afloat. They were pressured to do so, and this hardly speaks much for Mallya’s claim that he is being made an example of.

In any event, Mallya claims he is willing to settle, but the government is not allowing him to do so in order to make him a scapegoat. It is possible that the government wants to make an example of him, but once again, the argument does not quite wash. If Mallya wanted to settle, he could have done so in any of the five years after his loan went bad in 2011. (He left the country in 2016.) That he didn’t do so tells us a different story.

But weeks before he left, he threw a lavish sixtieth birthday party in Goa. This is hardly a man with a large loan default on his conscience. The party came after the State Bank had declared Mallya a wilful defaulter, and the then Reserve Bank of India chief, Raghuram Rajan, caustically remarked in a TV interview: “If you flaunt your birthday bashes even while owing the system a lot of money, it does seem to suggest to the public that you don't care. I think that is the wrong message to send. If you are in trouble, you should be cutting down your expenses.”

Even now, if all he can be accused of is a failure with Kingfisher, he would not be resisting extradition to India. If he had voluntarily returned, he would probably have gotten bail after a few days of custodial interrogation on his defaults.

Gadkari is not doing himself a favour by batting for Mallya. He has chosen the wrong issue on which to mark out his differences with the Modi government.