Ground Report: Are Elections In Western UP Decided Completely By Jats? Will They Be Kingmakers In 'UP 2022'? 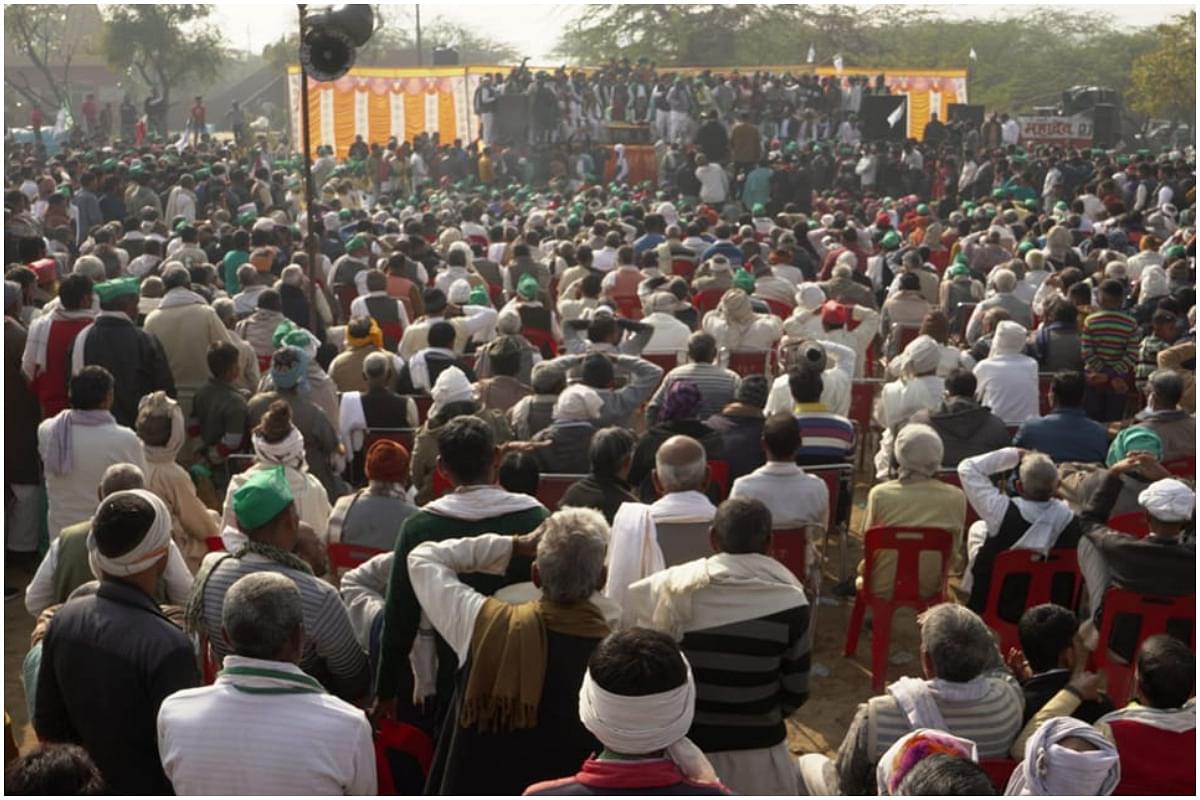 A group of men including some senior citizens were leisurely enjoying the winter afternoon sun in Ailum village in Shamli. Shuffled cards were put on a pillow over a khat (cot) and a game of cards was on. They didn’t mind an intrusion and an engaged conversation on the emerging political scenario.

“Jayant Chaudhary aadmi achha hai par wo galat jagah haath milaliya hai (Jayant Chaudhary is a nice man but has made alliance with the wrong side)”, said Jaiveer Singh. Before he could make begin his next sentence, two others sitting there started talking how this election was not about Jayant being right or wrong, but about where their preference lies.

BJP for them was not their preference in these elections. They started debating among themselves over the “right” or “wrong” in Jayant’s new found company.

Those playing cards in lush green sugarcane and mustard fields though didn’t have much positive to add about Jayant’s politics, except the emotional connect they continue to have with his grandfather “Chaudhary (Charan Singh) Saheb”. Charan Singh died 35 years ago in 1987 but a good number of people from the Jat community still connect with him emotionally.

Such a response was not limited to those sitting and chatting in fields of Ailum village; many in the Jat community felt the same. Those who have decided vote against BJP aggressively try and silence those who wish to vote for it.

For some reason, a substantive section of them are angry with the BJP. They wouldn’t quite say why, but they are angry. They bring out a whole lot of issues ranging from price rise, unemployment, stray animal menace, delayed sugarcane payment, higher electricity tariff, delay in procuring fertilizer and farmer agitation. It was interesting to see that farmer agitation was generally not listed amongst the first or primary issues of concern or anger.

The pattern is broadly the same in most parts of Western UP, Baghpat, Shamli, Saharanpur, Muzaffarnagar and Meerut where Jats have a socially dominant presence.

It was also clear that Akhilesh Yadav was not exactly their choice for the chief ministerial post. They were not very comfortable talking about him. Wounds of the Muzaffarnagar riots (2013) have not fully healed but they try and put that aside for reasons driving their recently acquired angst against the ruling party. No one says it in those many words but one gets the impression that the Jats or their fellow brethren who worked for the party didn’t get the attention they thought they deserved in last five years of the BJP government.

But it’s not a lost case for the BJP either. In each gathering over chai, tash and hukka, one would find some vocal supporters of for the BJP, no matter the protestations of those around. Also, it remains to be seen what happens in the areas where the Samajwadi Party candidate is contesting and not the RLD's. How would Jats eventually vote there?

One also gets the impression that the community is enjoying the kind of attention it is getting now—with Jats being talked about as the potential king maker in these elections. Besides the media attention, Union home minister Amit Shah meeting Jat leaders and overt feelers to Jayant Chaudhary have only added to the sense of excitement.

That leads to the question – are Jats really the king maker in these elections or is the Jat factor a hype created by the media and parties?

Consider some facts: Jats constitute around 1.5 percent of total population of UP.

There are 113 assembly seats in western UP out a total of 403 in the state. In some districts of Western UP, the Jat population is estimated to be as high 18 per cent. Though 113 assembly seats fall under the region that is considered 'western' UP, Jat dominance in a realistic sense is limited to a maximum of 25 seats. The first two phases of assembly polls in the State on 10 and 14 February are in these areas.

In 2017, the RLD (which portrays itself to be the party for Jats, of Jats and by Jats) could win only one seat in the 403-member state assembly. It subsequently lost its lone MLA too, because he switched sides. The RLD then had no option but to claim that he was expelled by the party.

In 2019, BJP’s Satyapal Singh defeated Jayant Chaudhary in Baghpat and BJP’s Sanjeev Balyan defeated Jayant's father, Ajit Singh, in Muzaffarnagar. , both seats with heavy Jat and Muslim concentration. This was in an election when the RLD was in alliance with the SP and BSP. Even the Congress had supported Ajit Singh candidature.

Since its inception, the RLD has aligned with all political parties: BJP, SP, BSP and Congress.

It is currently with the SP. Jayant Chaudhary has won an election only once, the 2009 parliamentary election from Mathura, when he contested in alliance with BJP.

The RLD's best performance in the assembly polls was in 2002 when it won 14. Interestingly, it had fought in alliance with the BJP.

Jats are a dominant and assertive community and vote aggressively. But there are others too, who vote quietly.