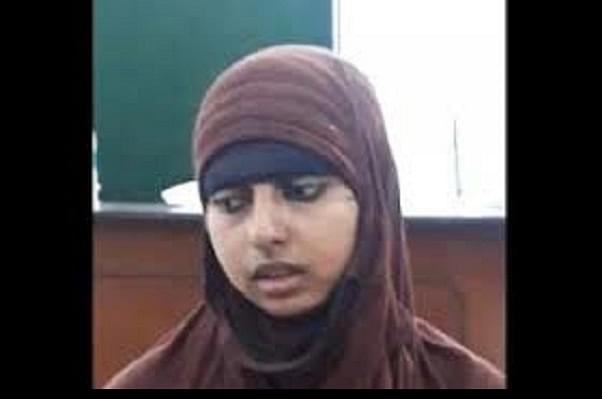 Not many were shocked when a 21-year-old girl, Tania Parveen, from Maleapur village in Baduria Assembly constituency was arrested in March last year for her links with the Pakistani terror outfit Lashkar-e-Taiba (LeT).

Situated next to the porous Indo-Bangladesh border, Baduria, in Basirhat sub-division of North 24 Parganas district north of Kolkata, has seen a huge demographic change over the past few decades.

Hindus, who were in a majority here once, have been reduced to a minority (about 32 per cent now) by Muslims who have crossed over from Bangladesh under the patronage of self-seeking politicians of Bengal.

The pernicious influence of Islamist clerics on the poor and illiterate Bangladeshi migrants has led to their alarming radicalisation.

This radicalisation, along with Mamata Banerjee’s Muslim appeasement, has spurred Muslim assertion and aggression.

And that has hit the Hindus, especially in the rural areas of this constituency, very hard. Hindus are being forced, through a combination of overt and covert tactics, out of their homes and lands.

So much so that at present, only some Hindu pockets exist. And surrounded by Muslims, they are embattled and under siege, leading miserable lives filled with fear and foreboding.

Tania Parveen (read this) personifies the radicalisation of Muslims, especially the young men and women of the community, in Baduria.

Parveen, who was pursuing a master’s degree from Kolkata’s reputable Maulana Azad College, had been radicalised by her uncle and then recruited into the LeT.

Her handlers in Pakistan tasked her with gathering information on bureaucrats and key installations, and also honey trapping Indian Army soldiers.

Police and intelligence agencies fear that there are many like Parveen in Baduria and Basirhat, in fact, in many parts of Bengal.

Most Muslims in Baduria send their children to madrassas where radical Salafi clerics preach hatred and intolerance.

Gokna Das Para is a Hindu hamlet neighbouring Maleapur village. Most of its inhabitants are Namasudras (scheduled castes), and many of them are descendants of people who fled horrific persecution in East Bengal and then East Pakistan and settled down in Baduria.

“My parents came over in 1946 and settled down in Brittipara, which is close to the international border now. I was born in Brittipara in 1951, and so were all my six siblings. Hindus kept on fleeing persecution — attacks, murders, molestation and rapes, social and economic boycott and forcible ouster from their homes and lands — and settling down in Baduria and other areas,” recalls Shaktipada Das, 70.

Das, who was a school teacher in Basirhat, recounts that from the late 1960s, Muslims started coming in large numbers. “They (the Muslims) were being encouraged to come by (Congress and Left) politicians and were being given ration cards and other documents that would make them Indian citizens. No help ever came our way,” he said.

Many of the Muslim migrants started settling down in Brittipara. “There were only two Muslims families in the area in the mid-1960s. By the end of the 1970s when the Left came to power in the state, Muslims formed about 30 per cent to 35 per cent of the population of Brittipara and surrounding areas like Gaborda Bazar and Sayestanagar,” said Shaktipada Das, who now stays at Gokna Das Para, about 25 kilometres away from Brittipara.

As the Muslim population started growing, so did the atrocities against Hindus. “Muslim youths would pick up fights with out children and that would often escalate into a major conflict between Hindu and Muslim families. Their boys would harass our daughters and young women. And they would commit petty crimes like thefts. Complaining to the police was of no help,” Das said.

“They then made it increasingly difficult for us to celebrate our festivals and made life very difficult for us. They would object to the sounds from blowing conch shells, beating dhaks (drums), taking out religious processions or singing kirtans (religious songs and hymns). Ultimately, we started selling our agricultural and homestead lands and moving away to Hindu majority areas where we would be safer,” said Das.

But safety, and a life free of harassment and worse at the hands of Bangladeshi-origin Muslims, has been elusive for the Hindus who fled Brittipara and surrounding areas.

Bimal Chandra Das, 54, was born in Kaijuri, about four kilometers north of Brittipara. His grandparents migrated from what was then East Bengal in the first decade of the last century.

“My father had four more brothers who also brought up their families, bought lands and led peaceful lives for many decades right till the early 1980s when Muslims started coming over from Bangladesh in huge numbers and settling down here. That’s when all our troubles started,” said Das, who was a state government employee.

Bimal Das says his two daughters used to be constantly harassed and propositioned by young Muslim men. “My young daughter-in-law also used to be eve-teased whenever she used to step out of the house. I took up this issue with Muslim elders, but they would just laugh me away,” he said.

Das, and his younger brother who was a trader and had three daughters, decided to leave Kaijuri when a Hindu neighbour’s daughter was abducted and taken away to Bangladesh, forcibly converted and married to a young man there.

“We came to know that some of our Muslim neighbours were complicit in the abduction. That was the time we decided to move away,” said Bimal Das. The two families sold their houses and farm lands at very low prices and settled down at Ishwarigacha, a locality quite close to Baduria police station.

This was their second displacement caused by Muslim atrocities in a span of less than half a century.

But over the years, the population of Muslims started increasing in the areas further inland (away from the international border) where hapless Hindus had moved away and settled down.

And the same story — of harassment and atrocities — has started repeating all over once again. According to the Hindu families of Baduria, the situation has turned worse for them over the past ten years.

“Muslims here have turned very aggressive and assertive. They harass us in various ways, and police cannot act against them. We see many Muslim preachers and clerics coming here from outside and a growing number of young Muslim women are wearing the hijab and the burqa. Most Muslim men, including youngsters, wear short pyjamas and keep long beards. This is a sign of their radicalisation,” said Soumitra Pramanik, a former police officer who lives in Raghunathpur neighbouring Maleapur.

The Hindu families say that the newfound aggression among Muslims is because of Mamata Banerjee’s policy of minority appeasement. “The Muslims know that the police cannot touch them and the politicians will protect them. So they harass Hindus and make lives so miserable for them that they (the Hindus) are forced to shift away,” said Pramanik.

Baduria Assembly constituency is made up of Baduria Municipality and 12 gram panchayats under Baduria community development block.

Of the approximately 2.8 lakh residents (projected population of 2021) in the dozen gram panchayats of Baduria community development block, the percentage of Muslims is nearly 68 per cent.

Four decades ago, the percentage of Muslims here was about 50 per cent and at the time of Independence (1947), Muslims formed about 32 per cent of the population.

But Baduria has always been represented by Muslim legislators since the first Assembly election in 1957. The Congress and the CPI(M) have shared the seat between themselves and the last two elections (2011 and 2016) have been trumped by Congress’ Qazi Abdul Gaffar.

The reason why Muslims have been representing this seat even when Muslims were not in a majority here is because the community always votes en bloc.

“Both the Congress and the CPI(M) were into Muslim appeasement and used to field Muslim candidates even in Hindu-dominated constituencies. That was their ‘secular’ policy. It is a different matter that the percentage of Hindus in many of the constituencies represented by Muslim MLAs has sharply declined and most of them are now Muslim-majority constituencies,” said a former professor of Basirhat College who did not want to be named.

The embattled and persecuted Hindus of Baduria have now decided to adopt the same winning tactic of voting unitedly that the Muslims have been successfully practising.

“We have decided to vote unitedly in favour of the BJP candidate, Sukalyan Baidya. We know we are a little over 20 per cent of the total population of this constituency. But if we vote as one, maybe Baidya will stand a chance of winning,” said Parimal Suklabaidya, a businessman and resident of Baduria town.

The Hindus are also hoping that the Muslim votes will get divided between Trinamool’s Qazi Abdul Mallick and the Congress’ Dr Abdus Sattar. Sattar is the Sanjukta Morcha (Congress-Left-Indian Secular Front alliance) candidate and, as such, will get the votes of the Left supporters as well.

But the Trinamool’s candidate is also a strong one and will get a substantial chunk of Muslim votes. Candidates of a few other smaller parties and some Independents will cut Muslim votes.

But despite the Muslim vote getting divided, the BJP’s Sukalyan Baidya stands little chance of winning. Because even if all Hindus exercise their franchise and vote for him unitedly, he will get just about 20 per cent of the votes.

Even in a multi-cornered contest where all candidates are quite strong, the candidate who wins in this first-past-the-post system usually bags a minimum 30 per cent vote share.

This realisation fills the Hindus of Baduria with deep regret. “If only we had got united in the past and voted for strong Hindu candidates who would have protected our interests, we would not have been in such a sorry state today,” said Shaktipada Das.

But the time for regrets is long over. Only a miracle can ensure Baidya’s win, and miracles don’t happen at the hustings.

Baduria, however, throws up very important lessons. Lessons on unity and the dangers of getting divided.