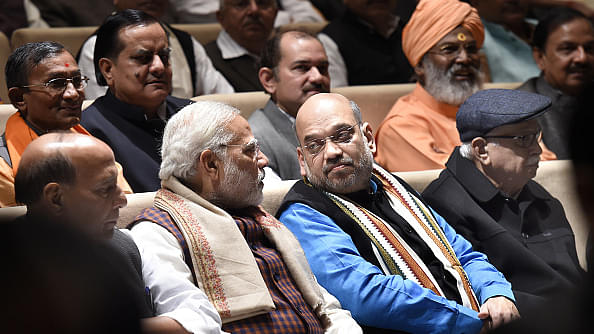 Last week’s Gujarat results have led to many analysts talking of an agrarian crisis resulting in farmers voting against the Bharatiya Janata Party (BJP). The results in Saurashtra, analysts said, showed that the BJP had fared badly since prices for cotton and groundnut, the main crops in the region, had crashed. The BJP lost 13 seats in the Saurashtra region and overall 14 seats in rural Gujarat. Were the analysts right in dubbing the loss of seats for the BJP in rural areas and Saurashtra?

An analysis by Swarajya shows that cotton prices in Rajkot district of Saurashtra region have always ruled above the minimum support prices (MSP) fixed by the centre from October 2015 till Gujarat went to polls – the final phase ended on 14 December. (The cotton season runs from October to September). As is typical of any agricultural crop, prices dropped during the arrival season and increased during the off-season or when arrivals got over. Cotton arrivals are typically by February when the third pickings of the bolls are completed. During the 2015-16 cotton year, farmers got good prices for their produce as the country’s production dropped to a four-year low of 338 lakh bales (of 170kg each). The trend of higher prices continued in 2016-17 too, until June, on strong demand for Indian yarn from China.

Cotton prices began to decline from June for two reasons. One, demand for yarn from China dropped. Two, cotton production was estimated to rebound to 371 lakh bales. Prices have still ruled higher than the MSP of Rs 3,860 a quintal for 2016-17 and Rs 4,020 for 2017-18. More importantly, cotton farmers didn’t panic when prices fell. Farmers are smart; they know that prices will rise during the latter part of the season. Most of the growers held back their produce and are now set to reap gains since the global cotton market is looking up on higher exports of the fibre by the United States (US) and stocks in China dropping. Higher demand and a lower production estimate have also made the market bullish.

While Gujarat cotton growers, especially in the Saurashtra region, did not panic, the Rupani government did three things to help farmers tide over the rough period. One, it announced that farm loans up to Rs 3 lakh would be free of interest. Two, a bonus of Rs 500 per quintal for cotton and three, the Cotton Corporation of India was asked to procure the stocks farmers brought to the markets.

Cotton industry players rule out that market forces or behaviour had any role in the outcome of election results in rural Gujarat in general and Saurashtra in particular. What then went wrong for the BJP? We will come to that later, but let’s also look at what happened to the groundnut crop.

Groundnut farmers had a mixed oil season in 2015-16 (October-September) until March. Prices gathered momentum in April on the Indian Meteorological Department predictions that monsoon would be below average in 2016. From then till December this year, groundnut prices have been going up and down. Prices have generally ruled below the MSP of Rs 4,220 in 2016-17 and Rs 4,450 this season on higher soyabean crop nationally last year and groundnut production rebounding this year in Gujarat to 32 lakh tonnes. Prices had hit a low of Rs 3,100 in September, but again, the Rupani government, in tandem with the central government, took a couple of decisions to help the farmers.

Besides making loans interest-free, the Gujarat government announced an additional Rs 50 per quintal as MSP for groundnut. Next, it began buying the groundnut crop from the farmers. A record 5.5 lakh tonnes of groundnut was procured by the state in the run-up to the election. Farmers were definitely not unhappy with the initiatives of the Rupani government when groundnut prices hit a low. Had the state government failed to act, then it would have earned the wrath of farmers and been clobbered at the hustings.

A scrutiny of the results will show that on an average, the BJP lost by a margin of a few hundred votes in the Saurashtra region, where 55 per cent of the total Patidars are concentrated. The election in the western region was riven by casteism. A section of the Patel community, especially the youth, were bought over by the promises of Hardik Patel and his friends. Many youngsters in the Patidar community have never seen any other government other than the BJP and thus swung towards the Congress. The firing on protesting Patidars in August 2015 had, to an extent, had its impact on the community. The Congress played its cards smartly and roped in Patel and his friends in its fight against the BJP. Casteism is an issue and it turned the tables against the BJP in Gujarat. In addition, the BJP failed to respond to various allegations and charges made by the Congress. The BJP also failed to tell the masses about its achievements and record in the Saurashtra region, resulting in losses in some seats.

People’s expectations in Gujarat from the BJP are high. It will now have to get going and ensure that it has something to show when elections to Parliament are due in a year’s time. Additionally, Finance Minister Arun Jaitley should focus on a pro-farmer or farmer-friendly budget.