Hamid Gul: Villain Of The Peace 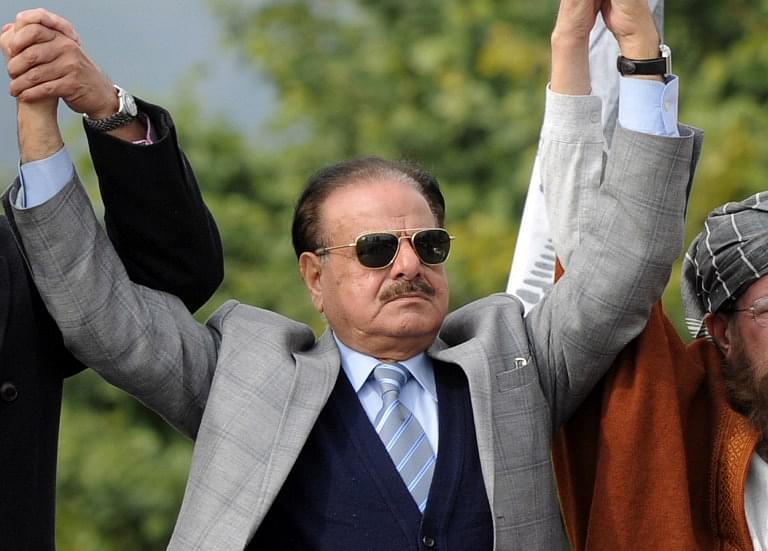 Hamid Gul, the man who conceived Zia’s strategy of a ‘thousand cuts’ is no more. This gives the context to remind ourselves how religious radicalism became the core of Pakistan’s India strategy and its proxy war in J&K

In the last few weeks relations between India and Pakistan continued with the usual ups and downs and J&K once again witnessed return of violent trends. In this context I often mentioned in strategic musings about General Zia’s strategy of a ‘thousand cuts’.

However, no political leader can ever claim exclusivity on such a strategy. Inevitably the most powerful appointment after Pakistan’s Chief Executive in 1987-88 was none other than Lt Gen Hamid Gul, the DG of Pakistan’s powerful Inter Services Intelligence (ISI). It can be presumed that his was the key advice which led Zia to operationalize the ‘thousand cuts’ strategy.qc_external_story_id

Hamid Gul is no more and leaves behind memories of his very intense personality which centered on his core beliefs of Islam and utter dislike for the US and India. I have met many senior Pakistani Army officers but could hardly perceive any of them religiously as radicalized as they are reputed to be.

I never met Hamid Gul but read enough about him to perceive him as a radical Jihadi. Perhaps in real life too he may have had alternative beliefs but his strategy was clearly centered on exploitation of religion to achieve his ends. That remains to the day Pakistan’s entire way of fighting an asymmetric war.

Internationally, major institutions which teach strategic affairs discuss both positive and negative leadership; the latter being related to the adversary who may have worked passionately for his nation’s interests. In our case since we remain obsessed with Zia ul Haq as the villain of the peace and the ISI as an evil institution we hardly ascribe anything to a personality such as Hamid Gul.

A brief personality sketch and description of the circumstances of his stewardship of the ISI may help us understand his role a little better.

I first heard of Hamid Gul during my service with the Indian Army’s Pakistan Cell in its MI Directorate in 1992. Gul was then GOC 2 Corps (Multan) resisting his posting as DG Heavy Industries Taxila.

Any senior officer who has tasted the power of being DG ISI, DGMI, GOC of a Strike Corps and GOC of an Armoured Division in the 12 years or so before he is posted to Taxila would resist such a posting. However, Hamid Gul was now lonely with Benazir Bhutto in command and Zia dead.

The civilian government could appreciate his role in initiating the early part of proxy war in J&K during his tenure as DG ISI (till May 1989) but also realized his maverick character and strong personality. The PPP would have none of it as it wasn’t too sure of handling the proxy war and would not want someone in power who could conduct his personal agenda.

Benazir appointed Gul GOC 2 Corps and he was tasked to conduct Exercise Zarb-e-Momin in early 1990. This was Pakistan’s response to India’s Exercise Brasstacks.

Hamid Gul was born in 1936 and commissioned in 1956 into the Pakistan Army’s Armoured Corps. His career really took off after Gen Zia ul Haq (also an Armoured Corps officer) became the Chief and later President. Affinity of the cavalry, early service together and then in 1972-76 Gul serving as a CO and then staff officer under Zia cemented the relationship.

He became Chief Martial Law Administrator of Multan and then commanded 1st Armd Div just like Zia did earlier. As Pakistan’s role picked up in the war in Afghanistan Zia started to depend on Gul for advice. He was made DG Military Intelligence which was a stepping stone to becoming the DG ISI in Mar 1987.

His experience as DG ISI should be of interest. Firstly, the Afghan war was entering an interesting phase where the operational effectiveness of the non-state Mujahideen was increasing. Gul’s advice to Zia was probably along lines of enhancing the Islamic affinity of all players in Afghanistan.

The US was gullible and lacked knowledge on Islam, allowing the ISI to rule the roost. This fitted perfectly with Zia’s understanding about the use of faith as a tool of war and diplomacy. Zia had realized rather early that retribution against India was not possible on the conventional battlefield; it could only come through indirect approach and proxy war exploiting India’s ethnic, regional and religious cleavages.

He thus cultivated radical Islam to obtain unerring Saudi economic and energy support and attempted to convert Pakistan into the flag bearer of Islam. To add weight to Pakistan’s credibility he pursued the clandestine acquisition of nuclear technology and preparation of the ‘Islamic Bomb’. As a close associate of Zia, Hamid Gul would definitely have been a sounding board for him.

Secondly, early in his tenure with ISI, Pakistan was responding to India’s Exercise Brasstacks of which Zia was highly suspicious. At the same time Pakistan had already commenced its proxy war in India’s Punjab and Gul pursued this with great passion stating later that engaging India in Punjab was with the larger game of proxy war in J&K the ultimate retribution would be there, by annexation.

The botched elections of J&K in 1987 presented an opportunity and Gul was quick to grab it, playing a balance between Punjab and J&K until the situation for a surge into J&K could be reached. Midway through this phase Zia died a fiery death in Aug 1988 and it was surprising that Gul did not immediately lose his job because the DG ISI was responsible for any intelligence failure which may have been perceived.

In fact under Gen Mirza Aslam Beg he grew even more powerful, with his knowledge of Afghanistan. The situation in the period 1988-89 both internationally and in the subcontinent moved at a breathtaking pace and Gul appears to have relished putting together a carefully crafted plan into place to first trigger the militancy and then fuel it in Kashmir in 1989.

If I was a Pakistani observer in Islamabad I would have viewed the emerging scenario with glee. The Soviets were leaving Afghanistan; the ISI’s experience in proxy war gained in Afghanistan and in Punjab could be focused exclusively to J&K there militancy was picking up; the political environment of India was a fractured one with fall of Rajiv Gandhi and no clear mandate for governance leading to instability; the Mandal agitation was keeping India’s leadership occupied; the Indian Army had four of its front-line divisions in Sri Lanka even as its entry into Punjab for internal security was becoming a reality.

Hamid Gul too felt exactly the same; there could not be a better opportunity. Exit of mercenary Jihadis from Afghanistan could not be premature as a civil war was looming around Jalalabad yet Kashmir was demanding the ISI’s attention.

It was a situation almost akin to 2015. It needed a mind like a devil’s workshop to play this out and Gul displayed his ability masterfully. It probably unnerved Benazir Bhutto and Aslam Beg leading to Gul’s removal as DG ISI. However, as a master networker Gul probably continued retaining hold on ISI to a large degree until he was posted as DG HIT (Taxila) by Gen Asif Nawaz Janjua. He resigned but his notoriety did not end there.

In retirement Hamid Gul brought his radical ideology to the fore and was a great supporter of the Taliban and quiet supporter of the Al Qaeda although he very vociferously backed Osama bin Laden thus falling foul with the US. He was later put on a watch list of four terrorists.

Interestingly he was also arrested by the Army post the Lal Masjid incident. His bark on the television remained as rapid as it was during service but he was never a popular leader. I had once considered that he was a potential President of Pakistan but it is quite apparent that he was unpopular in the upper crust civil society.

If anything about Hamid Gul’s maverick personality needs to be studied it is the strategy of ‘thousand cuts’ that Zia and he conceived. It was to bleed India by a low cost proxy war with high deniability, employing an unending chain of Jihadis who were to be recruited from the poverty stricken villages of Punjab.

This was to supplement the militancy by local Kashmiris. The Jihad factory involving radicalization, recruitment, training, selection, infiltration, establishment of financial and arms conduits, was primarily his brainchild.

He must have opposed Musharaf’s ceasefire proposal in 2003 and the subsequent diplomatic parleys based on the so called four point formula. He did severely criticize Musharaf for the Kargil misadventure.

The condolences for Hamid Gul in the Pakistan social media are without warmth and appear dismissive. That really sums up Hamid Gul’s contribution to Pakistan as a nation. Most blame him for the advent of radical terror in the proportions which exists in Pakistan.

Faith will probably remain wedded to Pakistan Army’s way of war. Yet secretly most Pakistani citizens aspiring for return of peace would be hoping that no more personalities such as Hamid Gul ever rise in Pakistan’s bleak political and military landscape.

With the threat of the Islamic State looming in Afghanistan it won’t be long before Pakistan is hit by this wave. The only way to avoid the approaching implosion of Pakistan is to set it on a path of moderate faith and low militarization. That of course will never be an easy task.