‘He Changed Name To Rahul Only To Mislead Her’: Court Grants Divorce To Hindu Woman Who Married Muslim Man Under Hindu Marriage Act 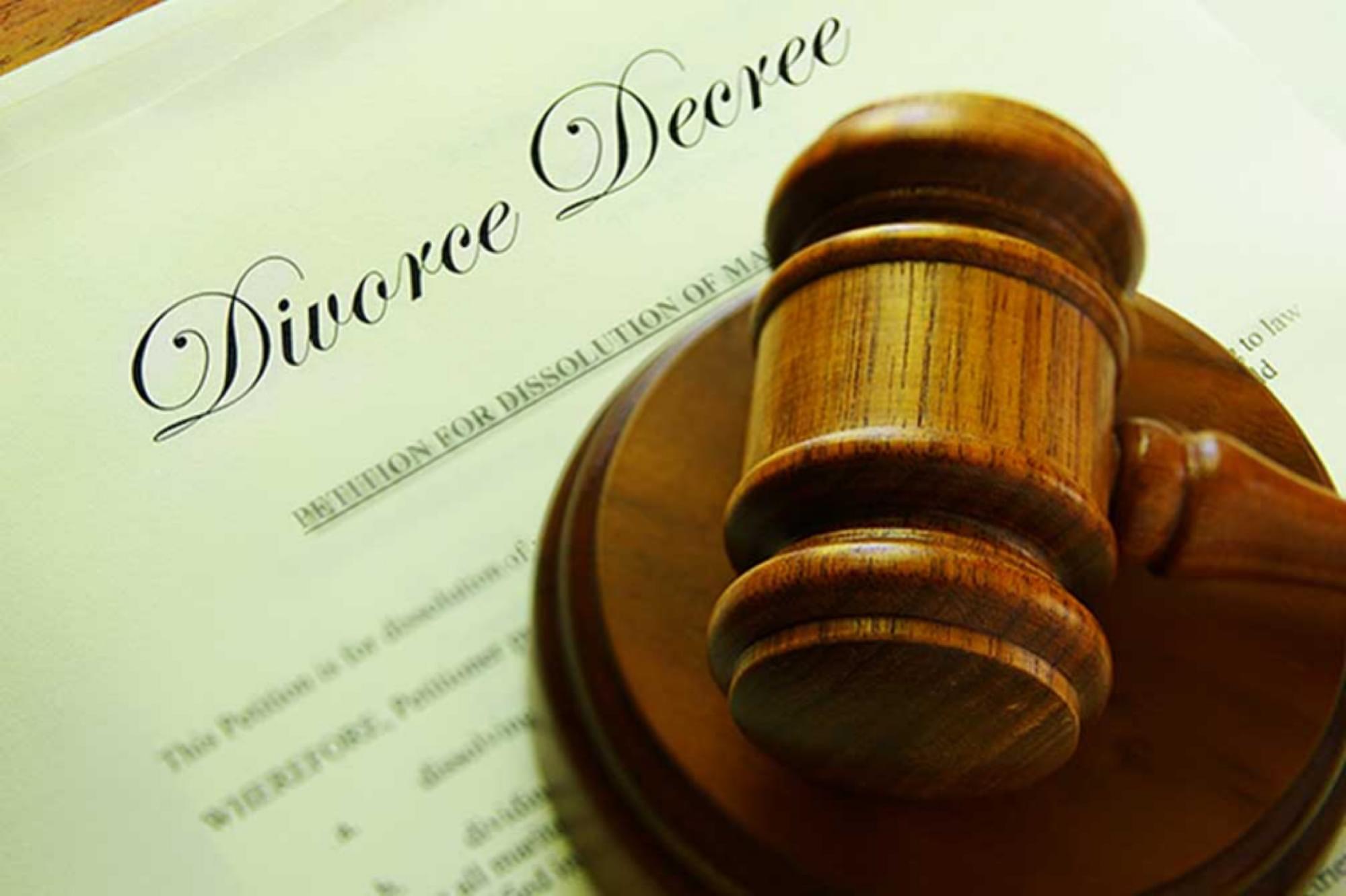 A family court in Uttar Pradesh has granted a decree of divorce to a Hindu woman on the grounds that the Muslim man who married her under the Hindu Marriage Act, never accepted Hinduism and continued to live as a Muslim.

Marriage between a Hindu and a Muslim under the Hindu Marriage Act is null and void as the Act requires both persons to be Hindus, the court said.

The woman told the court that her ‘husband’ — Imran Malik — tried to force her to change her religion to Islam despite registering their marriage under the Hindu Marriage Act.

The court observed that Imran changed his name to Rahul for the marriage paperwork, only to mislead and cheat the woman.

The woman, Kanta, belongs to a Scheduled Caste. The man, Imran Malik, is Muslim. Both are residents of Baghpat district in Uttar Pradesh. Their villages are about 50 kilometres apart.

As per the divorce plea filed by Kanta less than a year after she eloped from home and married Imran, she came in contact with him through a phone call. He introduced himself as Rahul.

On 4 April 2018, Imran got their marriage registered in a Ghaziabad court. It was done under the Hindu Marriage Act, where Imran gave his name as Rahul. No wedding rituals such as pheras or yajna were conducted.

Kanta’s plea further said that her ‘husband’ began forcing her to convert to Islam after this paperwork formality. He forced her to wear burqa and did not let her go out of the house.

In his response, Imran refuted several statements by Kanta.

He said that he duly converted to Hinduism in order to marry her under the Hindu Marriage Act. They lived happily after marriage and his parents gave her all the respect due to a daughter-in-law. It was Kanta’s family that objected to the relationship and created trouble.

They began to brainwash her over the phone. One day, Kanta’s brother Sumit, brother-in-law Pawan, and her parents visited his house and took her away, saying she would return soon after spending some time with them. However, they made her cut off all contact with him and refused to let her go to his house again.

Imran’s plea further said that he 'loves' Kanta and wants to live with her as her husband, and Kanta’s divorce plea should be dismissed.

The court observed that while Kanta’s statements appeared true, Imran’s version did not.

Kanta told the court that Imran’s claim that it was her family who came to his house and took her away is false, as she left his house on her own. She said that after she left, Imran did not make any phone call or efforts to bring her back as claimed by him. She also refuted Imran’s statement that she had been brainwashed by her family against him.

The court said, “[Kanta’s] statements do not appear to be contradictory or untrue. Her statement appears to be true and believable.”

In case of Imran, the court observed that while he wrote his name as Rahul in the marriage registration form, he has not been able to produce any other document that supports proof of change of his name or religion. Even in a document dated 22 July 2019, he had given his name as Imran Malik.

His entire family observed the Muslim faith and read namaz. Imran has admitted that in his heart, he continues to worship Allah, the court observed.

“It can be concluded from [Imran’s] statements that he never accepted Hinduism. He wrote his name as Rahul in the marriage form only to mislead the woman. He was born Muslim and continues to be Muslim,” the court observed (as translated from Hindi).

In the verdict, the court said that since Imran is a practising Muslim, the marriage registered under the Hindu Marriage Act was null and void as the Act required both partners to be Hindus.

Imran obtained her consent for marriage by fraud, the court said.

Swarajya Reported The Case In 2019

This correspondent met Kanta in February 2019 in the office of the National Commission for Scheduled Castes (NCSC) in New Delhi. She had come to the office with her father to request the commission to direct the Baghpat police to take action in a criminal case filed by her against Imran and his family two months ago.

Her complaint recorded in the FIR said that after marriage, Imran’s family insulted her by constantly calling her ‘chamaari’ (from ‘chamaar’ caste) and abused her for not bringing any dowry.

Imran’s elder brother, Shahid, also forcibly made physical relations with her. When she told her husband about it, he said that this was exactly why he had brought a ‘chamaari’ like her into his house. On 22 November 2018, she ran away from Imran’s house and managed to reach her parents’ house, the complaint said.

Based on it, the police booked ‘Imran alias Rahul’, his mother Ashia, his father Iqbal and his brothers Shahid and Irfan under IPC sections 498-A (harassment over dowry), 323 (causing hurt), 504 (intentionally insulting), 376 (rape) and 506, and under sections of the Scheduled Castes Prevention of Atrocity Act.

Kanta told this correspondent that time that the police had failed to make any arrests in the case and that is why she had knocked at the doors of the SC commission. She said that even for filing the FIR, the police made her make several rounds of the police station.

She said that when she last visited the police station to inquire about the progress in her case, an officer told her that they were unable to do anything as Imran had managed to get a stay order on the arrests from a court.

On 18 February 2019, the commission issued a notice to the Baghpat superintendent of police to give an action taken report in 15 days.

This correspondent published her report in March 2019 after making a visit to Imran’s house. His family said that they had disowned Imran a year ago. They showed the copy of an affidavit filed in the local court by his father Iqbal that said that he was 'disowning' Imran from his property as he had fallen into bad company.

The affidavit was dated 27 March — a day after the couple eloped.

Watch the video of a short interview with Kanta below:

The family court verdict in the case came on 31 July 2020 — about four months before the Uttar Pradesh government brought about the Uttar Pradesh Prohibition of Unlawful Religious Conversion Ordinance, loosely called the anti-‘love jihad’ law.

Kanta’s case has all the features of a case of ‘love jihad’ — a term given by Christian, Hindu, Jain and Buddhist groups for the pattern of cases where Muslim men lure non-Muslim women into romantic relationships with a goal of converting them to Islam and starting a Muslim lineage.

Use of fraud — such as faking religious identity when introducing self to the woman or making false promises that the woman would not have to change her name or religion after marriage — has been found to be a recurrent feature in such cases.

Kanta told this correspondent that despite registering the marriage under the Hindu law, Imran had made her sign on a conversion certificate from a mosque and a nikahnama where her name was mentioned in Urdu as Zoya.

See the nikahnama below:

Triggered by protests against this pattern by various religious groups, the Yogi Adityanath government enacted the law. As per government data, a total of 77 cases under the law were filed across UP from January 2021 to August 2021 — an average of one case every three days.

In the first month of its enforcement, 14 cases were filed. An analysis of these cases by The Indian Express newspaper revealed that in seven out of nine cases where the woman had recorded her statement in front of the magistrate, she supported the allegations made in the FIR. In only two of these nine cases did the women deny the allegations in the FIR.

Of the 14 cases, 13 involved Hindu women and Muslim men while one involved alleged forced conversion to Christianity.

You can read one such case reported by this correspondent here.

Where Is Kanta Now?

This correspondent called up Kanta yesterday (1 February 2022) after reading the family court verdict. Her brother Sumit answered the call.

Sumit said that after the court verdict and divorce, her family arranged a match for her within their caste. Kanta remarried last year and was happy, he said.

Sumit said Kanta does not use a personal mobile phone and thus he cannot connect me to her. He, however, promised that if he went to visit her anytime soon, he would make her talk to me.

Asked if Imran or his family were ever arrested and if Kanta was still pursuing the police case filed by her, Sumit said that after the divorce, his family sent a word to Imran’s kin that they should consider the matter closed and not harass Kanta any further.

He said that the two families also met in the presence of the police and agreed to enter into a ‘compromise’. It was decided that Imran would not harass Kanta, and Kanta would not pursue the police case.