Himachal: Khalistani Flags, Slogans On State Assembly Gate, Boundary Wall; Cops Say 'Could Be An Act Of Tourists From Punjab' 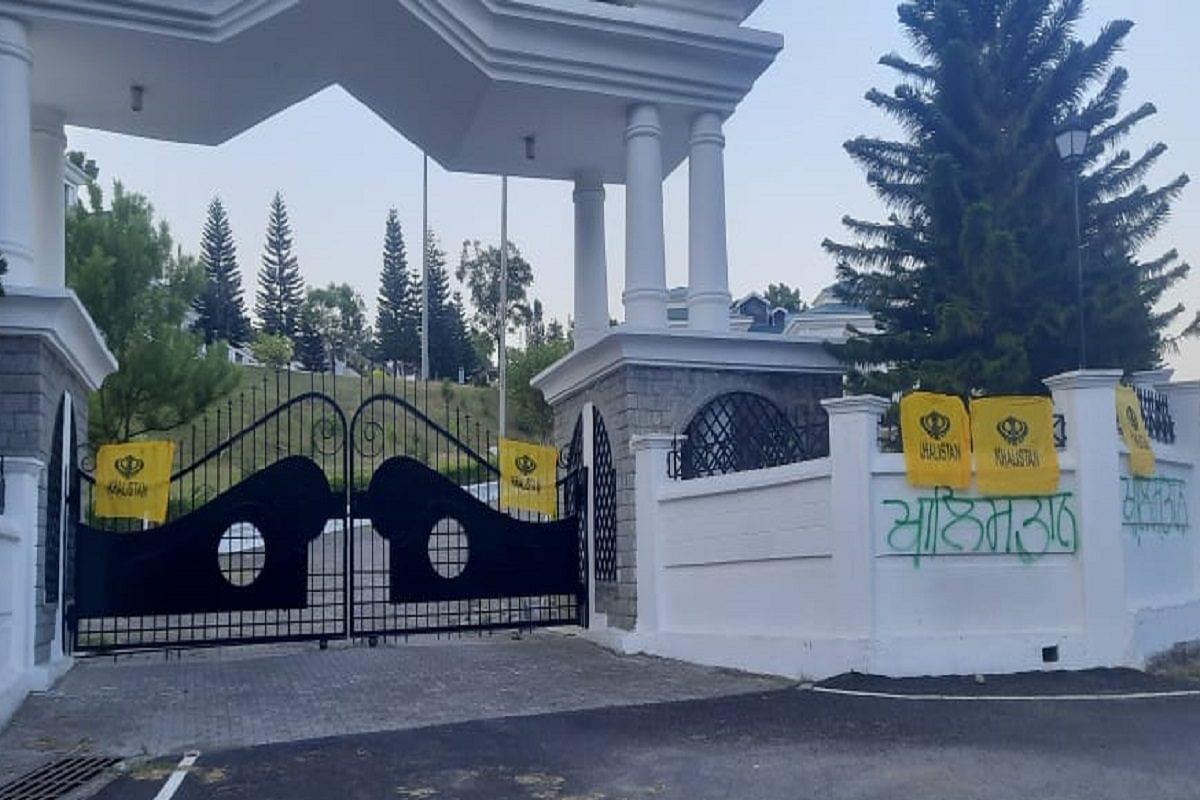 Khalistani flags were found tied on the main gate and boundary wall of the Himachal Pradesh state Assembly on Sunday (8 May) morning.

Further, Khalistani slogans were also painted on the wall of the Assembly.

After the incident came to light, the HP police removed the flags from the gate and boundary wall.

Kangra district SP Kushal Sharma was quoted by ANI as saying that the incident could have happened late at night or early morning today.

"It could have been an act of some tourists from Punjab," Sharma said, adding that a case will be filed in the incident.

The development comes as the state is gearing up for state Assembly later this year.

In April, Khalistani terror outfit 'Sikhs For Justice' had threatened to hoist Khalistan flag in Shimla.