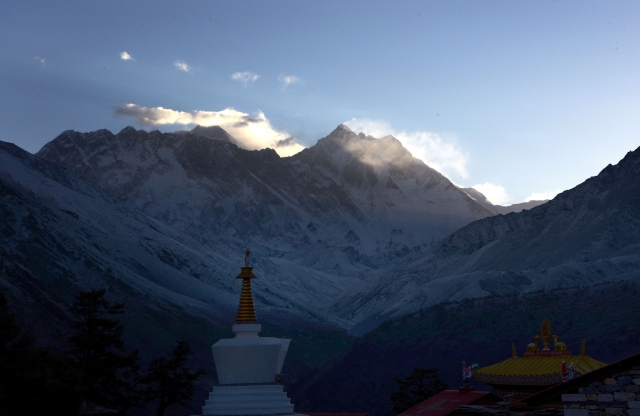 India’s mountaineering fraternity hung its head in shame earlier this week as news emerged of Nepal imposing a 10-year ban on two Indian climbers for submitting false claims to have summited the world’s highest peak.

Narendra Singh Yadav and Seema Rani Goswami, both from Haryana, claimed to have made it to the top of Mount Everest in 2016. They were even presented with certificates for their climb by the Nepal authorities.

But other mountaineers raised doubts over their claims after Yadav was announced the recipient of the prestigious Tenzing Norgay Adventure Award for 2019. The award was to have been presented by President Ram Nath Kovind last year.

However, after doubts were raised over his claims and after even the leader of the expedition that Yadav was part of — Naba Kumar Phukon of Assam — rubbished his claims, the Union government withdrew its decision to confer the award on him.

The Indian government also requested Nepal to investigate the claim. The investigations were opened in mid-2020 and the report has just been made public.

The enquiry revealed that the two had faked their ascent and presented false claims, including morphed photographs, in support of their claims.

While this unsavoury incident has shamed the Indian mountaineering fraternity, this is not the first time that such fake climbs of Everest claimed by Indians have been exposed.

In 2016, Pune couple Dinesh and Tarakeshwari Rathod who claimed to have summited Everest were investigated and found to have faked their climb. Nepal imposed a 10-year ban on climbing any peaks in that country on them.

This report in The Kathmandu Post, a leading English daily of Nepal, said the country’s tourism ministry is currently investigating five allegedly fake claims of summiting Everest. Of the five, four are Indian nationals and the fifth is from the UAE.

“This is a matter of terrible shame for the entire Indian mountaineering community. This is a sport where ethics and strict adherence to all rules is of utmost importance. Submitting such false claims is really shameful. The government should prosecute these fraudsters for bringing disgrace to the country,” said Dibyendu Adhikari, a mountaineer who summited Everest in 2014.

After investigations, Nepal authorities found that the Yadav-Goswami duo had only ascended till what is called the ‘Everest Balcony’ at 8,400 metres. Yadav and Goswami fell ill and ran precariously low on their oxygen supplies, and were reportedly rescued by Sherpas.

But Yadav posted some photographs of his ‘summiting feat’ and that proved to be his undoing. Mountaineers pointed out many anomalies in the photos (read this). That led to Nepal conducting investigations and concluding that the two had faked their climb.

The case of Dinesh and Tarakeshwari Rathod (both were in the Pune Police force) was similar. They claimed to have summited Everest in 2016 and posted photographs of their ‘feat’. They also claimed they were the first Indian couple to summit Everest together.

But once again, those photos were found to have been doctored (read this). Another Bengaluru-based summiteer (of Everest) lodged a police complaint stating that the duo had used photos of his ascent and doctored them.

Investigations by Nepal tourism authorities revealed that the allegations against the couple were true. The Pune Police had, earlier, planned to award promotions and other benefits to the couple. But after the controversy broke out, the two disappeared and were then suspended from the force.

Mountaineers say that some Indian climbers are tempted to submit fake claims because of the benefits that can accrue to them.

Apart from winning prestigious awards and other financial benefits, successful climbers also gain a lot of social prestige and recognition. Their sponsors reward them handsomely and some even win brand endorsement contracts at the local level.

But what most climbers hope for, and many get it too, is government jobs. Public sector units such as the Indian Railways and others recruit sportspersons every year through a dedicated quota.

Paramilitary and state police forces also grant priority to sportspersons in matters of employment. Climbers who already hold jobs in government departments and undertakings are awarded with out-of-turn promotions, salary hikes, bonuses and get many other benefits.

Such generous offerings in India lead some climbers to submit false claims. “It is relatively easy to submit such claims by climbers as compared to those pursuing other disciplines like field athletics, cricket, football, rowing etc,” explained Adhikari.

Nepal’s Tourism Ministry rules state that every climber has to submit a photograph standing atop any peak that he or she summits within five months of the climb in order to get a certificate from the ministry.

Such claims also have to be endorsed by a liaison officer appointed by the Nepal government. Every expedition has to be accompanied by such liaison officers who are civil servants from various government departments and ministries, including the police and the army.

The liaison officers get paid very handsomely, ranging from $1,600 to $2,000 per expedition. They are supposed to accompany the expeditions to the (Everest) base camp and stay put there when the teams attempt their ascent.

“The liaison officers are supposed to keep track of the members of the expedition team and track their progress to the summit. That’s why they are required to endorse all claims made by the climbers,” said Rudra Tamang, director general of Nepal’s Tourism Department.

But some liaison officers have been found to be shirking their responsibilities and even do not accompany the teams to the base camp. This leads to their endorsement of fake claims, as in the case with the Rathod couple and the Yadav-Goswami duo.

The department suspects that some liaison officers collude with unethical climbers to endorse their claims about summiting Everest in return for large sums of money.

An internal inquiry by the department revealed that in the last climbing season in the spring of 2019 (no expeditions were allowed last year due to the pandemic), only 22 of the 37 liaison officers went up to the base camp (read this expose).

The Nepal government is, from the ensuing climbing season that will start in April-end, planning to strap GPS devices on 20 government employees deployed as liaison officers.

The GPS devices will enable the tourism department to track their movements and ensure that the liaison officers are present at the base camp throughout the climbing season.

“This will be a pilot project and if successful, we will ask all climbers also to take GPS devices to keep track of their climbs. That way, no climber will be able to submit false claims about summiting,” Tamang told Swarajya over the phone from Kathmandu.

The decision to use GPS devices was taken after the first case of fake climb (by Indian mountaineers Dinesh and Tarakeshwari Rathod) was reported in 2016. But frequent changes of tourism ministers kept the project on hold.

Ever since Tenzing Norgay and Edmund Hillary set foot on the world’s highest peak, a total of 6,507 mountaineers have set foot on Everest. A record number of 223 climbers summited Everest on 22 May 2019 (Nepal’s annual mountaineering statistics).

Indian mountaineers say that in addition to the steps being taken by Nepal to prevent false climb claims, the Indian government also needs to take strong measures against errant climbers.

The government, say mountaineers, should lodge cases and prosecute such climbers for cheating and disgracing the country. Government employees who make such false claims should be dismissed.

Only the fear of prosecution and stern punishment will dissuade unethical climbers from making fraudulent claims.