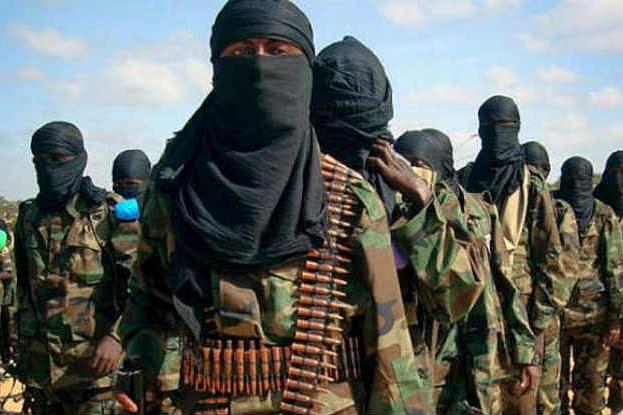 The recent arrest of a Hizbul Mujahideen (HM) terrorist hailing from Assam in Kanpur by Uttar Pradesh Police’s Anti-Terrorist Squad (ATS), and the subsequent arrests of his aides and Hizbul linkmen from various parts of the northeastern state, has set alarm bells ringing in the country’s security establishment. Interrogation of the arrested terrorists has revealed a very sinister game plan by the Kashmiri terrorist outfit that is controlled by Pakistan’s Inter Services Intelligence (ISI) to establish bases and modules in the North East.

Apart from recruiting foot soldiers to fight for Kashmir, the ISI, through HM, has plans to create trouble in the sensitive and strategically important North East and give a fresh impetus to insurgency in the region. Top officers in the Intelligence Bureau (IB) who are piecing together the revelations made by the eight HM terrorists and linkmen arrested so far said that a larger picture is slowly emerging.

“The eight arrested from Assam are just small players and were given specific tasks by Qamar. But their interrogations is slowly revealing a larger picture that we are piecing together. From what we have gathered so far, we suspect the ISI has hatched a very elaborate plan to create fresh trouble in the North East by getting its proxy (the Hizbul) to link up with some North East militant groups and also the Jamaat-ul-Mujahideen Bangladesh (JMB),” said the IB officer.

The JMB had managed to establish a base in Assam a few years ago and has intensified efforts to woo Muslims in the state by stoking fears over the NRC updation exercise (read this report). The recent arrest of a JMB terrorist and the revelations made by him (read this report) have also set alarm bells ringing in India’s security establishment. The JMB has close links with Pakistan’s ISI and after repeated crackdowns on the outfit by the Sheikh Hasina government, top JMB operatives have taken refuge in Assam and Bengal (read this report). During the rule of the Khaleda Zia-led Bangladesh Nationalist Party (BNP), which was pro-Pakistan and anti-India, the ISI had funded the United Liberation Front of Asom (ULFA) and the National Democratic Front of Bodoland (NDFB) as well as some other separatist terror groups in the North East. Terrorists belonging to these groups were provided safe bases and training facilities in Bangladesh till the Sheikh Hasina government hounded them out after coming to power in December 2008.

The ISI now wants to recover the lost ground in the North East and has thus charted an elaborate plan to resume support to the North East militant groups through the Hizbul. “But we suspect it is not just the Hizbul that the ISI has tasked with establishing contacts with the North East militant groups and setting up bases and modules in the region. Most of the northeastern states, especially Assam, Nagaland, Meghalaya and Manipur, have significant populations of Muslims, and some among them have been radicalised through madrassas and masjids staffed by Wahhabi preachers and maulanas. A large section of the Muslims in the northeastern states are of Bangladeshi origin and live in constant fear of being detected and prosecuted. It is easy to play on their fears and radicalise them,” said an Inspector General-rank Assam police officer.

Assam Police and central intelligence agencies suspect that the ISI has also got Indian Mujahideen (IM), some frontal outfits of the Students Islamic Movement of India (SIMI) and the newly-formed Jamaat-ul-Mujahideen India (JMI) - set up by the ISI-funded JMB - to operate separately and set up bases in the North East as well as establish contacts with the militant groups in the region. Most of the North East militant groups have suffered huge reverses in recent years due to sustained and intensified counter-insurgency operations as well as denial of safe havens and other facilities by Bangladesh. “They (the North East terror outfits) are down and will welcome any aid that come their way. The ISI is planning to take advantage of this and reach out to them after establishing bases in the Muslim-dominated areas of Assam, Nagaland, Manipur and Meghalaya. It is pertinent that Qamar (the Hizbul terrorist arrested from Kanpur) had visited Meghalaya and had planned to visit Manipur and Nagaland,” said the IB officer.

The arrests of Qamar from Kanpur and his associates and linkmen from Assam has brought the North East in the sharp focus of central intelligence agencies once again. A large-scale exercise has been launched to unearth the ISI’s game plan and vigil has been mounted on all minority-dominated pockets in the North East. According to Assam Police Chief Kuladhar Saikia, headmen of all villages in the state have been asked to provide details of all young men hailing from their respective villages working outside the state and their precise addresses and livelihoods. All this information will be compiled and cross-checked and a database built. This, say police, will help in identifying young men who may be working for, or have joined, terror outfits.

Central intelligence agencies have also mounted vigil on financial transactions like money transfers and have intensified surveillance to detect “suspicious activities”, said the IB officer. “Electronic surveillance - of emails and social media activities - and financial transactions are two ways we can detect mischief. We have also stepped up human intelligence gathering in the region now since we are convinced that Pakistan has turned its attention to the North East once again and will trigger trouble in that volatile region,” said the IB officer.

Pakistan, say top IB officers, has long been smarting from the humiliation of being ignored by India - Islamabad’s repeated attempts to draw Delhi into a dialogue having failed has only added to its frustration - and is thus attempting to not only up the ante in Kashmir, but sponsor fresh trouble in northeast India.