How Can Dalits Come Out Of the Elite Controlled Victimhood Narrative 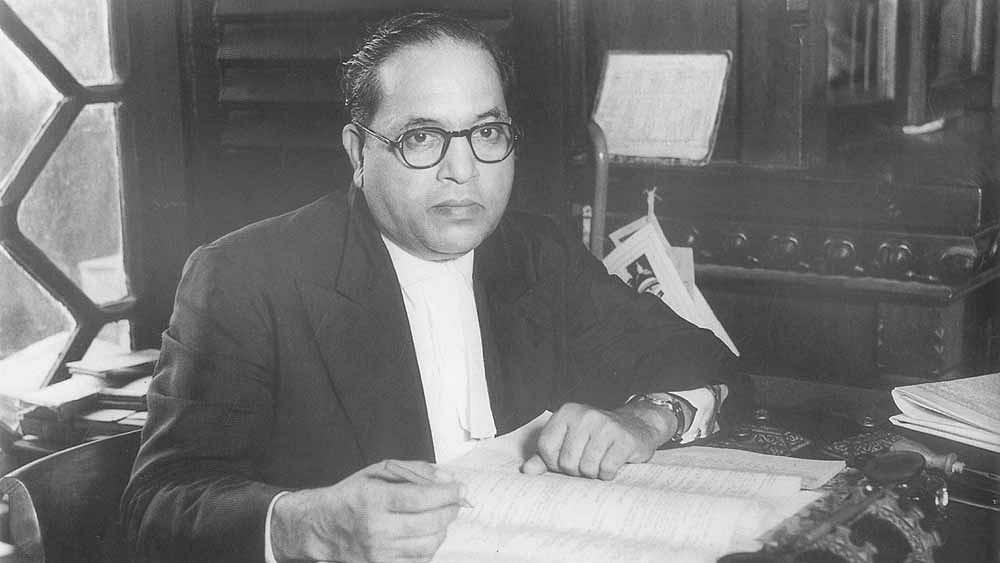 Why is Ambedkarism selling like hot cakes in the country? Everyone wants to have a slice of the Ambedkar cake. It all started with Rohith Vemula’s suicide in Hyderabad University and soon, JNU followed suit. A plethora of issues cropped up. From the rampant caste discrimination in universities, the discourse changed gears to issues like freedom of speech, plebiscite in J&K, martyrdom of Afzal Guru, nationalism debate and right of the subaltern groups to observe their little traditions like celebration of Mahisasur Martyrdom Day.

The Congress, the Left parties and some radical Dalit organizations made a hue and cry over alleged attempts of the BJP to impose its cultural agenda on the country, tamper with constitutional provisions and curb the freedom to dissent. The Left-leaning Dalit elites/activists sprung up on their feet to showcase their love for Ambedkar and in a matter of no time, social sites were flooded with acrimonious remarks against Manuwad, Hindu gods and goddesses and Hindu religious scriptures.

This is the standard modus operandi employed by the Left-leaning subaltern groups to secure their political designs. Until and unless they play the victim card and shed crocodile tears, no one is going to take them seriously. They are also incensed over the fact that of late, some voices have been raised calling for review of reservations.

The educated middle class Dalits have cornered all the reservation benefits and they are adamant not to let the benefits trickle down to the lower layers of the Dalit population, most of whom are landless and languishing in the rural hinterlands of the country. By resorting to shrill rhetoric, they are sowing seeds of discord in society and compelling the majority Dalit masses to lead a ghettoised life. Obviously, they will resort to Ambedkarism because this is the tool that they have been using shamelessly to further their nefarious designs.

The Dalit intellectuals want to be on prime time TV shows; Ambedkar is bread and butter for them. They think that only they have the right to decipher Ambedkar and Ambedkar is their property. They have used Ambedkar to the hilt. Ambedkar’s contribution to the passing of progressive labour legislations, his vision for gender empowerment and his pioneering efforts in drafting the constitution hardly get a nod from the Dalit activists who think as if Ambedkar was all about Dalits, reservation and acrimony with upper castes.

It’s a pity that the same people who keep lamenting about caste atrocities have no qualms in letting the institution of caste continue as it fetches them benefits in jobs, education and legislatures. Reservation is for the upliftment of the entire Dalit community, not the upper 15 – 20% of the population.

Two shallow arguments have been put forth by the Dalit elites with regards to reservation. The first is that reservation is their right and no one can snatch it away. This is simply outrageous.

Reservation is a temporary constitutional arrangement to improve the socio-economic conditions of Dalits and provide them representation. The moment their conditions and representation improves the state is well within its right to take it away. Concession once given can’t be allowed to become a right. Moreover, if Ambedkar had thought that reservation was a right, he could have got it inserted under the chapter on fundamental rights or he could have included a separate chapter on fundamental rights of Dalits.

Many experts feel that reservation can be given only on the basis of social and educational backwardness, not economic. Reservation is about representation and not poverty alleviation. Sound logic but then, why did the apex judiciary incorporate the creamy layer concept in OBC reservation on economic criterion? The pro-reservationists need to show some intellectual honesty and stop this chest thumping.

The Congress did not leave any stone unturned in erasing the legacy of Ambedkar to promote the members of Nehru-Gandhi family and it is an open secret that Congressmen did not get along well with Ambedkar during his lifetime. The party did not think it fit to confer the Bharat Ratna on Ambedkar. Yet Rahul and Sonia Gandhi arenow invoking Ambedkar to give a boost to their sagging political morale.

Now let’s see what the Left parties are doing. They took more than 50 years to realize caste as a reality in India. In fact, the failure of the Left to agree with Ambedkar on the caste issue weakened the fight against feudalism and drove a wedge within the ranks of the workers, peasants and the labourers.

Parties championing the OBC cause look at Dalits as their political rivals and ground level hostilities between backwards and Dalits often flare up in the rural hinterlands of the country. We all know what the Dravidian parties or the Mandal parties did with the political aspirations of the Dalits.

Then, why this rat race to Ambedkarism? Why the vituperation against Manuwad and upper castes by the so-called crusaders of Dalit activism? Why are all this talk about cultural subjugation of Bahujans? Why is there such a focus on the creation of social divides?

Some answers to these questions are easy to conjecture.

Though Ambedkar had wide disagreements with what RSS stood for, there is no gainsaying the fact that of late, RSS and BJP have made conscious attempts to forge Hindu consolidation. They have made conscious efforts to reach out to Dalits and backwards. Since Dalits have been betrayed by all the parties including Congress, they are looking towards BJP for their political share and socio-economic development.

Attempt at appropriation of Ambedkar by Hindu Right is an ongoing phenomenon. The celebration of constitution day, government’s acquiring of Ambedkar Home at London, recognition of places connected to Ambedkar as pilgrimage places and frequent references to Ambedkar by the PM have set the cat among the pigeons.

The rise of Modi has upset the Left-leaning narrative of the Dalits. The development plank of Modi with its slogan sabka sath sabka vikash has appealed to the Dalit masses though the Dalit elites may not agree. The realization has dawned upon the Dalits that the next round of emancipation will rest on economic liberation which can empower them by increasing the range of their political, social and educational choices. After all, their conditions remained pathetic despite the land reforms of the sixties and economic reforms of the nineties.

Now let us come to the practice of secular politics in our country. Whenever any incident of communal violence takes place in the country, the most vulnerable sections of the Hindu population are the Dalits and the most backward castes. But, no secular party comes to wipe their tears. Even the Dalit politicians prefer to stay away, not wishing to antagonize their minority supporters. Naturally, BJP and RSS are the only organizations who lend them support in this hour of crisis. The rightward shift of the Dalits is a reality. Not only are the Dalits, even the most backward castes are veering towards BJP.

This is something which no Dalit academic likes. The Dalit parties are naturally agitated as they can see the ground shrinking below their feet. BJP needs Dalit votes to consolidate Hinduism and counter the minority card played by the secular parties. Efforts are beginning to yield fruits as can be seen in the results of the 2014 Lok Sabha elections and then subsequent Assembly elections in Maharashtra, Haryana, Jharkhand and Bihar.

The Hindu Right is spreading the message of Ambedkar far and wide. You can call it vote bank politics but the point is why is only the BJP singled out. It is a refreshing change to see Ambedkar getting the broad interpretations of his vision.

He is on the verge of moving out from the drawing rooms of the Dalit elites/activists to the drawing room of every Indian, an upper caste, an OBC and surely the Dalit. The nation is getting to know Ambedkar’s views on Article 370, uniform civil code, Pakistan and a host of other issues that had been deliberately swept under the carpet by the Leftist/Congress lobby.

Politics of hatred, vitriol and sectarianism is going to create divides. The focus should be on integration and assimilation rather than exclusion. The subaltern groups need to be integrated with the national mainstream for the sake of peace and stability of the country. This is what the present PM and BJP are doing. The Dalit masses are matured enough to understand the machinations of their fellow elites. They know that in this inclusive polity and joint electorate system, their leaders can’t do anything until and unless they align with other social groups to protect their interests.

It’s good that the arrival of Modi has exposed the hollowness of the secular camp and brought their hidden agendas to the fore. The nation needs to applaud Modi, rather than berate him.

The author works as Asst. Registrar with IGNOU. He writes on
contemporary social and political topics.