How Pradhan Mantri Awas Yojana Is Changing The Rural Landscape 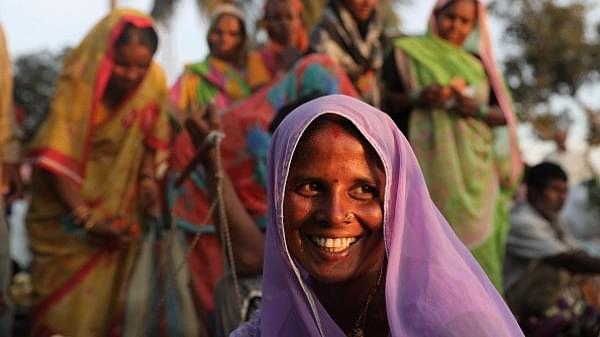 Under Pradhan Mantri Awas Yojana (PMAY), low-cost affordable housing is set to change the urban landscape, aiding the settlement of migrants from villages in the cities. In addition, the potential for the transformation of housing in rural India is being explored under the PMAY-Gramin (PMAY-G). Replacing the Indira Awaas Yojana (IAY) that promised a pucca house to households below the poverty line in rural areas, the PMAY-G, under the Ministry of Rural Development, intends to achieve the mission of ‘housing for all’.

Rural housing has often been ignored in India, for it has been conveniently assumed that only urban areas require focus when it comes to the construction of pucca houses and dwellings. However, the factor of human growth in rural India directly depends on the quality of the houses. Proper sanitation, clean houses, and other basic amenities ensure a decent living standard for over three-fifths of our rural population.

As per the Working Group on Rural Housing for the twelfth five-year plan (2012-17), the requirement of rural houses stands at 4.39 crore. Census 2011, however, put the number at 3.47 crore. The Socio Economic Caste Census (SECC) of 2011 projected rural housing shortage at around 4.1 crore. Keeping the factors in consideration, the IAY was revamped as the PMAY-G, starting 1 April 2016, with an objective to construct three crore houses by 2022, thus ensuring healthy living standards for people in the rural areas.

While under IAY, a beneficiary was entitled to a unit assistance of Rs 70,000 in plain areas and Rs 75,000 in hilly ones; the figure has been revised to Rs 1.2 lakh and Rs 1.3 lakh respectively. The assistance-sharing pattern remains the same as it was under IAY with the Centre-state ratio being 60:40 for plain areas and 90:10 for the three Himalayan states and the ones in the North East. The minimum unit size, however, has been increased to 25 sq m under PMAY-G from 20 sq m under IAY, along with ensuring a hygienic area dedicated for cooking. While the IAY focused on households falling under the below poverty line category, the PMAY-G encompasses all the houses included in the SECC of 2011. Before the 2019 general election, the construction of one crore houses is being targeted under the PMAY-G.

What distinguishes PMAY-G from IAY is the operational intricacies and how the government intends to ensure transparency in the programme. As stated by the Comptroller and Auditor General in 2014 in its report on IAY, the programme failed to ensure transparency when it came to the selection of beneficiaries. Additionally, the programme was unable to prevent the monetary leaks that occurred, leading to poor quality of construction, lack of essential monitoring, and eventual breakdown of the entire system.

Under PMAY-G, the government’s primary focus has been convergence. Integrating Aadhaar for the transfer of assistance to the beneficiaries in order to curb the monetary leaks that otherwise occur, Ujjwala Gas Yojana to ensure clean energy for cooking in rural households, and the Swachh Bharat Abhiyaan, the convergence of various schemes with the PMAY-G ensures that the rural population is helped with a sustainable space to live in. Real-time monitoring of construction ensures convergence and quality of construction.

In addition, the Ministry of Rural Development has enabled an online platform, ‘awaassoft.nic.in’. Available for mobile operating systems too, the platform helps stakeholders and beneficiaries attain real-time progress reports, checks for account verification, assistance transfer, state-wise reports, and mapping of villages and rural areas under the SECC, and offers a comprehensive understanding of the work being done under the PMAY-G. The convergence of PMAY-G with other programmes can also be checked through the portal.

As per the targets set by PMAY-G, 51 lakh houses were to be constructed by March 2018. The government has managed to complete the construction of over 41 lakh houses under a sanctioned number of 60 lakh.

At the district level, the responsibility for identification of beneficiaries and issues pertaining to it, setting up the appellate committee under the defined rules of the state government, and setting up of a programme management unit at the district/block level has been allotted. At the state level, conducting mason training and identification of the technical institute to assist the upscaling of training is taken care of. Besides that, the inclusion of house design typologies is also done at the state level.

To understand the progress of PMAY-G, we can look at certain states. For instance, Andhra Pradesh, with a target of 120,943 units, has managed to register and geotag 47,200 units and 43,179 units respectively. A total of 6,945 houses have been completed. However, for the state, data synchronisation between the state and Centre remains a major issue, thus displaying an incomplete picture. Jharkhand, with a state target of 381,440 units, has managed the completion of over 96,000 houses. The state also set an ambitious target for upscaling the skill of masons, targeting as many as 4,942 masons. Meghalaya presents a unique case study. Even with a relatively smaller state target of 17,030 units, of which 14,596 have been sanctioned, the state has not managed the completion of even a single housing unit as per the data on the Ministry of Rural Development website. While this can be attributed to a failure in data synchronisation, connectivity issues, and regional accessibility, it also denotes slow progress and a greater need for focus in the north-eastern states.

Rajasthan, with a state target of 483,778 units, has sanctioned 462,416 units with verified bank accounts. However, only 123,444 units have been completed so far. Uttar Pradesh, a state integral to the rural development plan in India, has sanctioned 881,591 units, with the state target being 971,852 units. However, merely 12,189 units have been built so far. West Bengal presents a relatively better picture, for it has managed the construction of 298,815 units (sanctioned units 822,348) against an ambitious state target of 1,397,474 units.

Even though the PMAY-G is ambitious in its pursuit, its success has been hindered by bureaucratic hurdles, lack of cooperation from the states for data synchronisation with the Centre, slow progress in upscaling the skills of masons, and hence, the low number of completed units should not be seen in the context of a failure. With a high degree of convergence with other programmes and transparency in allocations, the PMAY-G offers the best hope for transforming the rural landscape and in ensuring enhanced living standards for a majority of our population.

Note: An earlier version of the report put the number of houses constructed in 2017-18 at 15 lakhs. However, the correct figure is 41 lakhs and has been corrected. The error is regretted.