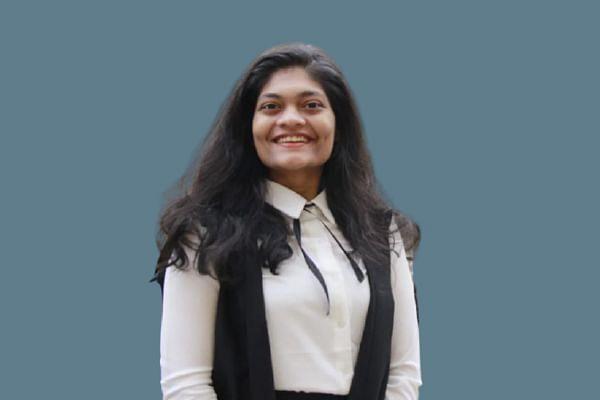 On 11 February 2021, history was made at Oxford University when it elected its first female Indian student union president, Rashmi Samant. Within a week, she handed in her resignation.

Hailing from the coastal district of Udupi, Karnataka, Samant is a first-generation university graduate.

She decided to contest university elections and campaigned for ‘tackling institutional homophobia and transphobia’ and for inclusivity.

In an ironic turn of events, within hours of Samant being elected, she was accused of being transphobic, anti-semitic and racist.

Cherwell, an Oxford weekly student newspaper, reported that some of her social media posts and captions supposedly carried hateful connotations, which then became widely circulated by other students.

Her views on decolonisation also came into the limelight. In a matter of days, Samant found herself at the heart of a quickly escalating scandal.

The posts and captions in question have been examined and circulated widely, and I need not go into explaining the specifics here.

However, I would like to contend that Samant was not quite politically incorrect as much as she was a victim of an overtly toxic online culture of ‘righteous anger’ and cancelling.

‘Cancel culture’ essentially refers to a form of social censorship whereby support for public figures are withdrawn and they are ‘cancelled’ from society, when they say or do something that does not fit into public perceptions of political correctness.

Cancel culture is most prevalent in the arena of social media platforms, and takes the form of group shaming of the target of cancellation. A classic feature of such aggrandised hatred involves taking comments out of context, which can then be interpreted in a variety of manners.

The most absurd aspect of such an act is that the accused gets no space to speak, let alone apologise.

This is evidenced by the outright vicious reactions that Samant’s apology received, forcing her to fly back home, unable to remain in the midst of the outraged students.

Since the initial wave of accusations, Samant had clarified her stance, explaining that none of her captions or posts were uploaded with any malicious intent.

Further, she had issued an apology addressing those who may have been hurt by her ill-considered captions.

Despite these actions, cancel culture dictates that once labelled, the accused shall forever be cancelled.

Hypocrisy was at its finest when, at the peak of this predicament, the very social justice warriors who had labelled Samant an insensitive racist, began attacking her religious background, nationality and even her parents’ beliefs, in order to argue that she is unfit to hold the position of Oxford Student Union president.

Such a toxic environment provides no space for reform or growth. The idea of healthy criticism, whereby persons in positions of responsibility are held accountable, is used to justify its vilest manifestation, ie, cancel culture.

Case in point — Oxford’s official statement mentions that “Oxford SU has a no-tolerance policy towards discrimination. Racism, transphobia and anti-Semitism have no place in our organisation”.

In the same week, Abhijit Sarkar (an Oxford academic) published a Facebook post featuring Samant’s parents. He went on to claim that the filter, an overlay of the text ‘Jai Sri Ram’, used with the photo in question was a celebration of the destruction of a mosque in India.

The correlation between the filter and his claims are flimsy at best.

He goes further, labelling the whole coastal Karnataka region “a bastion of Islamophobic and far right forces”. It is ironic that Sarkar teaches history at such a prestigious university.

This isn’t the first instance where Professor Abhijit Sarkar has made such bigoted statements. As Samant’s resignation hit headlines, however, Sarkar’s views have also come into the spotlight with #DismissAbhijitSarkar trending on Twitter.

Vilifying others comes with an incredibly satisfying, but short-lived, after-taste of moral superiority.

Being part of a faceless mob, keyboard smashing in righteous anger, implies an absence of consequences despite the nature of one’s opinions. The anonymity provided by the Internet can lead to a sense of freedom where one can be uninhibited.

Taking a minute to think before engaging in cyber-wars, however, could make a world of difference in changing the quality of online discourse.

Feeling enraged by ‘click-baity’ titles is an experience we can all relate to.

However, being on the other end of cancel culture is not as universal an experience, and therefore, may not be as convenient to empathise with.

Rashmi Samant is only the latest in a long line of victims of cancel culture. This pattern of heated public backlash over the slightest provocation have ended careers, and wreaked havoc in the lives of many.

Among the affected, those who possess the cultural cachet to tide over backlash will only face a short-term boycott from the mob that soon moves onto its next victim.

Others, like Samant, do not recover as easily. It remains that several instances do warrant some degree of disapproval, lest our public figures sink into moral decay. But it is equally important to ensure that such outrage is not misplaced.