How The Indic Collective Argued Against Firecracker Ban In NCR 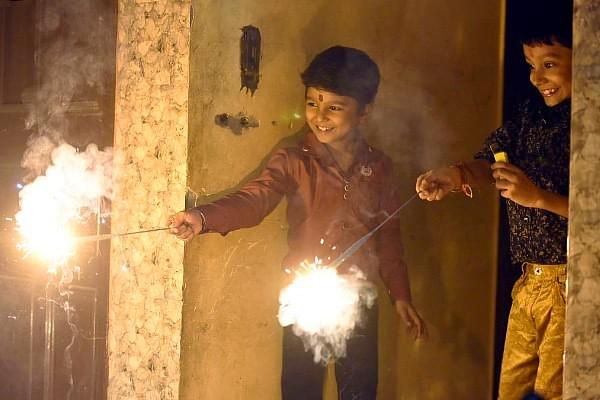 The Supreme Court is currently hearing a petition calling for, among other things, a complete ban on the sale of firecrackers during Deepavali season in the National Capital Region (NCR). The Indic Collective Trust, a Chennai-based registered trust promoting Indic values, filed an intervention petition and sought a revocation of the ban placed on firecrackers during the Diwali season in the NCR region.

At the outset, the legal counsel representing the Indic Collective sought to repudiate the notion that pollution in the NCR was caused solely because of lighting firecrackers as part of Deepavali festivities. Reports by the National Environmental Engineering Research Institute (NEERI), Nagpur, and the 2018 Parliamentary Standing Committee on the causes of pollution in Delhi were placed before the court to assert the point that there were multiple factors contributing to Delhi’s pollution problem and lighting of firecrackers during the festival was not identified as a factor vitiating the quality of air in the capital.

It was further argued that there was absolutely no scientific evidence or study which mapped out the contribution of Deepavali firecrackers to the already-poor air quality prevalent in the national capital.

It was argued by the counsel for the respondent that the precautionary principle, which was sought to be invoked by the petitioner, could only be applicable in the event that it was not possible for data to be gathered confirming the harm caused by firecrackers. A mere lack of effort in capturing relevant scientific data did not give ground for the invocation of precautionary principle and placing a ban on firecrackers.

The counsel for the respondent also argued that a blanket ban on fireworks got in the way of rights granted under Article 19 (1) (g) [freedom to practise any trade, business, or profession] and Article 25 (1) [freedom to practice religion] of the Constitution. The argument was sought to be buttressed by the fact that the firecracker industry was a highly regulated field which constituted reasonable restrictions under the provisions of Article 19 and, therefore, a blanket ban was untenable.

Advocate Deepak also advanced a compilation of texts affirming the scriptural basis for using fireworks in Deepavali celebrations and sought to link the same to the rights enjoyed under Article 25 (1).

Finally, in the concluding remarks, it was stated that an outright ban on firecrackers disproportionately affected the right to trade, occupation, business, and religion of individuals and, therefore, a more nuanced approach had to be adopted for the purposes of ensuring clean air.

Where Do The Solutions To Delhi’s Air Pollution Problems Lie? (Hint: Not Delhi)