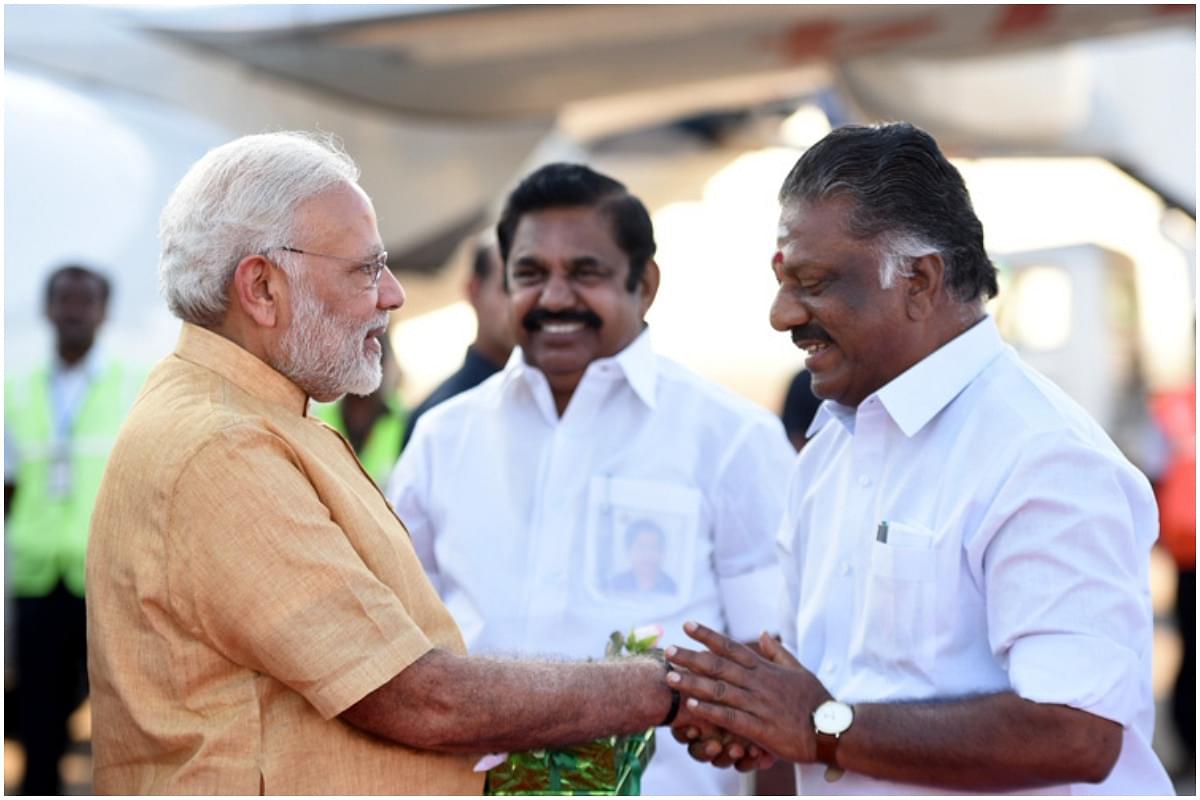 Initially, it looked like the Dravida Munnetra Kazhagam (DMK) will have its alliances with Congress and other parties in place long before even the All India Anna Dravida Munnetra Kazhagam (AIADMK) can look for partners. But the table has been turned against the DMK. Going by the permutations and combinations of the Bharatiya Janata Party (BJP) and AIADMK in forming the alliance, it is clear that they have had a clear strategy in place.

The whole issue of the National Democratic Alliance, which now sees AIADMK on board, hinged on getting the Pattali Makkal Katchi (PMK) in. In working overtime to convince the PMK, the AIADMK seems to have gained the edge for itself and the NDA.

The announcement of the NDA alliance has caught many parties, particularly the Dravida Munnetra Kazhagam (DMK) and Congress, by surprise. DMK President M K Stalin was the first to announce that his party would back Congress President Rahul Gandhi for the prime ministership, though negotiations were yet to begin for the seats that each parties would contest. The latest manoeuvre of the BJP in Tamil Nadu also leaves the Congress and DMK a little weak and vulnerable in Tamil Nadu.

DMK, realising the importance of getting its poll arithmetic right, tried to woo the PMK. Until Sunday evening, it held negotiations to woo the PMK but in the end, the AIADMK pipped it through smart negotiations. PMK founder S Ramdoss had a hand in the alliance, advising his reluctant son Anbumani Ramdoss to opt for the NDA than for the Congress-DMK allliance.

The NDA had begun the alliance talks with a disadvantage since the PMK was unwilling to talk to anyone from the BJP and was playing hard ball. It was then that the BJP left the job to the AIADMK to negotiate the deal that finally will see the PMK contesting from seven constituencies for the Lok Sabha besides getting an assured Rajya Sabha seat.

One of the sane moves between the AIADMK and BJP was to ask one another to deal with the toughest ally they are comfortable negotiating with. That now sees the BJP negotiating a deal with the Desiya Murpokku Dravidar Kazhagam (DMDK) of actor Vijaykanth which is reportedly seeking nine seats to contest.

A feature of the NDA alliances is that it is witnessing a lot of give and take gestures. For example, the BJP will contest only from five seats for the Lok Sabha in Tamil Nadu. This is seen as not only sensible but realistic since it is seen acknowledging its weakness in the State.

The AIADMK, which had won 37 of the 39 seats in Tamil Nadu in the May 2014 Parliament elections is also seen as being pragmatic of its chances and aspirations in the absence of a tall leader like the late Jayalalithaa. It could now contest 20-21 seats in the Lok Sabha elections.

With both the major parties being realisting and willing to accommodate concerns of other parties, it is likely that the DMDK will eventually settle for a lower number of seats.

On the other hand, parties like Puthiya Tamizhagam, Indhiya Jananayaga Katchi, Tamil Maanila Congress and a couple of other smaller parties could get a seat each to contest but, at the same time, will add value and strength to the NDA.

What the alliance will ensure by getting the PMK on its side is that the NDA will go with its tail up in the northern and western districts of Tamil Nadu that could account for nearly half of the 39 seats at stake in the State. The PMK is very influential among the Vanniyars, which belongs to Most Backward Class, and can help the alliance garner substantial percentage of votes in Salem, Dharmapuri, Krishnagiri, Cuddalore and Villupuram.

Going alone in the May 2016 elections, PMK kept its over five per cent vote share intact. It has been finding it hard to increase its share, though.

The PMK has been trying to reach out to other communities with little success and hence, its decision to come down a little and reach out for an alliance.

Western districts like Coimbatore, Erode, Tirupur, Namakkal and Salem are a little inclined towards the BJP in view of the Hindutva factor. Thus, the alliance looks strong in north and west.

The BJP can help the alliance with its following in southern region, particularly districts like Kanyakumari, Tirunelveli and Thoothukudi. The national party has a good following among Nadars, the dominant backward class community in southern Tamil Nadu, what with the State leadership being dominated by it.

However, a significant number of Nadars who have converted to Christianity many well go all out to support the DMK-Congress alliance.

Parties like Puthiya Tamizhagam, whose demand for bringing the Devendra Kula Vellalars out of the Scheduled Caste list is being considered by the Narendra Modi government, could add value to the alliance in regions like Tenkasi, Trichy and Madurai. The Tamil Maanila Congress could boost the alliance in Thanjavur district.

While all these developments look positive for the NDA in Tamil Nadu, it is unlikely that any of the alliances in the State will see a cakewalk or a sweep. This is until and unless something drastic happens.

This development again shows the DMK and its leaders in poor light. It also speaks poorly of Stalin’s efficiency in cobbling up a durable alliance. Though his side is seeing the usual supporters like the Communists, Marumalarchi DMK of Vaiko, Viduthalai Chiruthaigal Katchi headed by Thol Thirumavalavan, how much of strength these parties can bring to the alliance is to be seen.

Parties like Communists, Marumalarchi DMK of Vaiko, Viduthalai Chiruthaigal Katchi headed by Thol Thirumavalavan totally got four per cent of the votes in May 2016 elections to Tamil Nadu assembly.

The elections could also see the debut of actor Kamal Hassan’s Makkal Neidhi Maiam and AMMK going alone. The elections to the Lok Sabha could well be a dress rehearsal for the Assembly elections whenever it becomes due.

The killing of Central Reserve Police Force personnel in Kashmir last week, Stalin’s slip-up at various meetings, suggesting anti-Hindu statements, and a changing attitude on the ground towards Modi could also see the NDA gaining an upper hand as elections to the Lok Sabha inch nearer.

For now, AIADMK and BJP have pulled off a coup by getting PMK on their side. This will give them, at least, a psychological edge heading to the hustings. On its part, the United Progessive Alliance of Congress and DMK will also have to extend the same gesture and adopt the give and take tactics to take on the NDA which looks really formidable after the latest round of manoeuvres.