If Ban On Beef Is Food Fascism, Why Not Call SC’s Highway Booze Ban Judicial Fascism? 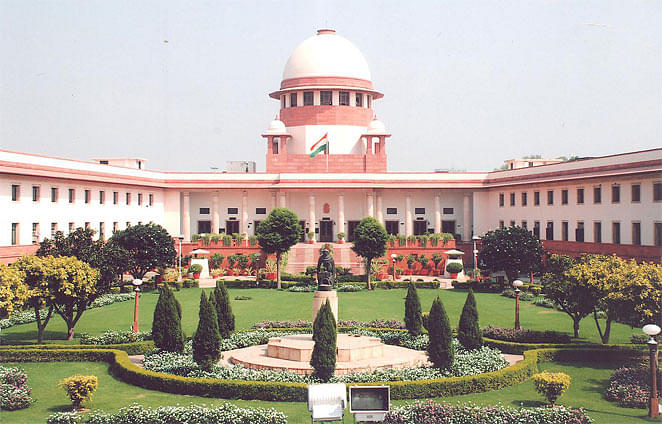 Those liberals who were obsessing about “food fascism” based on the BJP’s efforts to get tougher on cow slaughter, not just in Uttar Pradesh, but also Gujarat, Rajasthan, Madhya Pradesh and Chhattisgarh, should now ask themselves whether the Supreme Court is not heading in the same direction with its ban on liquor shops and restaurants serving liquor near highways. With Kerala restricting liquor consumption to five-star hotels, and Bihar opting for total prohibition, we should be equally concerned about other kinds of “fascisms” that seek to inhibit or redirect our consumption habits. Smoking has already been banned in public places, and cigarette packs loudly announce that smoking causes cancer, when new evidence suggests that the link between smoking and cancer may be tenuous.

The highway court ban, which resulted from a public interest litigation that sought to prohibit liquor vending on highways that tended to encourage drink-driving and road fatalities, is one more case of judicial over-reach for the simple reason that such laws cannot be made by courts. Yogi Adityanath, the Uttar Pradesh Chief Minister, is at least within his rights to ban illegal slaughter-houses, even though the rush to do so may be ill-advised, but the courts have no business making laws, even assuming these laws are well-intentioned and meant to deal with a menace like drunken driving. This writer has argued against excessive zeal in closing down slaughter-houses given its short-term economic impact, but the same logic would apply in spades to the Supreme Court’s liquor ban on highways, which will cause job losses in lakhs.

It is not that courts should not take cognisance of public concerns over pollution, drink driving, illegal slaughter-houses, et al, but what it should do is direct governments to legislate on these issues and, if needed, make its own recommendations. But it simply cannot make the law.

“Food fascism” is not quite fascism, but merely a law that may be unfair or unwise, but still legally defensible. Laws restricting somebody’s right to eat or drink what he or she wants surely restrict our freedoms, but this is no different from law-makers imposing various kinds of bans (books, movies, use of certain cooking ingredients, et al) based on their concerns for public health or public order. They may or may not be mistaken in their zeal, but one can’t call it fascism. But they can certainly be termed illiberal, needing rethink.

On the other hand, judicial law-making is pure and simple contravention of constitutional principles. If we define fascism as laws imposed by unelected bodies or people who rule by authoritarian diktat, the higher judiciary’s frequent forays into law-making fit the definition. Judges more or less appoint themselves, and they make laws without having the constitutional authority to do so.

Why not call this judicial fascism?