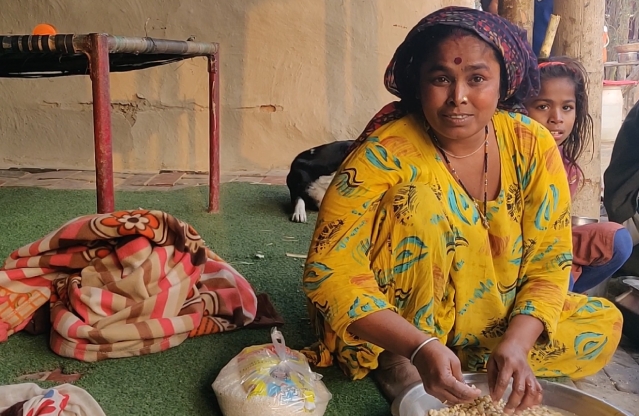 Amid a maze of flyovers in Delhi's Adarsh Nagar, on a sprawling ground near Delhi Jal Board, is a cluster of shanties housing migrants from Pakistan. About 600 Hindus, who fled religious persecution, have been living here for about six years.

Their mud shanties don’t have power supply. They don’t get newspapers. Most, particularly the elders, anyway can’t read Hindi even though they can converse in it. Almost all residents hail from various districts of Pakistan’s Sindh province.

They, however, have seen the videos of mobs burning down buses and other vehicles and pelting stones at the police in protest against the recently enacted legislation of The Citizenship (Amendment) Act, 2019 or the CAA.

The Act seeks to fast-track Indian citizenship to the minority (Hindu, Sikh, Parsi, Buddhist and Christian) immigrants from Pakistan, Afghanistan and Bangladesh.

The Act also seeks to amend the definition of illegal immigrants for people belonging to these faiths from these countries who have lived in India without documentation.

“I saw the videos on my son’s mobile phone. I don’t carry a phone myself. I saw what happened in Delhi and other areas that I don’t recognise by names. I saw vehicles being set on fire,” says Sonadas, a resident who, like others in the camp, entered India in 2013 with a Pakistani passport and a month-long pilgrim visa.

“This is actually worse than what we saw in Pakistan,” he says.

“If we are getting citizenship, it’s because we are persecuted and have nowhere else to go. We need it,” he says.

Sonadas folds his hands in appeal to the rioters and says, “My message to all my brothers in India is that please try to understand that no Indian is being driven out. Only persecuted refugees are being given citizenship. That is all there is to it,” he says.

Parveen had applied for citizenship in 2010 under the Citizenship Act, 1955 after marrying a resident of Jammu and Kashmir’s Poonch district.

Sonadas says he knows that the anti-CAA protestors are largely Muslims. He also knows that the way he is a minority in Pakistan, Muslims are a minority in India. The difference, he says, is stark and is not limited to the numbers alone — while Muslims were about 14.4 per cent of the Indian population as per 2011 Census, Hindus are about 2 per cent of Pakistan’s population.

“If we abuse the pradhan of Pakistan there, we will be shot at. Here, they are openly hurling abuses at [Narendra] Modi and Amit Shah,” he says.

“If Hindus protest in this way in Pakistan, entire villages will be burnt down.”

“I believe in Modi. I believe he will not go back on his promise,” he says.

Kodhandas says he doesn’t see the possibility of the Indian government giving in to the protesters. “Aise kaise sarkaar chalegi [how will the government function like this],” he asks.

He says Hindustan is not Pakistan and that “yahan Hinduon ki chalegi (Hindus will have their way here)”.

Kodhandas says he felt very bad after watching videos of the violent mobs.

“Mussalmaano ka kya lena dena is bill se? Wo to yahan ke naagrik hain hi. Niklenge bhi to sirf ghushpaithiye. Hamein to lagta hai ghuspaithiye hi halla kar rahe hain [What’s Indian Muslims got to do with the citizenship bill? They are already citizens of this country. Only illegal immigrants will be driven out. I think it is these illegal immigrants who are indulging in rioting],” he says.

“We have been telling our stories for six years now. Why don’t they understand?” he says. “We had thought we would be welcomed in India.”

“Just why do they hate us so much,” he asks.

Another resident, Meera, is cleaning dal for dinner. The camp has no facility of cooking gas; women cook on earthen oven using wood as fuel. She has been listening in to the conversation.

“We have come to our country. It’s not like we went to Bangladesh. Where else do Hindus go?” she asks.

Meera is worried after the protests.

“I have been having nightmares ever since I saw the videos. We are living in fear. India is looking like Pakistan,” she says.

“We will not go back [to Pakistan]. It will be better if the government kills us here.”

Her husband Dhanraj, sipping on tea, says the family will commit suicide if the government sends them back.

“Either we will kill ourselves or someone should pour petrol over us and set us on fire,” he says.