In Numbers: The BJP's Victories In Azamgarh And Rampur 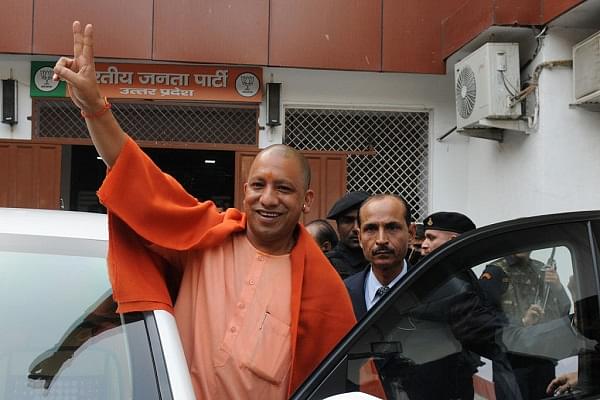 The Bharatiya Janata Party (BJP) has pulled off two stunning upsets in Uttar Pradesh, by winning byelections to Rampur and Azamgarh parliamentary constituencies. Both were prestigious strongholds of the Samajwadi Party (SP) for over a decade. The SP was also, always, the party to beat in provincial elections.

Mulayam Singh Yadav won from Azamgarh in 2014, and his son, Akhilesh, in 2019. Rampur returned the SP’s former talisman, Jayaprada, twice – in 2004 and 2009, and Azam Khan, the party’s Muslim face, in 2019. And, the SP had consistently led in most of the assembly seats and segments of these two seats, in every assembly and Lok Sabha election going back to 2009.

Yet, today, it is the BJP which is the predominant political force in both seats. That shift in voting patterns represents fundamental changes in the electoral mindset, and has numerous socio-political implications.

Here are the provisional results of the two parliamentary constituencies:

Last week, Swarajya made two key predictions for this seat in western UP.

First, that looking at past electoral history, the SP had a higher chance of winning Rampur. And, second, that the BJP could win Rampur, but only if it managed to attract 6-7 per cent of the vote directly from the SP.

Interestingly, the BJP has managed to do exactly that. As the vote swing table below shows, its vote share increased by 9 per cent from 2019, of which, 7 per cent came from the SP.

Second, with neither the Bahujan Samaj Party (BSP) or Congress contesting, Rampur has become intensely bipolar. 98 per cent of the votes cast were shared between the BJP and the SP. This mimics the 2019 general elections, when bipolarity was 96 per cent.

Third, the BSP, which used to have a decent presence in Rampur, and even won in the seat in 2004, has been wiped out. Today, every last Dalit vote has shifted to the BJP. The significance of that will become increasingly apparent, on a broader canvas, by 2024.

Fourth, vote banking has finally come a cropper. For years, the electoral fortunes of Rampur were decided by who aligned with the Muslims. That cosy formula has been rendered irrelevant.

A chart below of how the BJP’s vote share has grown after 2009 tells it all:

Fifth, the Congress has withered to such an extent in western UP that it didn’t even care to contest the Rampur elections. This is a humiliating decline for a party which won this seat nine times in the last century.

While it is simply too early to extrapolate these results to 2024, they do, however indicate, at least qualitatively, the nature of the potential BJP sweep in UP.

Eastern UP has remained the BJP’s Achilles Heel ever since the party rose to power in the state. And, while its win in Azamgarh is a landmark one, the nature of the victory has a story to tell: the BJP won by just one per cent, and with just 34 per cent of the popular vote, in a tight, three-way contest.

Swarajya’s prediction last week was that the SP had the higher chances of victory. Our analysis showed that the BJP could win only if the BSP split the Muslim vote. That is exactly what has happened in the June 2022 byelection, with the BSP polling 29 per cent.

Indeed, as a table below shows, the BJP’s vote share actually went down marginally from what it got in 2019:

Ergo, the only reason the BJP won is because the BSP took back from the SP, all the votes it gave in 2019, when the SP and BSP were briefly allied.

As a result, the bipolarity we witnessed in 2019 has been replaced with the traditional three-way contests Azamgarh is used to.

Nonetheless, the BJP has improved its standing in Azamgarh. Never once in the past four elections – of 2014, 2017, 2019, and March 2022 – had the party won a single assembly seat or Lok Sabha segment here. From that, to winning, albeit in a three-way contest, is progress. And, as the chart below shows, the BJP has improved its vote share by 4 per cent since the March 2022 assembly elections. This is a testament to their organisational structure.

So again, we see that the BJP performs better in general elections than in assembly elections, even in areas like Azamgarh where it is relatively less successful.

In conclusion, the BJP’s victories in Azamgarh and Rampur mean that the Muslim vote is becoming increasingly irrelevant in western UP, identity consolidations are inevitably leading to counter-consolidations, Yadav votes are shifting from the SP to the BJP, Dalit votes are shifting form the BSP to the BJP, and that the BJP needs to continue focusing on grassroots work in eastern UP.