In Telangana’s Battle Of Nerves Between Chief Minister And Transport Employees, Commuters Are Losers 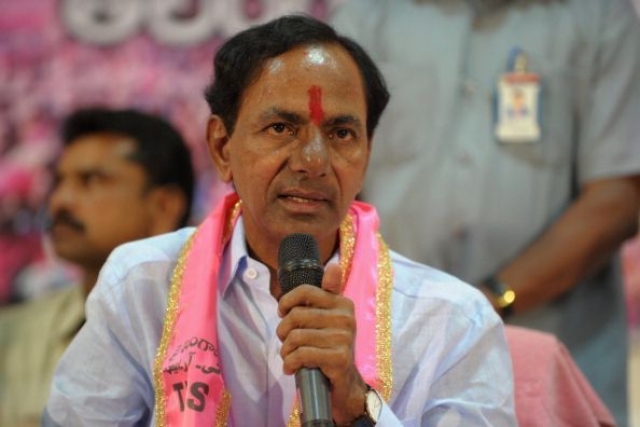 The people of Telangana have come out as ultimate losers in a battle of nerves between the state Chief Minister K Chandrasekhar Rao and the employees of the Road Transport Corporation (TSRTC).

A strike by the TSRTC employees, which lasted for 51 days, ended abruptly on 26 November with the workers not gaining anything.

The employees had demanded, among other things, the take-over of the corporation by the state government and a hike in their wages.

The strike by the employees from 5 October to 25 November turned into a prestigious battle between the labour union and Rao.

During the 51 days of the strike, at least five employees committed suicide and 25 others died of heart attack, which family members have attributed to the stress and tension the workers underwent during the strike period.

Two days after the strike was called off, Rao told the media that his government would increase bus fares by 20 paise per km to generate additional income.

The Chief Minister said the hike would help his government mop up Rs 750 crore annually. The new fares came into effect from 2 December.

More importantly, Rao told the media that the 48,000-odd employees, who he said at the initial stages of the strike were deemed to have voluntarily quit their jobs, would be taken back.

The strike resulted in two outcomes. One, the commuters/people now have to pay more. This is like adding insult to injury.

Affected people say that they had to undergo untold miseries during the 51-day strike. Some had to even pay extra fare to reach their destinations. Not all people, especially those in remote areas -- where skeletal services were operated -- were able to get transport facilities.

Many, particularly students, had to put up with crowded services after walking a long way to catch buses. Hardly a few hundred buses were operational against the 10,400 buses the transport corporation runs daily.

After having undergone such ordeals, the Rao government added “insult to injury” by raising bus fares.

“The commuter/customer seems to be the loser in Telangana. Employees struck work for over 50 days and the Chief Minister stuck to his guns.

“After the strike was called off, employees get concessions and commuters are slapped with the fare hike. Wouldn’t an early decision have saved commuters of the problems they had to face for over a month-and-a-half?” wonders a senior Hyderbad citizen.

Rao and his government’s actions are clear indicators that they waited for the TSRTC worker unions to blink first.

Two, apart from commuters, even the workers seem to have lost in this battle of nerves.

No doubt, the employees got wages for the period they were on strike. But Rao, who met the employees after they called off the strike, has asked the workers to dump their trade unions.

Instead, he said, welfare committees would be set up at every bus depot with two employee-representatives. Surprisingly, the trade unions have gone silent on the whole issue.

The Chief Minister has, so far, maintained silence on the state government taking over the ailing transport corporation or wage hike for the employees. He, however, has promised Rs 1,000 crore allocation in the budget for the corporation and hopes it would earn an equal sum as profit.

One gain for the employees, though, is the assurance of their retirement age being raised to 60 from 58.

The employees had begun an indefinite strike on 5 October primarily since the transport corporation was accumulating losses of over Rs 1,100 crore every year.

The employees had also demanded the filling up of various vacancies, modernising an ageing fleet, setting right lack of human resources, overcoming inefficiency and facing competition from private operators.

When the strike began, the State Government had given the workers an ultimatum to resume work twice -- 5 November was the last -- and hardly 500 employees fell in line.

The transport corporation employees began their agitation because the strike notice given by the workers union to the state government in early September had been ignored.

State Transport Minister Puvvada Ajay Kumar's act in September of turning away the workers union, demanding negotiations, and saying that Chief Minister Rao would take a decision complicated the situation.

The Rao government further angered the workers by calling them for talks only on 3 October, two days before they were scheduled to go on strike.

The State government delayed calling the trade unions for talks assuming that employees would not go on strike. On earlier occasions in 2016, 2017 and 2018, the workers hadn’t gone ahead with their strike threat.

The strike is also a clear indication of the fall-out between Rao’s Telangana Rashtra Samithi (TRS) party and the employees who had supported the TRS agitation for a separate Telangana state.

During the agitation, the TRS party and Rao had promised to meet the demands and aspirations of the transport workers if they came to power. According to Telangana Mazdoor Union working president Thomas Reddy, not a single promise made by TRS and Rao has been fulfilled yet.

The TSRTC agitation was sparked off by the Andhra Pradesh government’s decision to take over the AP State Road Transport Corporation.

A huge financial drain for TSRTC is that it spends Rs 365 crore alone as interest every year. Besides, the transport corporation shoulders some of the subsidy elements for the state government like ferrying students and senior citizens free of cost or at concessional rates.