Removing Art 370 An Act Of Emancipation: Dalits, Women And Tribals Of J&K Will Now Get Their Due 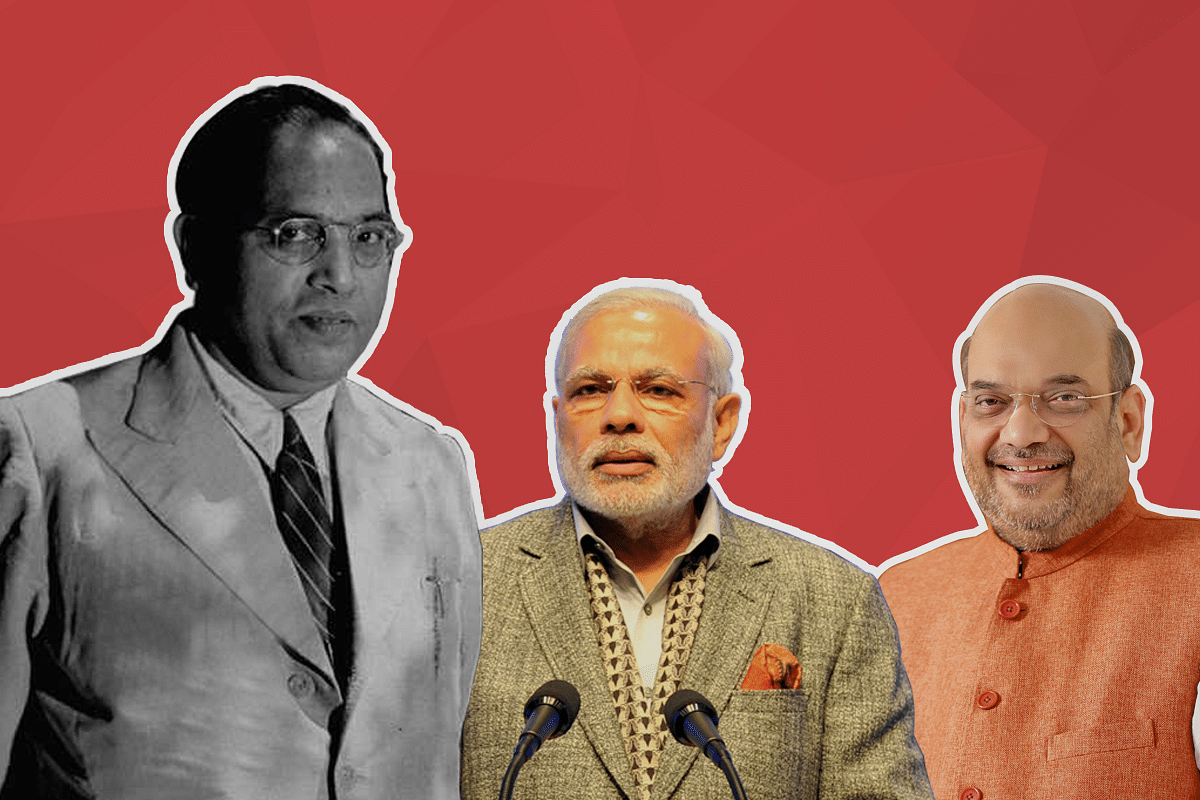 Yesterday, the Narendra Modi government scripted history by repealing the infamous Article 370 from the state of Jammu and Kashmir.

Let’s be clear; among the core agendas of the BJP and before it, the Jan Sangh, abrogating Article 370 was the toughest one. Not many believed that it will be done ever. The Uniform Civil Code and construction of the Ram Mandir were considered to be much more realistic promises of the party.

But the very fact that the promise on Article 370 has been the first one to be delivered has stunned the detractors.

For too long this racist, supremacist, anti-women, anti-Dalit and anti-tribal provision has lowered the prestige of the Constitution of India and has led to suffering of the masses of Jammu and Kashmir.

The sufferings of the Dalits, various tribal communities and women under the rule of the Islamist patriarchs had always skipped public discourse. They were denied equal opportunity, equal rights to occupation and property and were left at the mercy of a decadent political elite running Jammu and Kashmir as their fiefdom.

Not only them but the religious minorities like the Shias, Hindus, and Buddhists of the regions of Jammu, Ladakh and Kargil were thrown at the mercy of the feudal Islamist supremacists of the Valley, who deftly used the location of Kashmir as a border state to run an ‘insurgency for Azadi’ to perpetually blackmail Delhi into giving ever more concessions — to the extent of turning a blind eye towards massive corruption and murders.

The clock started ticking ever since Modi-led BJP came to power in New Delhi in 2014. BJP gave the Kashmir separatists a last chance and allied with the hardliner People’s Democratic Party (PDP).

The BJP even sacrificed its core voters in the region to give peace and an amicable resolution to the problem of separatism a last chance. But the alliance fell apart as the Valley politicians thought they were dealing with the same old Delhi dispensation that they could blackmail at will.

It is then that the wheels were set in motion to resolve the issue once and for all, by fully integrating the state of Jammu and Kashmir to the Indian Union. The most crucial part of it was the imposition of governor’s rule and later the implementation of the SC/ST reservations to the state in February 2019.

The implementation of the reservations was a clear hint of the things to come. Under it, the Governor exercised the powers of the elected government and expressed the will of the state legislature in making recommendations to the President in relation to Article 370. Few noticed it then and fewer still understood the full import of the events.

But now the deed is done.

Something that was considered impossible stands accomplished. And there is no question about the constitutional and legal validity except in the minds of the those who are victims of the left-wing and liberal propaganda of the WhatsApp university.

However, this historic moment was marred by the unruly behaviour of a few parties in the Parliament. While Indians in every corner of the country were elated at the news, members of a few parties like the Congress, Trinamool Congress (TMC), the Communists parties, the Janta Dal (United) (JD(U)) etc., were opposing it inside the parliament.

As the people watched in disbelief, these parties went on to defend the anti-people and anti-national provisions of Article 370. By doing so they have etched their names in infamy for generations to come.

The politics of the likes of JD(U) is guided by the belief that there’s a Muslim vote bank in their home states that supports provisions like Article 370. Nitish Kumar has played dirty, communal politics and has shown that he can’t be trusted on issues of national importance.

And about the Communist parties, the less said, the better.

From rejecting India’s independence to advocating balkanising of India to welcoming the Chinese army as the liberation army to defending anyone and everyone waging war against India, the Communist parties have run the whole gamut. So, it doesn’t come as any surprise that they opposed this move of the Modi government.

The TMC has a proven track record for putting the ‘Muslim cause’ above all others, and even in this case, the party supports the Valley’s Muslim hegemony and exceptionalism over national interest.

But the greatest and most painful fall is that of the Congress.

One would have hoped that the Congress would not have opposed the full integration of the state of Jammu and Kashmir with the rest of India. But it seems that the Congress too is now in the thrall of the anarchist and ultra-left that have taken it from one disaster to another.

The only ray of hope is that several of its elected representatives in the Lok Sabha might vote for India when the time comes — like the Congress party whip in the Rajya Sabha, who chose to resign rather than to issue the whip to vote against the abrogation of Article 370.

And in the end, it is a triumph of Hindutva and its vision of an unified Indian state, capable of resisting imperialism and outside intervention in Indian affairs.

By giving equal rights to the religious minorities, emancipating Dalits and tribals and removing disabilities imposed upon women by law in Jammu and Kashmir, the Modi government has furthered the modernist and egalitarian vision of Hindutva, which seeks the creation a modern Indian nation.

And for this reason alone, Narendra Modi will be considered as the greatest prime minister of India and the indomitable home minister Amit Shah shall be known as Sardar Amit Shah.