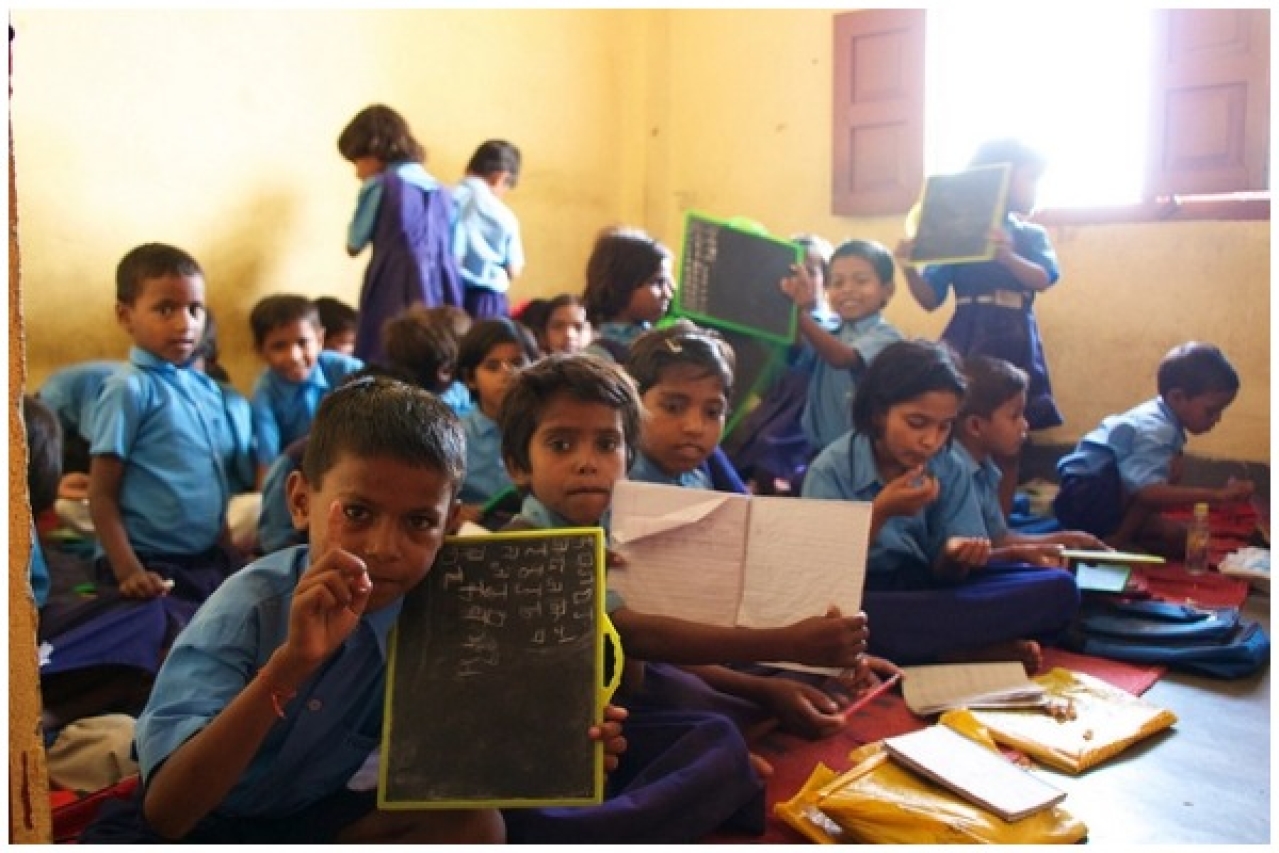 India’s government schools are in a pitiful state. At the heart of the country’s education crisis lies the failure of the public school system, especially at the primary and upper primary levels. No wonder we have witnessed an exodus of unprecedented proportions of students from government schools to private ones in the last one decade.

Professor Geeta Gandhi Kingdon, who trawled District Information System for Education (DISE) data, estimates that between 2010 and 2017, over 2.5 crore students have left the failing public school system and moved to private schools.

It is in this backdrop that the Kasturirangan committee has come up with a draft National Education Policy (NEP). Obviously, one expected it to go at the root of the ills plaguing government schools and recommend bold reforms for a complete overhaul of the system. Instead, it seems to have missed the forest for the trees.

Neither could it diagnose the problem with government schools well, nor could it suggest any concrete solutions which would help improve them.

Seeing the conditions of government schools, one wonders, if they are being sustained for children or special interest groups. A hilarious conversation from an episode of wildly popular satirical British political drama series ‘Yes, Prime Minister’ is in order here. PM’s principal private secretary Bernard Woolley and Cabinet Secretary Sir Humphrey Appleby are discussing education reform.

Bernard: But if it [comprehensive education] was introduced to improve standards....

Humphrey: Whatever gave you that idea?

Bernard: You mean it was to get rid of class distinction?

Bernard: So that all children.....

Humphrey: The Department of Education never mentions children! No, no, no, no, Bernard. It was to get rid of class distinction in the teaching profession. Improve the living standard of teachers, not the educational standards of children.

Anyway, we should still assume that the government school system exists to primarily serve the students and not the education departments and their permanent employees. In that case, the only thing that matters is how much they are learning in school. The draft NEP admits that ‘we are in a severe learning crisis’ as over five crore students who are studying in the elementary level have not acquired the ability to read and comprehend basic text or carry out basic addition and subtraction. The draft pinpoints four factors, which are contributing to this alarming situation:

First, lack of early childhood care and education (ECCE). Since ‘85 per cent of a child’s cumulative brain development occurs prior to the age of six’ - the age at which formal, compulsory schooling begins - lack of ECCE significantly impacts learning outcomes in primary school and beyond. The problem is more pronounced in students from disadvantaged backgrounds.

Second, the curriculum in initial grades ‘moves very quickly towards rote learning and more mechanical academic skills’ rather than focusing on imparting skills of reading, writing, speaking, counting, et cetera - all of which can make a child’s life in higher grades much easier by giving him a solid foundation.

Third, the lack of teachers who are specially trained for ECCE apart from higher pupil-teacher ratio.

There is no doubt that all these four issues are serious ones and the reforms suggested by the draft NEP - to focus on ECCE and laying the foundation for basic numeracy and literacy from age 3 to 8 (up to Class 2); introducing ECCE-focused curriculum; hiring the best teachers, giving them good training, not allocating non-teaching chores to them, lowering PTR, providing them basic infrastructure for ease of working, and launching breakfast meals in schools apart from mid-day meals are all worthy suggestions which will help move the needle on government schools reform. But not by much.

If these were the real problems, then the difference between learning outcomes of private schoolchildren and government schoolchildren wouldn’t be as stark as it is today. According to the 2018 ASER report, 65 per cent Class V children in private schools could read a Class II level text, while only 44 per cent of children in government schools could do so - a difference of 21 percentage points. Ten years ago, this gap was 15 percentage points. During this period, enrollment of children in private schools went up from 18 per cent to over 30 per cent now. 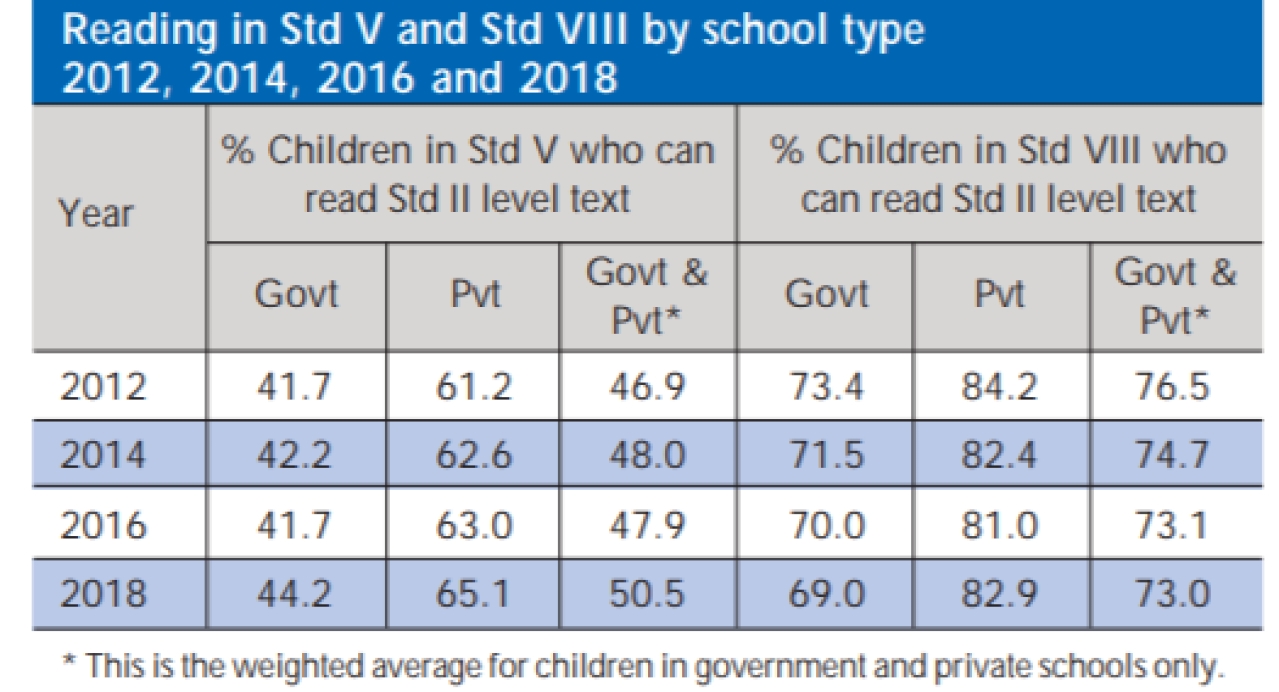 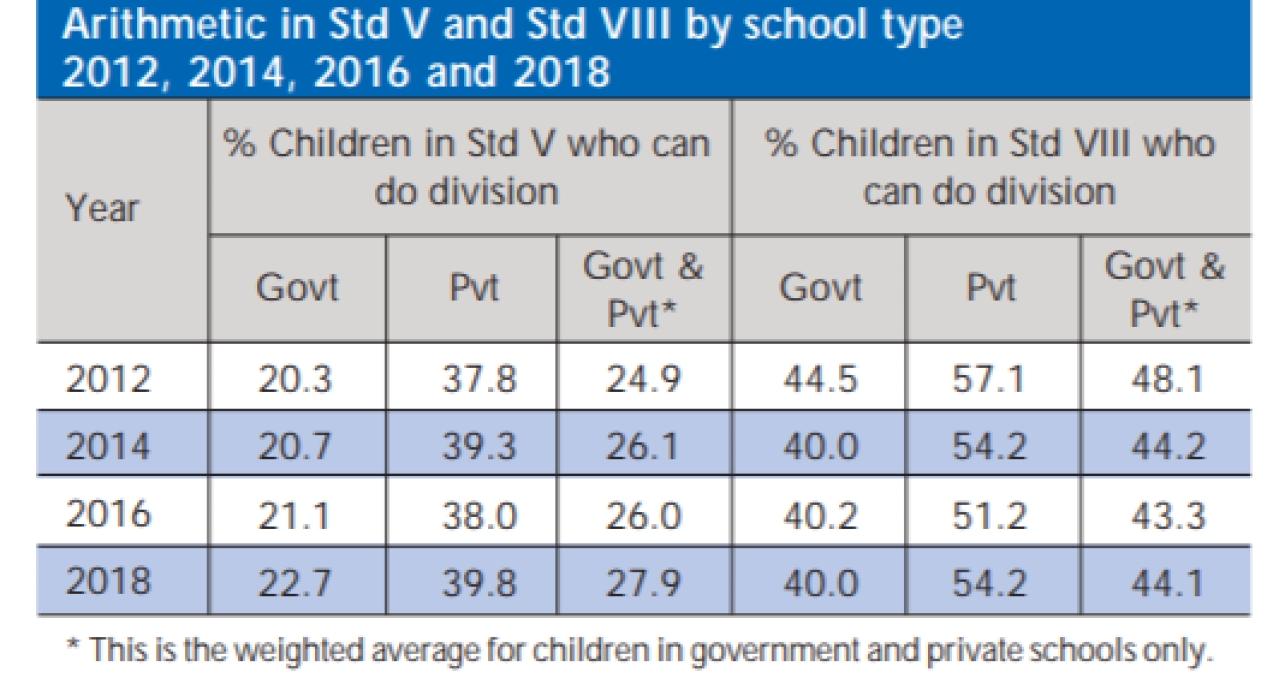 Plus, all these figures are for rural areas, meaning that the simple assertion such as ‘disadvantaged children go to government schools, privileged ones to private schools’ cannot explain this wide gap as the difference in income and living standards don’t vary as much in rural areas as they do in urban ones.

Lack of teaching capacity/ability et cetera also cannot be an excuse because government schools have a cadre of more qualified and better trained teachers than private ones. Similarly, the latter are paid a fraction of the former.

The PTR is much higher for private schools (41 per cent of elementary government schools in 20 major states had a PTR of 12 in 2017-18, according to Professor Kingdon’s analysis). As far as infrastructure is concerned, DISE data shows that 14.5 per cent of all public schools fulfilled the infrastructure norms prescribed in the RTE Act, while the same figure for private schools is slightly less - 12.7 per cent.

Despite having better qualified teachers, spending many times more than private schools on per pupil, poorer basic infrastructure, mid-day meal system and a higher pupil teacher ratio, government schools are far behind.

And what is the draft NEP’s recommendation? To throw more money and time on aspects where government schools already have a significant advantage over private schools, but still has failed to deliver. There’s only so much breakfast meal addition can one can do.

Under the section “Equitable and inclusive education’, the draft NEP recommends a dangerous and divisive idea of carving out special education zones in the country based on identity (effectively on caste and religion) as it believes that areas where disadvantaged groups such as SCs, STs, OBCs, Muslims, et cetera are in present in significant numbers are also the areas which lack behind in education outcomes.

While the truth is that even in those areas where disadvantaged sections are not in majority, government schools have overwhelming number of students from these groups.

The numbers speak for themselves. As we noted earlier in the article, even in rural areas, one-third of students now attend private schools. This figure jumped from 18 per cent in 2008 to over 30 per cent in 2014 but has remained unchanged in the past five years which means that those who could afford to send their children to private schools have already done so.

So, instead of focussing on certain areas, if the government can focus on reforming all the government schools in a non-discriminatory manner, it would do the greatest service to the disadvantaged sections of society - irrespective of whether they are living in majority or minority. The best way to help these poor students would be through cash transfers redeemable at any budget private school in their area but the draft NEP doesn’t even consider this as an option.

Nonetheless, the failure of government schools in India is chiefly about the lack of incentives (true for failures of most public policies). Since a great number of the students studying in government schools are from the poorest section of society, holding officials accountable has become that much harder.

The onus is now more on the government to take some hard decisions to reform the system. And two things need to change immediately and drastically if government schools are to be revived: the way they are governed and teacher accountability. The draft NEP deals with both these issues in detail.

First, it recommends school consolidation - at least administratively if not physically. This step is necessitated because as the data shows, we now have too many government schools with small number of students. If in an area, there are different schools catering to primary, secondary and higher levels, all of them will be consolidated into one school complex under one management with representatives from all individual schools who will also be independently governed by their own management committees.

While all this is good, it doesn’t address the fundamental question of fixing accountability. The idea of empowering School Complex management committees (having parents of students as majority of members) is a big step in the right direction but these were mandated in RTE Act too and there is a reason why they have come a cropper even after 10 years of implementation of the legislation.

Second, on teachers, the draft NEP dedicates a whole section. Earlier in the article, we discussed how most steps suggested by the committee would do little to improve learning outcomes of students. But there is one great recommendation which can potentially transform the way teachers are held accountable in government schools. It suggests linking their salary increases and promotions to merit and performance which will be determined by a combination of factors such as reviews by students, peers, attendance, et cetera.

Additionally, their promotions and salary increases will be done only after endorsement of school management committee (which will have parents of students in majority).

This is truly revolutionary but one wonders how it will fit into our reservation system where we have quota not just in recruitment but in promotions as well. Surprisingly, the document is completely silent on this aspect.

On teacher education too, the draft NEP misses a golden opportunity to show boldness and liberate it from the clutches of outdated model of B.Ed monopoly. In an era of teacher certification and platforms such as Unacademy, Coursera, Khan Academy, Byju’s, et cetera where good teachers (almost no B.Eds) are rewarded based on their teaching ability and student reviews, recommending a system where teachers are taught how to teach in a four-year integrated course or two-year course for lateral entry is a monumental waste of resources.

A simple teacher eligibility test followed by a test for specialisation in a subject or two should suffice. Finally, there could be an interview stage where teaching abilities are tested via demonstration.

But chairperson of the NEP committee, Dr. K. Kasturirangan says ‘we want to make teachers a cadre which is as serious, with credentials as any other cadre, such as a computer engineer, mechanical engineer.’ At a time when engineering itself as a professional course is becoming obsolete, dreaming of such “cadres” for teachers shows how far removed from reality our policymakers are. Nowadays, software firms don’t care if you have a computer science degree or not as long as you can code.

It doesn’t matter whether you learnt it in a college, through an online course or even taught yourself.

The NEP committee had a historic opportunity to recommend a bitter pill for the ailing government school system to revive. Sadly, it has disappointed. The ball is now in the government’s court.

Get Swarajya in your inbox everyday. Subscribe here.
Tags:
101 Shares