Is The Hounding Of Former Kerala DGP T P Senkumar A Communist Witch-Hunt? 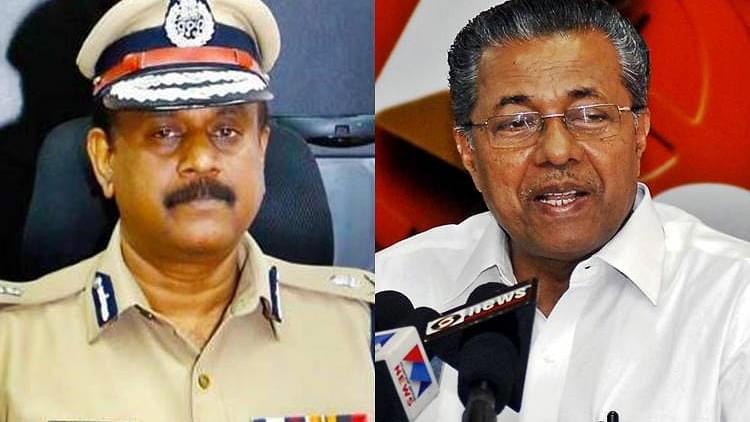 Courts may have to step in again to bail Senkumar out.

The former Director General of Police (DGP) of Kerala, T P Senkumar, has been charged by the state (specifically the cyber-security cell) with a non-bailable offence under Indian Penal Code (IPC) section 153A for allegedly “promoting enmity between different groups based on religion, race, place of birth, residence, language, etc”.

The fact that this is a non-bailable offence, so far as I can tell, means that the former officer will immediately be arrested and put in jail, presumed guilty, and he will have to argue his case from inside. For a person who retired as a DGP just two weeks ago, this could mean a death sentence: it is possible that somebody will beat him to death.

Imagine the humiliation: the very people whose boss he was until two weeks ago will tejovadham him now. Surely, this is a cruel and unusual punishment, and the judge, who considers the first information report (FIR) should certainly avoid putting Senkumar in jail.

There is much more to this than what meets the eye. First, the content of what Senkumar reportedly said in an online interview. Second, the history of animosity between the Communist Party of India (Marxist) government and Senkumar. Third, prior use of similar provisions to punish (or not) others. Fourth, the jati angle.

If you look at the actual content of what Senkumar allegedly said, and who he is, there seems a priori to be little reason to impose the draconian 153A on him. For one thing, he does not represent any “group of people” based on religion. In other words, if, let us say, a Christian padre were to say something rude, based on their religions, about Muslims or Hindus, then there is the possibility of a “group of people” feeling a sense of enmity to another.

Since Senkumar is a retired government servant, and not a representative of Hindus (as far as is known), or associated with any Hindu groups (he was born in a Hindu family, from his name), it is not clear how he is “promoting enmity between different groups”. At worst, it could be that he offended some group. Therefore 153A seems inappropriate.

Further, from what I have been able to gather he said two things:

Now, factually speaking, the first statement seems logically correct. If 27 per cent of the population is producing 42 per cent of the babies, then sooner or later that group will grow, and demography will change in its favour, especially in a democracy. There is precedent: take the Arab nation of Lebanon. In their last census in 1932, the ratio of Christians to Muslims was 51:49; with higher Muslim fertility and Christian emigration, the 2014 ratio was roughly 40:60. Yes, demographics can change in a few decades. Demography is history.

The second statement that the alleged “love jihad” exists in Kerala merely repeats an official response tabled in the Kerala Assembly in September 2012 by the then chief minister Oommen Chandy that in 2009-2012, 2,667 women converted to Islam (of which 2,195 were Hindus and 492 were Christians), 79 women to Christianity and two to Hinduism.

As such, it is overkill by the Kerala government to take this drastic step of a non-bailable case. The casual observer would wonder why it was so zealous in this case, when there were other cases where people said things that were more obvious attacks on others. In 2015, a Christian padre accused a Hindu community, and Muslims, and ‘auto drivers’ of stealing Christian girls. But there was no overkill, and no non-bailable charge, although to the naked eye, it certainly looks like “promoting enmity based on religion”.

On the other hand, the Kerala government did go overboard in another case. Vellappalli Natesan was victimised by this ‘non-bailable’ weapon when he said, during the extended election campaign season, that the compassion shown to victims is based on the religion of the victim. I remember the situation: there had been other victims just around that time, but the government did not show much tenderness towards them. There was indeed apparent bias.

Let me clarify, however, that the two instances above were both under the earlier Congress-United Democratic Front (UDF) government, not the current CPI(M) government. But it is clear that Kerala governments are prone to misuse the powers they have against certain people, not others. Neither the UDF nor the CPI(M) is immune to this discriminatory treatment.

For today’s CPI(M) government to show so much alacrity to pursue the just-retired DGP, there must be other factors at play. In fact there are: there has been a running battle between the CPI(M) government and Senkumar. The CPI(M) took the oath of office on 25 May 2016. Within two days, it removed Senkumar as DGP. Senkumar, who had another year of service left, appealed to the courts, claiming that his removal was without any reason.

The obvious inference is that there was bad blood between the CPI(M) and Senkumar based on some prior issues that I am not familiar with. It sounds like a vendetta. Senkumar argued his case all the way to the Supreme Court, which ruled in his favour on April 24th, in what was described as a “huge blow” to the state government.

However, the state then tried delaying tactics, knowing fully well that Senkumar would retire on 30 June. Senkumar filed a contempt of court petition in the Supreme Court accusing the state of ignoring the court order. He won and the SC ordered the state to obey its ruling forthwith, in a humiliating loss of face for Chief Minister Pinarayi Vijayan. So the government was forced to reinstate Senkumar in May. It looks as though it adopted a non-cooperation stand thereafter.

It is a reasonable conjecture that the state government is continuing its vendetta against Senkumar now that he is out of office, by using draconian laws unreasonably. It looks petty and vindictive in doing so. It is doing this... because it can?

Then there is the jati angle. Senkumar and Natesan are both from the other backward class (OBC) Ezhava jati. Ironically enough, the support base for the CPI(M) comes largely from the Ezhavas and Thiyyas whom the CPI(M) brass treat as expendable. In an astonishing display of casteism, it took 50 years before an Ezhava (V S Achuthanandan) was made CM by the CPI(M) in 2006 . K R Gowri, the CPI(M) stalwart, talks ruefully about how gender prejudice hurt her. Last week, it was reported in the Malayalam media that during her 99th birthday celebration, she openly accused the party and its hallowed leader E M S Namboodiripad of casteism as well.

Thus jati-based prejudice may well be at play as well. It looks like a perfect storm against poor Senkumar. Communists are violent, vindictive and vicious (just ask Trotsky or Pol Pot). Tough days ahead, but presumably the courts will step in again and prevent what looks like a miscarriage of justice based on a witch-hunt or a mafia-style blood-feud, unbecoming of a modern day government. I wrote in 2015 about virtual apartheid in Kerala under the Congress, and it is no different under the CPI(M).