It's Time The Regressive Elements Shut up 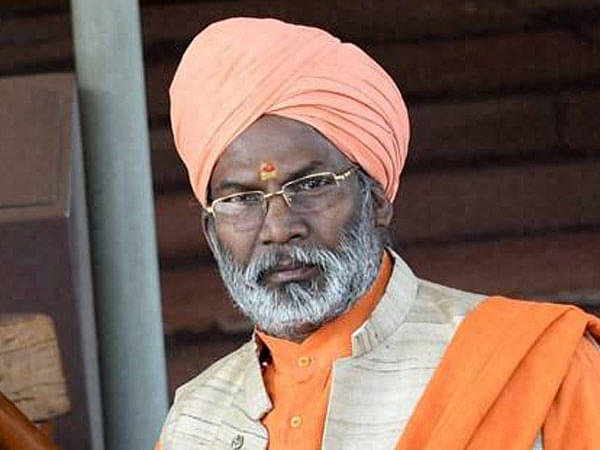 The fanatic fringe of the BJP and the Sangh Parivar must keep its mouth shut and stop undermining the government’s good governance efforts.

So, BJP president Amit Shah has finally cracked the whip on the motormouths that the party seems to be full of. According to this report, he summoned MP Sakshi Maharaj, Uttar Pradesh MLA Sangeet Som and Haryana chief minister Manohar Lal Khattar and warned them against making controversial remarks.

Today’s papers reported Sakshi Maharaj’s statements seeking a law to hang people for cow slaughter and justifying the beating up of an independent MLA in the Jammu and Kashmir assembly by BJP MLAs because he had hosted a beef party.  Two days earlier, Khattar had, in an interview to the Indian Express, said Muslims were welcome to live in the country but they must give up eating beef.  Som and culture minister Mahesh Sharma had, instead of quelling the flames in Dadri after the lynching incident, fanned controversy with their statements.

One wonders why Sharma and Giriraj Kishore, another minister constantly courting controversy with his communal remarks, were not given a dressing down, but ticking off these three is a welcome start.

But what will Shah do – indeed, what can he do? – about the RSS, the BJP’s parent? According to this report, the cover story in the latest issue of Panchjanya, the RSS mouthpiece, all but justifies the lynching incident at Dadri.

The article, authored by Tufail Chaturvedi, reportedly says `veda ka adesh hai ki gau hatya karne wale pataki ke pran le lo. Hum mein se bahuton ke liye to yah jivan-maran ka prashn hai (the Vedas order the killing of those murdering cows. For us this is a matter of life and death). The article quotes other such gems, including the invoking of Newton’s law of action-reaction, and has even interviewed Chaturvedi.

Is India to be governed by the Vedas or by the Constitution of India? The Directive Principles certainly talk about “prohibiting the slaughter of cows, calves and other milch and draught cattle” but there is no, absolutely and totally no, sanction for any kind of intolerance (let alone violence) over this.

Now, it is quite possible that the Indian Express quoted selectively from the article and that neither Panchjanya or Chaturvedi meant to justify violent attacks on those eating beef, much less the killing at Dadri. Till the time of this piece being published, this writer has not been able to access the article (it is not online); repeated attempts to contact the Panchjanya editor proved futile.

Even if it turns out that the Indian Express has been selective in quoting from the article, it doesn’t seem as if the overall tone of the article will change a great deal – it still demonstrates a mindset that tries to impose a socio-cultural unanimity on the country that denies the plurality of Hinduism itself.

More worryingly, this is part of a consistent pattern of all kinds of loose cannons from the sangh parivar and the BJP, shooting their mouths off and putting the government in a spot. The BJP cannot say it has nothing to do with the RSS. After all, its ministers did line up to brief the organisation about their work.

Madcap rants like these will always get played up, and gleefully so in an environment where the `secular’ fundamentalists have still not been able to wrap their heads around the fact that Narendra Modi has come to power on an appeal focussing on development and not communalism.

Rabble-rousing statements like these give this brigade a handle to smugly say – look, we told you, Modi’s development talk was just a sham, meant to beguile you into giving the BJP a thundering majority; this is the real agenda. Modi’s silence on such matters only reinforces this depiction and confuses those who voted for him because they believed in his development agenda.

Most worryingly, these provocative utterances completely divert attention from the lot of good work that this government is doing. The economy is slowly, very slowly, but surely on the mend. The much-needed focus on infrastructure has returned and is beginning to pay dividends. A State Bank of India Ecowrap report shows that the ticket size of new investments is increasing and that of dropped projects is falling.

The quality of public expenditure is improving, with greater bias towards capital expenditure over revenue expenditure. Foreign investor interest in India is still high, despite disappointment with the lack of big bang reforms. Domestic industry is dissatisfied, yes, but no one wants a return to the pre-May 2014 years.

Sure, there’s a lot more that needs to be done, but a lot has been achieved since May 2014 and all this is just getting overshadowed by the rabid fringe.

If Modi and Shah have realised that – albeit a bit late – and are acting on it, that is a relief. The ticking off that Shah did today should not be a token one, meant to address growing concern over their silence. A clear message will have to go out across the cadres and the larger parivar – keep your mouths shut and stop undermining the government.

The RSS has since distanced itself from not just the article but Panchjanya itself. While this is as disingenuous as the Shiv Sena distancing itself from Saamna and the CPM from People’s Democracy, this stance needs to be welcomed. It shows an acknowledgement of the fact that such views will not go down well even among RSS sympathisers and that the RSS cannot be seen to be associated with violent reactions. It shows a welcome bowing to public opinion. Whether this will lead to a drop in irresponsible utterances and actions by not just the RSS but other sangh parivar organisations remains to be seen.

According to news reports, the Panchjanya editor (who did not respond to phone calls and an sms from this writer yesterday) has distanced himself from the article itself and said these are the personal views of the writer. This will simply not wash. The article is the cover story of the magazine – surely some thought must have gone into placing it as such? And this thought must have come after the piece was read? Can the editor of a publication disown responsibility for publishing such an incendiary piece?