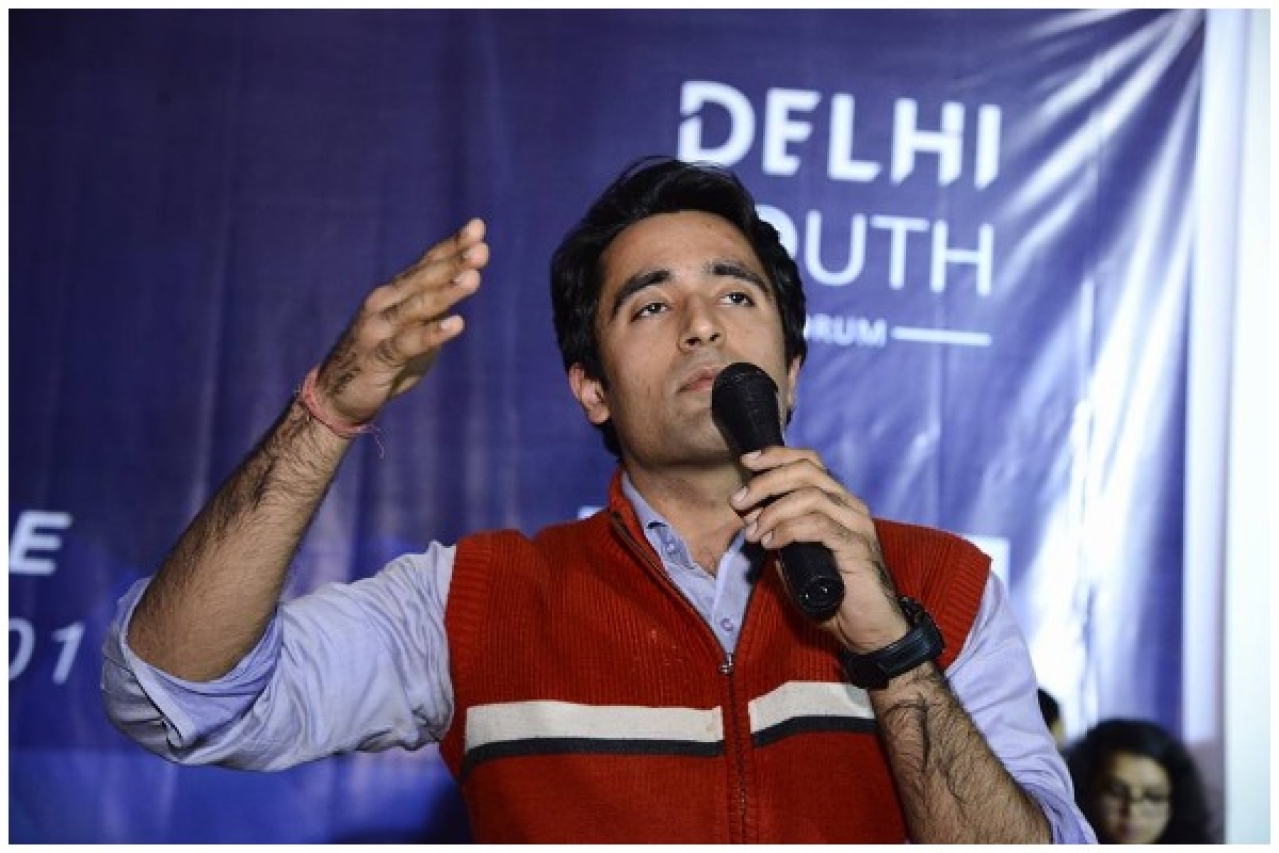 At some point or the other, one gets the feeling of a disconnect between the mainstream media and the common man.

At times, one may have even felt that the things portrayed or discussed in the media don’t really resonate with citizens on an everyday basis. Instead, they appear confined to what so-called intellectuals and elites think and feel.

That’s not because journalists don’t understand what sells. The truth is they just want to dictate what to sell, and expect you to consume their choices.

Similar was the feeling experienced by the founder of Jan Ki Baat Pradeep Bhandari. But the only difference here was that he didn't sit idle.

The turning point in his life was listening to a television debate on Constitution Day in 2016, where what bothered him was the irrelevance of these newsroom debates to people on the ground.

Beginning from here, he started a show named Jan Ki Baat on Facebook where he got 25,000-30,000 views. The popularity of the show motivated him further and he founded Jan Ki Baat as a people's media platform.

His aim was to produce the maximum number of ground reports.

In his unique way of doing things, he got to establish a network of many reporters working on the ground. And now, he has the capability of knowing where the votes are swinging.

This capability came to be seen as a success in the recent Jharkhand elections, where he got his predictions right.

His journey with exit polls began with the Uttar Pradesh Assembly elections in 2017, where he travelled across the state and developed a model of getting the numbers through opinions.

After Uttar Pradesh, he made brave and correct predictions for Tripura, Karnataka and Rajasthan, where very few could get their numbers right.

Bhandari's survey model is not confined to just form-filling. Instead, it includes discussions with people, real people. The model, which he calls the ‘probability map of outcome’, is capable of judging scenarios from small elections like by-polls, to macro elections.

The specialty of this model is that it doesn't just tell numbers, but instead, predicts the seat-wise win and loss with the respective factors influencing it.

Bhandari claims to have got 15 election predictions right including many by-polls, which he considers as the toughest part.

However, his predictions didn't fit correctly for the states of Maharashtra and Haryana. For Maharashtra, he feels he made a mistake of working with a pretext.

Whereas, he doesn't consider Haryana to be a complete loss for him as he made some bold predictions such as the losses of Babita Phogat and BJP state chief Subhash Barala.

The major reason for his wrong predictions was a dip in voting percentage and is now trying to accommodate that too in his model.

One must not conclude from the above that Bhandari only aims at getting his predictions right.

His sole aim is to create a new definition of political analysis, globally. But as he moved from a settled job to political journalism, exit polls provided him a source of income. Arnab Goswami and Republic’s platform also helped him with this.

Bhandari believes that political analysis is not ‘gossiping’. You can't conclude things only by conversing with some politicians, he feels.

You need to have primary data, an authentic study of which only can lead you to a conclusion.

Bhandari also has the ability to notice minute details. Like from PM Modi's recent rally at Ramleela Maidan, he noticed that Modi refrained from taking Delhi CM Kejriwal's name.

Judging from his ‘at-ground’ knowledge, he said the more Kejriwal-centric this election becomes, the likeliness of BJP's victory decreases.

Not just quantity, but quality-based analysis by Bhandari suggests that the victory factor is different for different places at different times. He also calls out a general misconception that vote share is directly related to the number of seats won.

He explains this with the example of the 2019 Lok Sabha elections, which happened at the same time across different states but these states favoured BJP because of different reasons.

For example, Uttar Pradesh voted for BJP for last-mile benefits, Madhya Pradesh for Awas and Rajasthan-Bihar for the sake of nationalism.

He also pointed out how BJP lost in Madhya Pradesh Assembly elections, despite having a greater vote share.

Bhandari's next target is, however, repeating the correct predictions made for Jharkhand, in the upcoming Delhi elections too, but his long-term plans are to make Jan Ki Baat a credible platform for knowing public opinion and subsequently, political advisory.

His younger-than-35-years-of-age team members are all set for these tasks with full energy.