Kamal Haasan Is Emerging As The Kejriwal Of Tamil Nadu 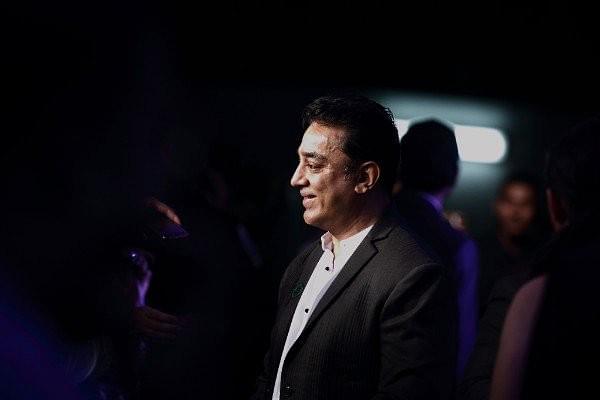 On 6 June, Tamil actor and founder of the newly launched Makkal Needhi Maiam (People’s Justice Party) Kamal Haasan met Karnataka Chief Minister H D Kumaraswamy. After the meeting, the actor-turned-politician said that he had discussed the issue of sharing of Cauvery river water. This came across as absurd because the Supreme Court has already given its ruling on the sharing of water between Tamil Nadu, Karnataka, Kerala, and Puducherry. If Haasan was really keen on solving the problems of Tamil Nadu, then he should have asked the Karnataka Chief Minister to nominate his representative to the Cauvery Water Management Board. As of now, the Janata Dal (Secular)-Congress coalition government in Karnataka is yet to appoint its nominee to the management board.

This reminds one of Delhi Chief Minister Arvind Kejriwal’s early days when he was up to some antics, including trying to meet Narendra Modi, then Gujarat chief minister, without an appointment.

Haasan’s studied silence over the move to stop the screening of his co-actor Rajinikanth’s film Kaala in Karnataka has also not reflected well on the actor. Speaking to the media after meeting Kumaraswamy, the actor refused to comment on the controversy, though he told them four days later that he hoped the film would overcome all the hurdles it faced. It is a far cry from the statement he made when he faced problems in releasing his movie, Vishwaroopam, in January 2013. Then he had said that he felt like leaving the country, though he withdrew his comments within hours.

Even during that controversy, the actor had had his share of flip-flops as the then Tamil Nadu chief minister J Jayalalithaa had taken a firm stand that the actor would have to convince those opposing the movie in view of the threat to law and order in the state. These are again reminders of Kejriwal.

Again, Haasan was among the early lot of politicians to visit Thoothukudi and support protests demanding the closure of the Sterlite copper plant there. While Rajinikanth, who is all set to launch his political party, blamed anti-socials for the violence that broke out in Thoothukudi on 22 May, Haasan said that if people saw things that way, then he, too, was an anti-social. But evidence coming from Thoothukudi and the state government’s action seem to confirm that anti-socials were involved in the violence. Can the actor explain why the six persons now detained under the National Security Act came to Thoothukudi from faraway places?

Haasan’s latest antics has been to announce his support to Kejriwal’s dharna in the Delhi Lieutenant Governor’s residence. It is surprising how he supports an “anarchist” act when the Delhi Chief Minister isn’t attending to pressing problems like drinking water shortage and high pollution levels. It is one thing to oppose the Centre but something else altogether to blindly oppose anything that it does. Kejriwal is one such person and, no doubt, Haasan seems to be on that path.

These are not exceptions. They remind one of Kejriwal’s remarks that he is an “anarchist”.

For anyone who has been watching Haasan for any length of time, one thing about him that stands out is his narcissism. He rose in popularity among middle-class film-goers because of his inventiveness in cinema – a euphemism for careful adaptation of successful scenes from Hollywood films into his own movies. It was quite ironical once when he, through his orchestrated fan groups, called himself a “world hero” with a mediocre song right before a far more capable, far more deserving, and far more humble Jackie Chan.

Narcissism, like lust, knows no shame, and Haasan is a personification of the former.

And now he seems to do things that point to his emerging as the Kejriwal of Tamil Nadu.

But there are some drawbacks. First, by birth, he belongs to the Iyengar caste. A shallow understanding of his roots has led him to take potshots at Saivism in his film Dasavatharam (2008). But beyond that, for his serious venture into politics, he knows he has to free himself from the ‘Brahmin’ label in a political arena that is dominated by Dravidianism.

The Tamil actor has been working overtime to remove the ‘stigma’ of his Brahmin birth in Dravidian land. Conveniently, he has chosen the easy way to accomplish that by taking potshots at Hinduism, some of which have been outright juvenile, and others, obscene. He has probably thought of his opposition to Hindu outfits as his passport to the realm of Dravidian acceptance. Yet, the Brahmin identity always hangs over his head like the Sword of Damocles. And often, he quotes national poet Subramania Bharati to uphold his views.

Haasan has been batting for a Dravidian identity as well – in fact, one that he hopes will serve as a bulwark against the allegedly discriminatory attitude of the central government. The actor says this identity would help stop what he has called the “dictatorial” attitudes of the government against the South Indian states.

The actor has also said that he would work to end caste and religious differences in society. But his talk of Hindu extremism suggests exactly the opposite. And his statement that he will follow the Dravidian way is a no-goer. Fifty years of Dravidian parties in power – can he tell us if an end to casteism is in sight?

Haasan is also off the mark in terms of the leaders he says he takes inspiration from. One is Kejriwal, as alluded to earlier, who was on stage when Haasan’s party, Makkal Needhi Maiam, was launched. Does Haasan approve of Kejriwal’s hit-and-run tactics? Has he taken cognisance of the latest developments in Delhi? His adulation for Kejriwal has mainly drawn derisive comments from many.

The fact is, Haasan has to strive a lot harder if he has to make himself acceptable to the market segment he is targeting – the left-wing Luddite, anti-Modi crowd. And he needs to get some clarity about who he is and what he stands for on the political stage.

As he enters politics, Haasan can surely stir the waters, but it seems unlikely that that will result in a wave, big or small.