Kanhaiya Kumar Is Wrong In Making Politics Out Of Union Activities 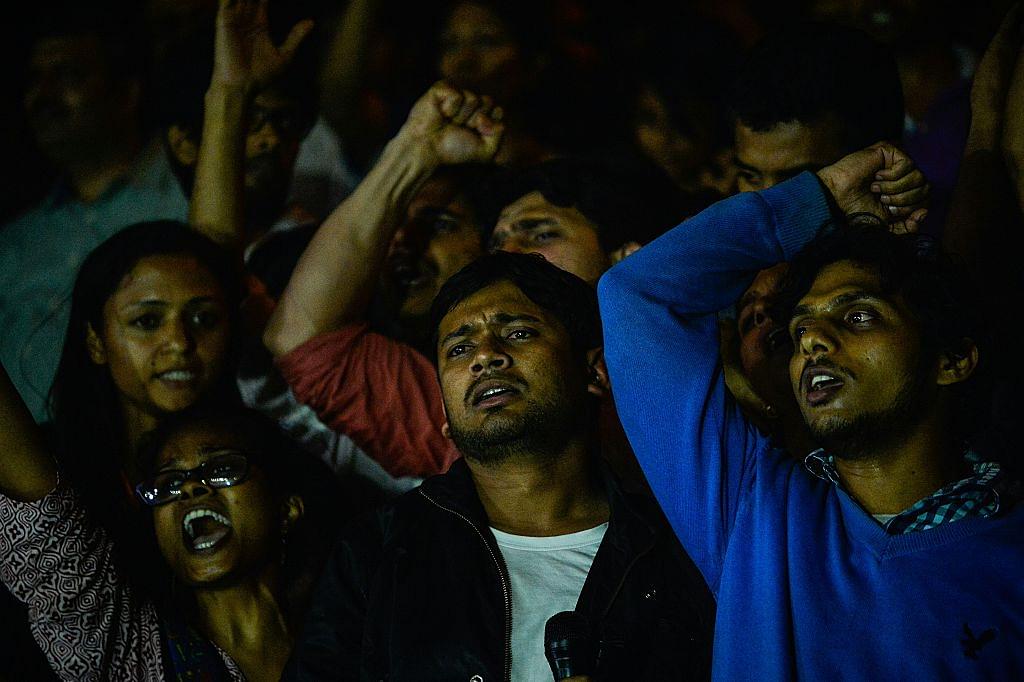 Students should confine their union activities of their institution and resist the temptation of making politics out of it.

JNU’s student union leader Kanhaiya Kumar is treading on a path that will benefit him and the Leftists but is destroying the distance to be maintained by the student leaders. It is okay for student organisations like ABVP or NSUI or SFI to indulge in cross-institution participation but Kanhaiya is a JNU union leader and his activities should be restricted to the campus of JNU.

In this respect the decision of University of Hyderabad or (popularly known as Hyderabad central university) to bar Kanhaiya’s entry into the campus is valid and justified.

Tension mounted in Hyderabad university following the resumption of duty by controversial Vice Chancellor Appa Rao Podile with authorities today barring outsiders from entering the campus and classes being suspended for four days.

“In view of the situation, classes are suspended from March 23 to 26. We have taken a decision not to allow any outsider, including mediapersons and political parties, on the campus,” Registrar M Sudhakar told when asked about the proposed visit of Kanhaiya Kumar to the university.

Police said additional forces have been deployed on the campus as a precautionary measure and pickets set up around Podile’s official residence.

The move comes after the VC sought protection following yesterday’s incidents when his residence was vandalised allegedly by a group of students who were opposing his return as the Vice Chancellor after a two-month leave.

“The situation is peaceful. Forces have been deployed to maintain law and order,” Joint Commissioner of Cyberabad Police TV Sashidhar Reddy said.

Police resorted to lathi-charge on the students who were protesting outside the VC’s official residence.

Kanhaiya Kumar, who arrived in Hyderabad earlier today has said he will visit the Hyderabad university campus at about 6 this evening to meet the students on protest and plans to make a speech which university officials say has not been sanctioned.

Kanhaiya Kumar is also expected to meet Rohith Vemula’s mother in Hyderabad. After being released from jail earlier this month, Kumar had said Rohith Vemula is his “icon”.

It looks like Kanhaiya Kumar is charting out a bigger role from himself, beyond academics.

Meanwhile, 25 students were arrested today for damaging public property, illegally confining staff and attacking the police during violent protests on Tuesday. They include key leaders of the protests.

The university has sought police protection and said in a statement that it will from today close down all gates except the main entrance to the university and will not allow “media personnel, political groups, external students, organisations and politicians into the campus.”

The main university gate, usually open, is closed today and is being guarded by security personnel who are closely scrutinising all those who want to enter. All classes at the university have been suspended till next Monday .