Karl Popper’s Paradox: Why India’s Faux ‘Liberalism’ Is Past Its Sell-By Date 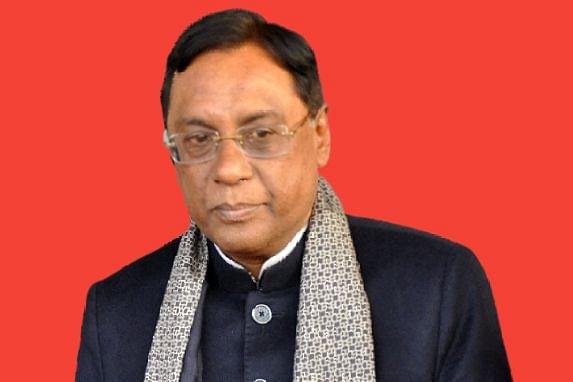 The real problem with the word 'liberal' is that too many people want the label without deserving it. The word seems 'cool', since the opposite of the word seems to imply feudal, hidebound and retrograde values that have become 'uncool' in today’s day and age.

Since most 'liberals' in India are self-anointed, it follows that they have given themselves certification rights to the label. They decide who is 'liberal’, who is not. Little wonder, the word no longer means what it seems to mean.

Pavan Varma, a former Indian Foreign Services officer and, until recently, a member of Nitish Kumar’s Janata Dal (United), wrote a piece in The Times of India regretting the fact that India’s 'liberals' have not stood for liberal values.

Varma finds fault with India’s drawing-room 'liberals' for not opposing Rajiv Gandhi for over-turning the Shah Bano judgement, for not vociferously opposing the ethnic cleansing of the Pandits from Kashmir, for not criticising Waris Pathan’s incendiary remarks when they could easily call out Kapil Mishra more ambiguous statements which allegedly provoked the Delhi riots and instantly made it to The New York Times.

'Liberals' are also not rooted in the culture of the soil in a country that is steeped in religious practices and culture. According to Varma, Nehruvian agnosticism cannot be equated with secularism.

I have great respect for Jawaharlal Nehru, but it is unfortunate how much his personal agnosticism – influenced by western notions of modernity, in which overt religious practice was somehow considered ‘anti-secular’ – still holds sway over the liberal landscape.

In contrast, Varma extols “Mahatma Gandhi, who uninhibitedly immersed himself in all religions, made no secret of his own Hindu piety, and then emerged with the inference that we must respect all faiths.”

He forgets to add that Gandhi’s one-sided generosity to Muslims during the Khilafat Movement and the post-Partition situation did not succeed in building any kind of communal amity in India or its neighbourhood.

'Liberals' are scoring self-goals, rues Varma. The truth: it is Varma who has scored a self-goal. He has failed to ask himself a simple question: if 'liberals' have not done all the things he expects them to do, how can they even be called 'liberal’?

Also, if Varma can criticise Nehruvian 'secularism' and still be considered a secular intellectual, how is the Right-wing’s criticism of Nehru as a deracinated Hindu unjustified? Is criticism invalid if it comes from a pejoratively-labelled class?

In fact, isn’t the real problem with the Left-secular cabal, which sees anything Hindu as retrograde, when it does not have the guts to call out blatant Islamism – as we have seen often enough in the recent anti-Citizenship Amendment Act (CAA) protests.

In his whole article, Varma makes no mention of these points, but then goes on to talk about Right-wing extremism as though it is entirely a Hindu phenomenon. He thinks slogans of Jai Shri Ram are a misuse, but makes no mention of Allah-O-Akbar as a slogan that is ever more prone to misuse.

Instead, he writes: “You cannot condemn the deplorable distortion of the use of the slogan ‘Jai Shri Ram’ unless you have some knowledge of Valmiki’s Ramayan or Tulsidas’s Ramcharitmanas, which bring out the maryada purushottam character of Lord Ram as the very epitome of ethical and caring conduct.”

This is a joke, for it is precisely Shri Ram’s alleged lack of ethical character that was tom-tommed by Hinduphobic writers like Audrey Truschke, who got loud cheers from the 'liberal' lobby which defended her right to scholarship and free speech. Truschke tweeted that Sita had called Ram a “misogynist pig and uncouth” during her 'agnipariksha’, upsetting ordinarily religious Hindus. Quite clearly, you can’t be a 'liberal' in India without being a Hinduphobe, or Hindu hater.

Varma’s article on liberal values thus falls flat, and one suspects that he too is going down the same path as Shashi Tharoor who has tried to drive a wedge between Hindus and Hindutva, as though they mean two different things. Hindutva is merely 'Hinduness', a Hindu who wants to assert his identity, and who may not take Hinduphobia lying down.

Varma, like Tharoor, is trying to pretend that 'liberals' can become truly liberal by reading Valmiki’s Ramayan or Tulsidas’ Ramcharitmanas.

In short, the good Hindu is one who is unassertive, and who will turn the other cheek – which is more a Christian value that even Christians don’t follow. Just as Tharoor tries to pit Hindu against Hindutva, Varma is trying to pit Jai Shri Ram against Valmiki’s Ramayan.

The real problem is two-fold:

If you have been singed by Western criticisms of Hinduism, you are likely to be a self-loathing Hindu – not a liberal. The first thing to do is thus to reclaim your culture, decolonise your mind, and build some empathy for Hindus who are trying to fight Hindu-hatred. At worst they may be wrong on tactics or strategy, not on intent.

Secondly, it is not good to be liberal no matter what the circumstances. You come up against philosopher Karl Popper’s paradox: “In order to remain a tolerant society, the society must be intolerant of intolerance.”

Liberalism is not an end in itself; it must not be liberal with the intolerant. India’s 'liberals', on the other hand, are illiberal with true liberals, and extremely tolerant of Hindu hatred.

India’s self-proclaimed 'liberals' wrongly conflate liberal Hinduism as intolerant and illiberal Abrahamic religions as tolerant, when the very basis of those desert cults is illiberal. Contrast the Hindu faith in ‘Ekam sat, viprah bahuda vadanti’, with the slogan “La ilaha il-Allah”, where anyone who disagrees is a kafir, worthy of contempt if not persecution.

Varma should recalibrate his 'liberal' thesis.

It is better to be a conservative liberal, and not a liberal liberal sometimes. And this is what some of the new Hindu ideologues are advocating. And they are not illiberal by any stretch of imagination. They are trying to reimagine a Hinduism that is less tolerant towards religious ideas that are essentially illiberal, and that is not a crime.