Kashmiriyat Is Dead, And Now, So Is The BJP-PDP Alliance 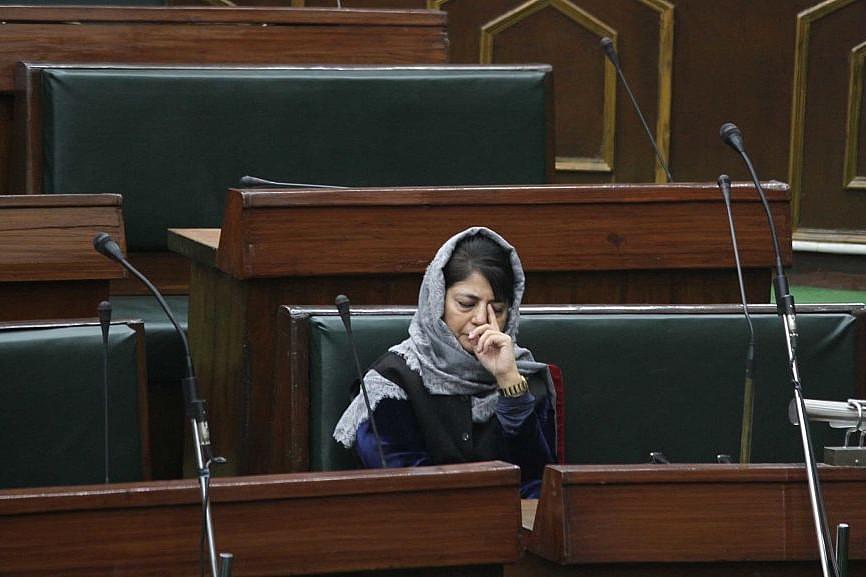 It was on the cards. Those who could not see it had either willfully shut their eyes or were biased to the point of dismissing facts. The Bharatiya Janta Party (BJP) and People’s Democratic Party (PDP) alliance in Jammu and Kashmir is over. At the time of writing, the BJP ministers in Mehbooba Mufti’s cabinet were expected to resign and chief minister Mufti herself was expected to put in her papers soon.

Events during the recent months had made it clear that the parting of ways would happen sooner than later. While the government of India would have the security and safety considerations on its mind, the BJP and PDP both had strong political reasons to end the alliance.

Let us begin with the fact that the extremist 'azaadi' brigade has now clearly begun to consume its own covert or overt backers – that is those who may be less than fundamentalist in their approaches and possibly willing to do some deal with the Indian government.

The assassination of journalist Shujaat Bukhari must be seen in conjunction with other killings of Kashmiri Muslims in the recent past: one is the discovery of the bullet-ridden body of an Indian Army jawan, Aurangzeb, on 14 June; then there was the murder of another army man on leave, Irfan Ahmad Dar, in Shopian last November; and there was the lynching to death of police officer Mohammed Ayub Pandith outside a Srinagar mosque in June 2017.

These are not isolated events. The message in the assassination of Bukhari and the murders of armymen and police officers is crystal clear: either you are with us or against us. (The 'us' is a reference to Pakistan-backed Islamic jihadists seeking separation from India and the imposition of Nizam-e-Mustafa on hapless Kashmiris). The message is intended for three kinds of people: the PDP itself (soft separatism won’t do any more); the broader coalition of relatively 'moderate' Kashmiri Muslim factions, who may be tempted to seek autonomy and accommodation within the Indian Constitution; and to average Kashmiri Muslims, who seek to join the army or the police force for jobs and careers.

This means the battle for Kashmiri separatism is entering its Liberation Tigers of Tamil Eelam (LTTE) phase, where the Eelam separatists first targeted moderates in the Sri Lankan Tamil minority so that they controlled the separative narrative and the guns. In Kashmir, one can expect assassinations and murders to target local Muslims as much as Indian forces. The idea is to force the average Kashmiri to support the jihadi groups and live in fear forever if they do otherwise.

We have been through these phases before. In 2002, moderate Hurriyat leader Abdul Gani Lone was assassinated; earlier, more syncretic voices like that of the previous Mirwaiz, Maulvi Muhammad Farooq Shah, father of the current Mirwaiz Umar Farooq, were silenced in 1990, just around the time the Pandit exodus was in full flow.

The last time the idea was to drive out the Pandits from Kashmir Valley in order to get the average Kashmiri Muslim to back the jihadis. It didn’t happen with that generation, but with their children. The stone-pelters of today are children and youth of the generation that cleansed the valley of Pandits; they see no reason to compromise on their Islamic identity, since they have probably never seen a Pandit in the valley. Now that phase one of ethnic cleansing has been successfully accomplished, this time the idea is to cleanse every Kashmiri Muslim’s mind of syncretic thoughts by assassinating those people and leaders who show some willingness to compromise with the Indian state. The rest of the population will be intimidated into silent support.

Once again, it is more than clear that Kashmiriyat is dead. The current phase of jihadi separatism will destroy whatever is left of Kashmiri identity and make the valley fully Islamist, ripe for Nizam-e-Mustafa and Sharia law. This drive is obviously masterminded by the 'world’s first ISIS', the Islamic State of Pakistan, and the idea will be to make Kashmiris militantly Islamist, where no quarter will be given to pluralism and unity with the rest of India.

In this stage, one can expect 'moderate' leaders like Omar Abdullah and others to be fearful for their lives and more or less speak soft separatism, and this will be the case with Mehbooba Mufti and the PDP, which will start pouting the language of more overt separatism purely from the point of view of self-preservation.

It is clear what the Indian government must do. The time to dump the coalition in Jammu and Kashmir was yesterday; nonetheless, today it has. PDP leaders may now be given some kind of official security, and hence the halo of ‘arrested martyrs’.

Ramzan brought no change in the hearts of the jihadis. Why are we wasting our energies in trying to pretend the jihadis are reasonable men who might love an olive branch from the Indian state? The olive tree has been burnt root and branch in the valley.

This piece borrows from an earlier Swarajya article titled, Editor Killed: How Many Signs Does BJP Need That J&K Coalition Is Doomed?