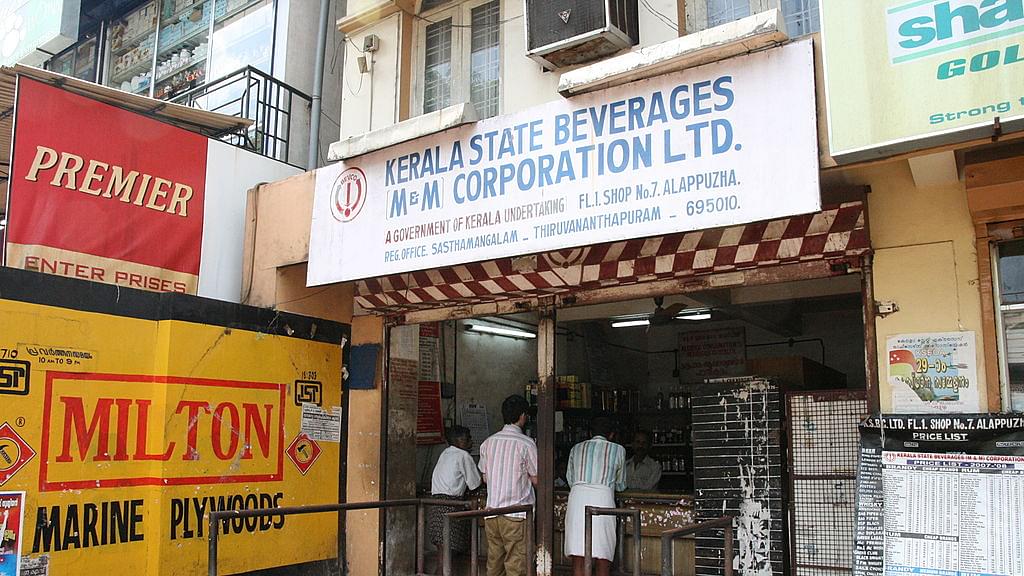 Kerala has decided to adopt a liberal liquor policy.

The Kerala state cabinet, in a significant turn, has decided to adopt a liberal liquor policy, reversing the previous government’s decisions and abandoning the road map to prohibition. The cabinet decided to re-issue bar licences to three-star hotels and remove the requirement of Non-Objection Certificates (NOCs) from the local government institutions.

This was among the many barriers that the previous government had introduced to turn Kerala into a dry state.

The state will also be reversing the plan to reduce the number of outlets of the Kerala Beverages Corporation (BEVCO). The previous United Democratic Front (UDF) government, led by Congress, had decided to put the state on the path to prohibition by 2024.

This was after long-time anti-alcohol crusader and then Kerala Pradesh Congress Committee (KPCC) president, V M Sudheeran, persuaded then chief minister, Oommen Chandy. Sudheeran had expressed his opposition to the renewal of 418 bar licences which were due to expire on 31 March 2014.

This stand of his was supported by the Indian Union Muslim League (IUML) and Kerala Congress-Mani (KC-M), the other major constituents in the UDF Coalition. The IUML and KC-M draw their support predominantly from Muslims and Christians respectively.

The government had initially justified the same, claiming that bars were found to have been violating various regulations. This was later reversed, and the government took the position that only five-star hotel bar licences would be renewed, which would mean the closure of a further 338 bars on 31 March 2015.

The state government also put in place a road map to shut down all 330 outlets of BEVCO and 46 outlets of the Civil Supplies Corporation. This move was cheered on by the churches in the state, who had long been crusaders for prohibition. Conservative Muslim organisations in Kerala had also expressed support for the decision.

This road map was later reversed when the state government decided to allow three-star restaurants to open beer and wine parlours. The Left Democratic Front (LDF), led by the Communist Party of India (Marxist), did not express direct opposition to the plan, taking an ambiguous position.

The state government meanwhile also decided to increase the allocation of wine production for churches.

The allegations also placed other ministers under the scanner and led to the eventual resignation of Mani.

During the assembly elections of 2016, the LDF manifesto did not commit to the full roll-back of the prohibition plan. However, with the recent set of decisions, the Kerala government has signalled that liquor will again be free-flowing in the state.

Now, the state government will be amending the Municipal Act as well as the Panchayati Raj Act by an ordinance to allow bars as well as liquor shops to open shop without the permission of local government institutions. BEVCO, Civil Supplies Corporation and hoteliers had complained that they were unable to receive NOCs.

The liquor business in Kerala was hit hard by the Supreme Court order banning bars and liquor shops at a distance of 500m in the country. Many prominent five-star bars were located along the national highways in the state.

Additionally, the Kerala High Court on 31 May allowed the re-opening of bars and liquor shops along the Kannur-Kuttipurram route and Aroor-Kazhakuttom route, which had been denotified as a national highway in 2014, but the state government had forced the closure of the shops.

With this direction of the Kerala High Court, more than 200 liquor stores and bars are poised for an opening. This includes 53 beer and wine parlours, 32 bars in Mahe, 22 retail liquor shops and 150 toddy shops.

The adoption of a more liberal liquor policy makes sense for a state which is under severe financial stress. BEVCO was the best performer among the Kerala’s public sector units in 2014-15, posting a profit of Rs 150 crore despite the then government's plan to reduce beverage outlets. With the new policy coming into effect, the state government can expect a boost from both BEVCO profits as well as tax collection.

The total loss to the state exchequer would be Rs 2,200 crore, Kerala Finance Minister Thomas Issac had said after the Supreme Court order came into effect on 1 April.

The Kerala Beer and Wine Parlours Association president, Raj Kumar Unni, had said that 5,000 jobs would be affected directly as a result of the order.

With the recent direction of the Kerala High Court and a decision by the Kerala cabinet, the state can hope to recover some of the losses that it has suffered in the interim.