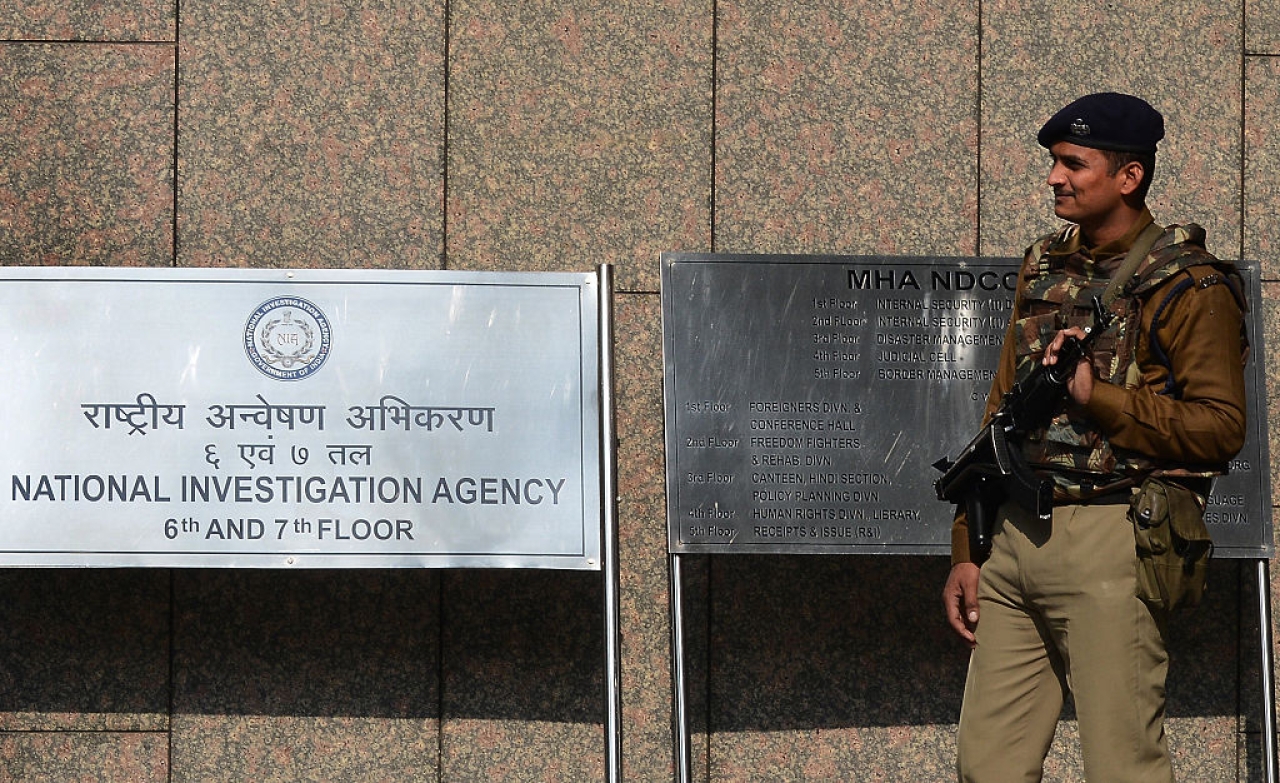 A security guard stands outside the office of the National Investigation Agency (NIA) in New Delhi. (MONEY SHARMA/AFP/Getty Images)

A secret report prepared by the National Investigation Agency (NIA) and the Kerala Police, which was leaked to popular news channel Times Now, highlights a plot by the Islamist organisations in the state to hunt and forcibly convert Hindu girls into Islam.

According to the channel’s report, Islamist organisations in Kerala, using groups called Dawa Squads, have been exploiting and forcibly converting Hindu girls belonging to the weaker sections of the society. These squads, the report says, target young girls who are graduates and are aged between 18 to 28. According to Times Now, “105 out of 130 girls were converted not for faith but fake love”.

NIA’s probe has revealed that the 'mentor’, who coerced Hindu girls into embracing Islam, is a woman associated with the radical group Popular Front of India (PFI). The PFI is a Islamic fundamentalist organisation in India formed as a successor to National Development Front (NDF) in 2006. In April 2013, raids by Kerala Police on PFI centres across the state found lethal weapons, foreign currency, human shooting targets, bombs, bomb-making materials and other lethal weaponry.

According to the Times of India, the NIA report brings out a common link in such cases. The report cited common accused in Athira Nambiar case and Akhila Asokan case. Associates of Akhila's 'mentor’ Sainaba, who were linked to Islamic outfits PFI and Social Democratic Party of India, figure in both cases.

The NIA report, which was based on probe by Kerala Police in Akhila Asokan case, had led the Supreme Court to ask the agency to look into the alleged forced conversion and marriage of Hindu girls in Kerala.

Also Read:
To Fight Love Jihad, Women Must Be Informed What Happens To Their Rights In A Sharia Marriage