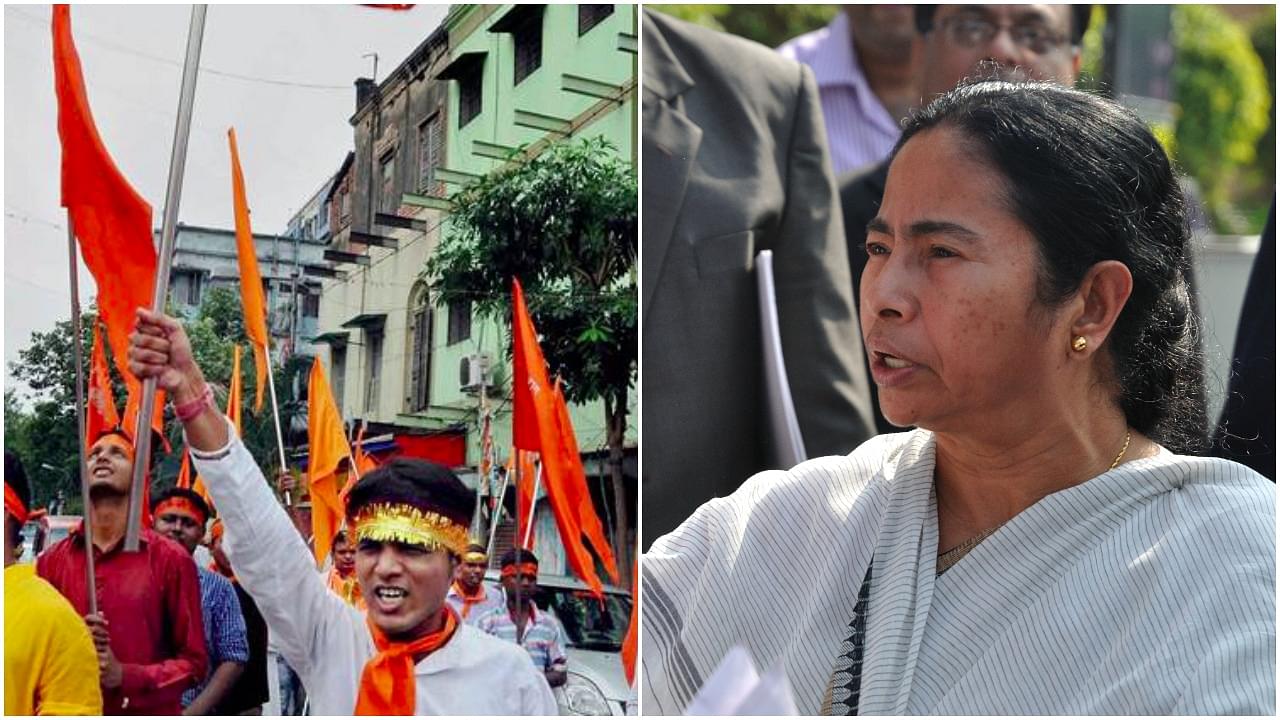 The communal clashes that rocked various parts of Bengal on Friday (7 April) mark the advent of a new chapter in the state’s tumultuous politics.

The clashes were the fallout of Ram Navami celebrations all over the state. Lakhs of devotees waving saffron flags had participated in processions all over Bengal on Thursday and Friday.

This was interpreted as a Hindu consolidation by a shaken Mamata Banerjee, who spoke out angrily against the Bharatiya Janata Party (BJP), the Sangh Parivar and various other organisations.

The state administration followed up on Banerjee’s threats by lodging non-bailable cases against many prominent leaders like state BJP president Dilip Ghosh for allegedly carrying swords in Ram Navami processions.

As if taking a cue from Banerjee, and secure in the knowledge that the state administration won’t act against them, hardline Islamists delivered fiery sermons during religious prayers on Friday and provoked Muslims to attack Hindus.

Similar attacks in the past had gone unpunished, one example being the Dhulagarh riots when local minority Hindus, their temples and shops were attacked. This was preceded by the shocking riots at Kaliachak in Malda district when Islamists burnt down a police station while protesting some derogatory remarks made against Prophet Mohammed by someone in Uttar Pradesh.

It now appears that some Hindu activists have chosen to strike back.

For instance, when crude bombs were thrown on a Ram Navami procession on Friday afternoon from a place of worship at Khardah on the outskirts of Kolkata even as police merely looked on, Hindu activists retaliated. Pitched battles between members of the two communities followed, leaving many injured.

Similarly, in many other parts of the state, attacks on temples or processions were not only repulsed, but also met with counter-attacks. Even small incidents like local Islamist radicals tearing down saffron flags hoisted as part of Ram Navami celebrations, things that would have been ignored in the past, evoked much stronger reactions.

“Never in the past have Hindus reacted so forcefully to attacks on them. Till now, Hindus in Bengal have displayed a lot of tolerance and fortitude in the face of attacks on them. Till Dhulagarh happened, Hindus had feared to even lodge FIRs naming those who attacked them and their properties. But this time the Hindus took matters into their own hands,” said a senior police officer, who did not want to be named for obvious reasons.

Leaders of the Hindu Samhati, an apolitical body that aims at unite Hindus in Bengal, pointed out that Hindus in the state have had enough of the police being mere onlookers during violence directed against them by Islamists.

“Even during the Left rule in Bengal, the police would not act against members of one religious community who would indulge in violence. This was because of the politics of minority appeasement being pursued since those days. Under the present Trinamool Congress government, appeasement of minorities and discrimination against Hindus has got more pronounced and so Hindus are fed up. Hindus in Bengal have realised that they have to protect themselves if they have to survive. Hence the counter-reaction by Hindus to violence directed against them this time,” said a Hindu Samhati leader.

What also added to the anger was Banerjee's tough talk against Ram Navami celebrations and the filing of non-bailable cases against BJP leaders and workers. Social media has been awash with posts condemning such strong-arm tactics against Hindus and comparing Banerjee's diatribe against Hindu leaders with her complete silence on violence and riots perpetrated by Islamists.

Visuals of police looking the other way during the Dhulagarh and Kaliachak riots and Banerjee angrily threatening BJP and Hindu leaders in public have gone viral. Visuals showing Hindus carrying swords and trishuls alongside ones showing weapons being flaunted during Muharram processions and asking Banerjee if she would ban Muharram processions have also gone viral and got uncountable shares.

"The blatant partiality of Mamata Banerjee has angered Hindus. The FIRs against BJP leaders and the total inaction against fundamentalist religious leaders of one community spreading hatred has exposed the Trinamool's blatant partisanship. This has fuelled Hindu anger and is serving the cause of Hindu consolidation," said Satish Upadhyay, a sociologist and commentator.

Banerjee, in order to strengthen her hold on Islamists, may start appeasing them even more blatantly now. And that will again embolden Islamists to attack local minority Hindus who, it appears from Friday’s violence, are now willing to strike back.

This, thus, marks the emergence of a new chapter in Bengal's politics.