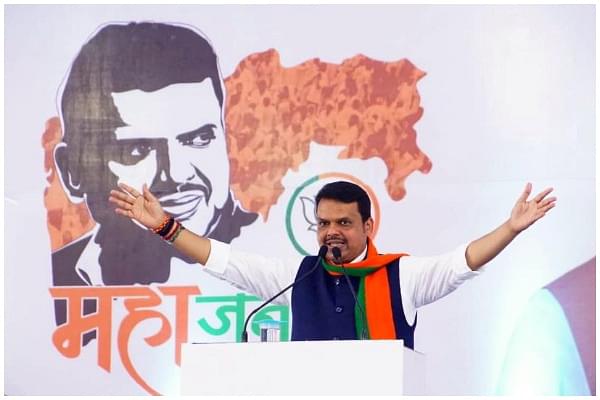 At the end of a dramatic day of results, the Devendra Fadnavis-led Bharatiya Janata Party-Shiv Sena (BJP-SS) combine is set to retain power in Maharashtra. While the Mahayuti fell well short of its goal of crossing 200 in a 288-member assembly, it has comfortably stayed above the halfway mark of 144.

While the Congress-Nationalist Congress Party combine can take heart from the improvement over their 2014 results, as an alliance they are still nowhere close to challenging the Mahayuti for power. Some first impressions and analysis of the result follows.

Contrary to what perpetually hyper-ventilating right wing social media may say, this is a good result for Maharashtra Chief Minister Fadnavis, one that will count in the win column for the young leader from Nagpur.

Fadnavis’ first term witnessed unprecedented social unrest as well as severe drought situation in the first four years followed by resultant agrarian distress. He also had to contend with a wily and often hostile alliance partner as well as last-minute rebellions over ticket distribution.

In spite of these challenges, BJP has garnered better vote share, and is set to win two-third of the seats it contested to emerge as the single largest party. Fadnavis showed the courage to make this election a referendum on his performance, and the voters have reposed faith in him.

With key BJP leaders not contesting or losing elections, Fadnavis may have to contend with lower internal resistance compared to his first term. The bigger challenge, however, comes from his ally.

In a press conference, Shiv Sena supremo Uddhav Thackeray has re-opened the topic of sharing chief ministership in no uncertain terms. With the net strength of BJP getting reduced by over 20 seats, it would be interesting to see how BJP responds to this.

Shiv Sena, on the other hand, acted like they were in opposition during their first term, rode the Narendra Modi wave in the Lok Sabha elections, and didn’t put up a particularly improved show in the assembly elections.

In such situation, if Shiv Sena still fancies their chances of the post of chief minister today, the credit should be shared between Uddhav Thackeray’s astute manoeuvring and the complex power equations in the state.

In the run-up to the elections, the party chose to field Aaditya, Uddhav’s son as their candidate from Worli, a first for the family. This move perhaps hinted the senior Thackeray coming to terms with the changing times where elected representatives could no longer be run by a non-elected leader.

Of course, the discussion of this election can’t be completed without talking about the NCP boss, Sharad Pawar. Social media wrote him and his party off in the run-up to this election.

Pawar’s comments about the Pulwama attacks, as well as Article 370, didn’t go down well with the educated middle class voters. The party also suffered a number of defections in the year before the elections, and yet there was something about an 80-year-old man campaigning in torrential downpour that galvanised the workers.

He managed to inflict a defeat on Udayanraje Bhosale in the Satara Lok Sabha bypolls, a prestige election in view of Raje’s defection earlier this year, and his party recovered some of the lost ground in western Maharashtra and Vidarbha.

NCP looks like it is carrying their alliance for the moment. This showing may also help Pawar from stemming the defections.

While their alliance partner showed stomach for a fight and put up a good show, Indian National Congress continued their lacklustre ways, failing to capitalise on the anti-incumbency. Lack of strong leadership at state level, and absence of ground level cadre hurt the party badly, and even the numbers they managed might not have been possible without a late surge from the Pawar-led NCP.

Looking at these results, one wonders about the party’s future in the state if NCP decides to move out of the alliance.

On the fringes of the state politics, parties formed on the lines of identity like All India Majlis-e-Ittehadul Muslimeen (AIMIM), Vanchit Bahujan Aaghadi (VBA) and Maharashtra Navnirman Sena (MNS) might only have contributed to some vote cutting, whether deliberate or inadvertent.

For all the attention these parties get from mainstream media, it is obvious that their appeal on the ground is extremely limited. For the likes of Raj Thackeray, Asaduddin Owaisi or Prakash Ambedkar to gain any real power in the state politics, they will have to depend upon one of the bigger players to see some value in a strategic alliance with them.

An interesting observation to close with: this is the third state assembly election where Congress with its alliance partners ran BJP close; Gujarat 2017 and Karnataka 2018 being the other two. In all three cases, BJP has managed to ultimately form governments.

With the post-election management from the likes of Amit Shah, today Congress not only needs to win more seats than BJP but to put it away decisively, like they did in Madhya Pradesh and Rajasthan in 2018, if it hopes to win states.

Lacking strong anti-incumbency on ground, or emergence of a new, charismatic leader, the party would continue to get pushed behind BJP and the regional players in states like Maharashtra.