Maoists In Northeast Could Be India's Biggest Internal Security Challenge 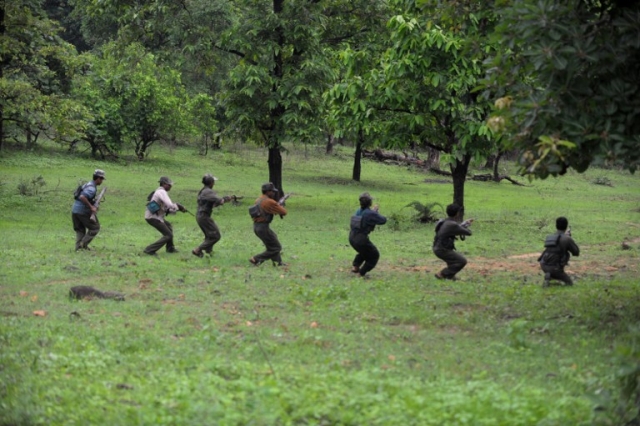 It is important to understand how and why the Maoists want to expand their presence in the region.

The proscribed Communist Party of India (Maoist), or CPI (Maoist), founded on September 21, 2004, is the most lethal/violent among the Left Wing Extremist (LWE) groups currently active in the country.

They have already established their base areas in central India. Now, reportedly, they have eastwards. Some scholars call it the Maoist’s Look East Policy.

Maoists have been constantly trying to gain a foothold in Northeast for a long time. Although the Ministry of Home Affairs (MHA) reportedly acknowledged that the Maoist presence was noticed in Assam only in 2006 for the first time, the history of their presence dates back to 1996. It is reported that leaders of the CPI (Maoist) attended the Raising Day celebrations of the United Liberation Front of Assam (ULFA) in 1996 in Bhutan.

Since then, the Maoists have made several attempts to forge, at least, tactical alliances with major armed insurgent group of Northeast. These include People’s Liberation Army (PLA) and People’s Revolutionary Party of Kangleipak (PREPAK), All Adivasi National Liberation Army (AANLA) and ULFA of Assam, National Socialist Council of Nagaland—Issac-Muivah [NSCN (IM)] of Nagaland, etc.

In 2004 itself, they had reportedly established a Lower Assam Leading Committee and a similar committee in Tripura. In the process, they have succeeded to establish close links with the PLA of Manipur. According to the National Investigation Agency, in June 2006, the Maoist cadres and PLA cadres held several meetings which resulted in the establishment of a base of PLA in Kolkata. This base would coordinate the activities of these outfits in procuring arms and ammunitions, and communication devices.

In fact, the CPI (Maoist) and the PLA came up with a press release on October 22, 2008, proclaiming their joint declaration over the unanimity between them regarding the common enemy i.e. the Indian State and waging a unified war against it.

It is reported that they have signed a Memorandum of Understanding (MoU) in October, 2008, following a meeting which took place in a ‘foreign country’ (probably in Myanmar) in which the CPI (Maoist) has recognised Manipur’s right to independence. Accordingly, the PLA promised to supply arms and give training in signals and guerrilla warfare to Maoist cadres. In return, the Maoists promised to supply ammonium nitrate to the PLA. It is reported that the PLA cadres also gave training to Maoist rebels in the Saranda forests of Jharkhand.

Many argue that because of the ideological mismatch between the CPI (Maoist)’s idea of communist revolution and the north-eastern insurgent groups’ ideology of separate nationhood i.e. their demand for secession from the Indian state, they cannot come together. However, this does not seem to be true.

So far as the question of ideology is concerned, Maoists never follow any ‘thumb rule’. It is the ‘concrete conditions’ which shape/determine their tactics. And in case of the Northeast, the concrete condition is the alienation among the people and the demand for independence from the Indian State.

In another document, entitled Party Programme(2004), Maoists treat India as a “prison-house of nationalities.” The CPI (Maoist) passed a resolution—Resolution on Nationality Struggles—during its Ninth Congress (January-February, 2007), which “unequivocally supports the right of self-determination of all the oppressed nationalities, including their right to secede from the autocratic Indian state.”

Maoists do not select an area randomly. Instead, they first select a strategic area, which should be “sufficiently large so as to have enough room for manoeuvre in face of severe enemy offensive.” Thereafter, they conduct a socio-politico-economic-geographical study of the selected area. This is called, in Maoist parlance, “social investigation” to decide with whom to unite and whom to target.

And then, they identify major political issues to mobilize the masses. Simultaneously, they undertake a concrete study of the ‘terrain’ to check its feasibility for guerrilla warfare. Eventually, they form front/cover/mass organisations to spearhead their so-called struggle. So, at the initial stage, they employ the instruments of investigation, propaganda, organisation and struggle to establish bases in the selected areas.

In terms of geographical area, it is ‘sufficiently’ large. The combined area of the Northeast is about 255083 sq. km. i.e. 7.7 percent of the total area of the country. The terrain of the region is mostly hilly which is altogether favourable to guerrilla warfare. For Maoists, strategic areas are those which are predominantly “hilly regions with dense forest cover.”

In terms of percentage of forest cover with respect to total geographical area, it is 90.38 in Mizoram, 80.39 in Arunachal Pradesh, 78.68 in Nagaland, 76.10 in Manipur, 77.08 in Meghalaya, 75.01 in Tripura and 35.28 in Assam. Not surprisingly, the forest cover of the Northeast accounts for almost one fourth of the country’s total forest cover.

So far as the socio-economic indicators of the region are concerned, they are also in favour of Maoists’ grand design. The level of poverty, unemployment and poor health further aggravates the ‘contradiction’ and ‘alienation’ among the people of the region. For example, if one goes go by the Human Development Index (HDI) of the region, it is 0.364 for Assam which is the lowest in the region, 0.427 for Arunachal Pradesh, 0.447 for Tripura, 0.455 for Meghalaya, 0.521 for Manipur, 0.570 for Nagaland and 0.584 for Mizoram. Almost 27 percent of the total population of the region is below the poverty line, i.e. 1.5 crore people.

The Liberal Democratic Council of Misingland (LDCM), a Mising armed group, has, time and again, raised the demand for the inclusion of Mising Tribes, which is the second largest tribe group of Assam, in the Sixth Schedule. There is a possibility that Maoists could forge a tacit relation with the LDCM. The Mising Tribes inhabit the districts of Lakhimpur, Dibrugarh, Sibsagar, Jorhat and Sonitpur, the Rabha Tribes in the districts of Goalpara, Kamrup and Darrang, and the Tiwa in the district of Nagaon in Assam.

If the Maoists forge any sort of alliance with these tribes on the party’s tactical line, it would prove to be disastrous. Also, if these areas are added to the already Naxal-affected districts of Assam, it would cover almost all the plains area of Assam.

Apart from these issues, the NER has other contentious issues related to illegal migration, boundary, dam building and tea garden labourer that the Maoists could exploit. In Arunachal Pradesh alone, there are more than 150 major planned dam projects. On Brahmaputra River, 800 big and small hydroelectric projects are proposed upstream.

These developments can pose some of the biggest challenges to the internal security of India. The government’s response strategy should be premised on a multi-pronged approach that takes care of both development and security needs of the region.