Maulana Jarjis Ansari, Who Preached That Even Women In Labour Must Sexually Satisfy Men, Convicted Of Rape And Blackmail 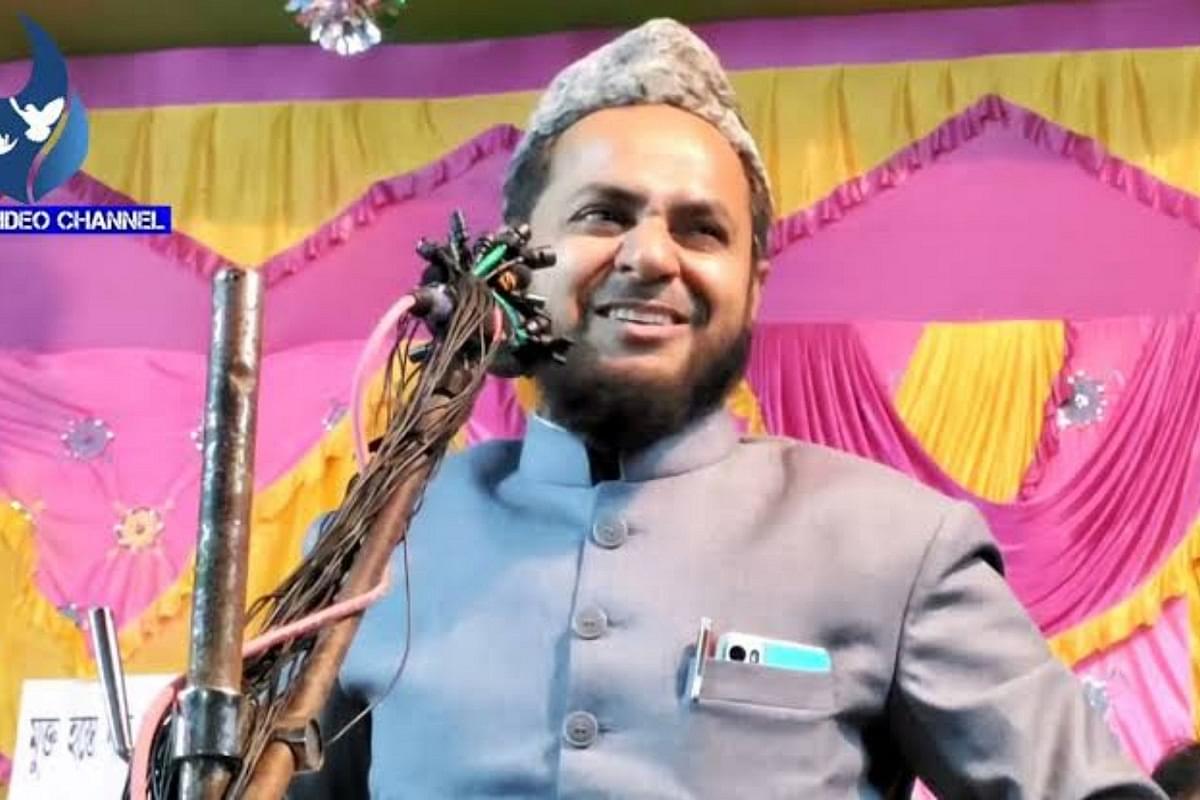 On Thursday (22 September), a fast-track bench at the Varanasi district court gave a verdict against controversial Islamic cleric Jarjis Ansari in a case of rape filed against him in 2016.

The woman, who is from the same religious community as Ansari, accused him of lying to her that he was unmarried at the time of making sexual relationship with her. She also accused him of recording sexual videos of them and blackmailing her using those.

Ansari is known for his takrir (religious sermons) online, where his speeches are available on a number of YouTube channels such as ‘Ask Islamic Media’, ‘Islamic Conference’, ‘Takrir Video’, ‘Ayat Muslim Media’, among several others.

Views on his videos cross a lakh easily. He also has a Facebook page in his name with more than 5 lakh followers.

As per various reports, the complainant is a resident of Jaitpura area in Varanasi district of Uttar Pradesh. She met Ansari in 2013 during one of his regular visits to the city for the purpose of giving Islamic sermons.

A 2016 report by The Times of India quotes the woman as saying that as many videos and CDs of the maulana are available in the market, she met him to get some religious information. She contacted him through the numbers given on those CDs.

Initially, they spoke only about religion but soon became friends. She went on to meet him several times, often at lavish hotels. He told her that he was still unmarried. She entered into a sexual relationship with him.

A complaint by the woman to the police said that Ansari raped her repeatedly on the pretext of marriage and even recorded their videos.

On 15 March 2015, she was invited to a hotel in the Mughalsarai area of Chandauli. Four days later, he came to her home where he again made sexual relations with her.

He started threatening her that if she dared utter a word about their relationship, he would ruin her life. The woman, in her complaint, also accused Ansari of sending five other clerics to home for pressuring her and her family into remaining silent.

FIR And The Trial

The woman told the media that she had to struggle to get her case registered with the police. Eventually, the station house officer (SHO) of Jaitpura thana, Moolchandra Chourasiya, accepted her complaint and registered a case. The FIR was filed at Jaipura Police Station on 17 January 2016.

The police booked Ansari on charges of rape and sodomy including IPC sections 376 (rape), 377 (repeated rape), 506 (criminal intimidation) and 504 (breach of peace).

The bench found Ansari guilty after examining four testimony of four witnesses. The bench issued an order regarding his imprisonment and a fine of Rs 10,000 on 22 September 2022.

Ansari has routinely invited criticism for his statements made in his sermons.

In one of his viral videos, he is seen saying that even if a woman is in labour pain and is just about to give birth to a child, she must not refuse her husband if he demands sexual pleasure from her.

In another video, he is seen saying that women are meant to satisfy men, and reduce their tiredness as per Islam. They are supposed to wear make-up every day for their husbands and, if they fail to do so, their husbands are bound to go to other women for sexual pleasure, he says.

In one of his sermons, he said, “Government offering seats to Muslim girls in colleges is a trap. They are calling these girls so that they fall in love with Hindu boys and convert to Hinduism leaving Islam behind.”

The cleric has also made statements in support of anti-Citizenship Amendment Act and National Register of Citizens protests, and the pro-hijab protests.

In a sermon, he called the relatives of those women who do not observe purdah as pimps.