Message From Rajya Sabha Nominations: Unapologetic Champions Of Indian Culture Have An Ally In Modi Government 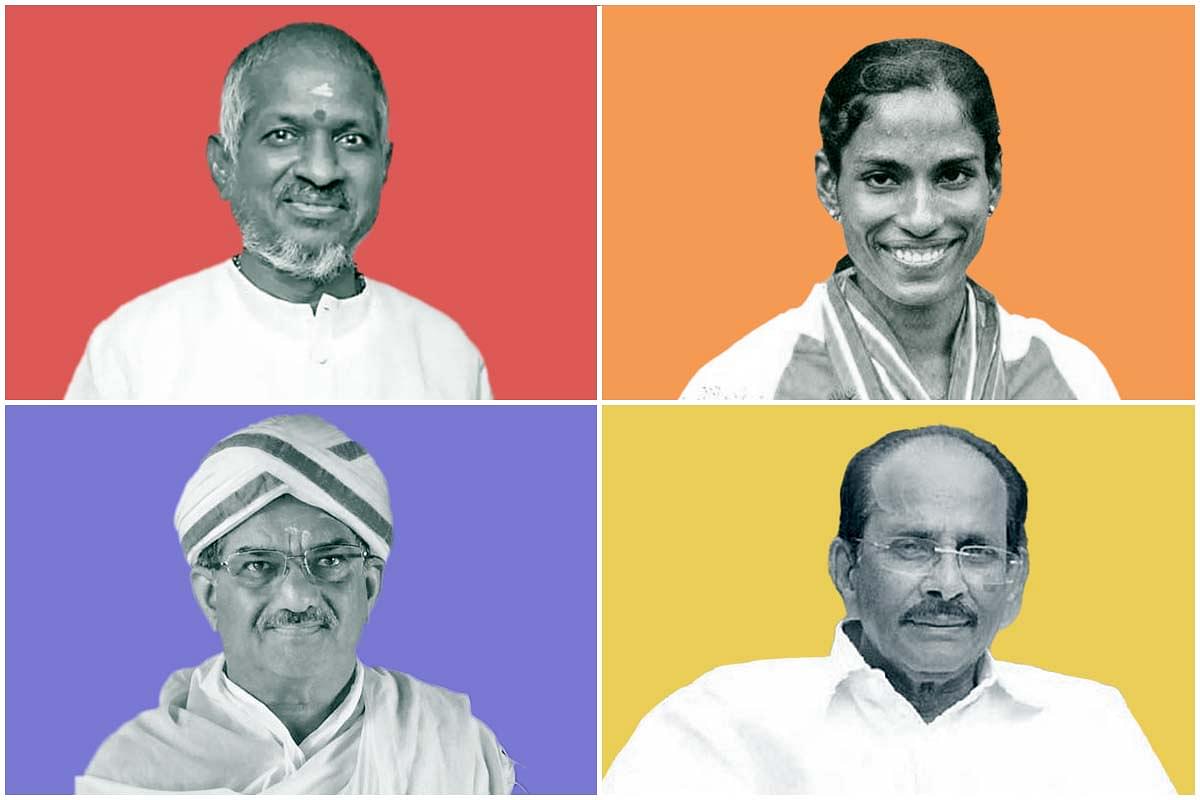 The President of India, on advice of the Central government, on Wednesday nominated four eminent persons -- Dr Veerendra Heggade, PT Usha, Ilaiyaraaja and V Vijayendra Prasad to the Rajya Sabha.

All four belong to southern India and each to a different state. Dr Veerendra Heggade to Karnataka; Ilaiyaraaja to Tamil Nadu, V Vijayendra Prasad to Andhra Pradesh; and P T Usha to Kerala.

Between them, the nominations include legends of music (Ilaiyaraaja), movies (Vijayendra Prasad), sports (Usha) and community service (Dr Heggade).

Out of the four, three of them especially — Heggade, Ilaiyaraaja and Prasad — are seen as proud and unapologetic ambassadors of Indian culture. With their nomination to the Rajya Sabha, the message that seems to be going out is that the BJP, and the Union government, not only acknowledges, respects, and celebrates ideological affinity, it wants to promote it even further. Especially in the regions the nominated members come from.

Here is how the nominations of each these eminent persons will drive home that message in their respective regions and fields.

The legendary music maestro’s nomination to Rajya Sabha does not come as a surprise. A genius composer with a staunchly Dharmic worldview, he rose up from a humble background and reached the zenith of his field at the back of sheer brilliance and hard work.

Walking on the Bhakti path, Ilayairaaja has let it be known many times that he draws his strength from the Kollur Mookambika, Tamil Shaivism and Adi Shankara. (Read ‘Ilaiyaraja's Brilliance: How It Stands The Test Of Time’).

In his profession, Ilaiyaraaja is an institution, having composed more than 5,500 songs and provided film scores for more than 1,000 movies. His fans and admirers address him as 'Isaignani'.

A temple that has Shiva as its main deity, Vaishnavite priests and a Jain household for administrators; and is not just an important pilgrim centre, but also the centre of socio-economic transformation of the region. That is Shri Kshetra Dharmasthala in Karnataka, and the dharmadhikari (hereditary administrator) of the institution is Dr Veerendra Heggade.

He has been fulfilling his responsibilities as the dharmadhikari for more than five decades now, as he took the mantle from his father at the age of 20, on 24 October 1968.

Under him, the Shri Kshetra Dharmasthala became an example of exactly how a temple that is not bogged down by state interference can turn out to be much more than a mere place of worship.

He has been a recipient of Padma Vibhusan (2015), the third-highest civilian award and Karnataka Ratna (2007), Karantaka’s highest civilian honour, among several other national and global accolades.

His considerable interventions in preserving temple architecture, education, health, nutrition, and rural development, make him a noted and influential figure in the state.

Prasad is best known for his work in the first 'pan-India' movie, Baahubali. He is a celebrated storyteller who worked on movies that showcased Indian history and culture in all its glory.

His recent works include Baahubali, parts 1 and 2, Manikarnika, RRR, which have received accolades, not in India but also the world over.

His work has been instrumental in causing a shift in the Indian film industry in terms of the sheer scale and reach among the audience, defying language barriers.

In a way, Prasad, along with his son S.S. Rajamouli, could be credited for bringing forth a cultural renaissance in the movie industry.

The ‘Queen of track and field’, P T Usha has been an inspiration for millions of sports lovers in the country. Beginning her career in 1980, she went onto make her mark in international sports tournaments such as 1985 Jakarta Asian Championships, where she won six medals — five gold and one bronze, 1986 Asian Games at Seoul, where she bagged four gold and one silver. She lost a medal at 1984 Olympics by 1/100th of a second.

Usha, hailing from Kozhikode, Kerala has broken many records and emerged as one of the pioneers in women's sports in India. After a hiatus owing to her marriage in 1991, she returned to the field.

She hung her boots in 2000 and started her own academy, Usha School of Athletics (USHA) where she trains future medal winners.