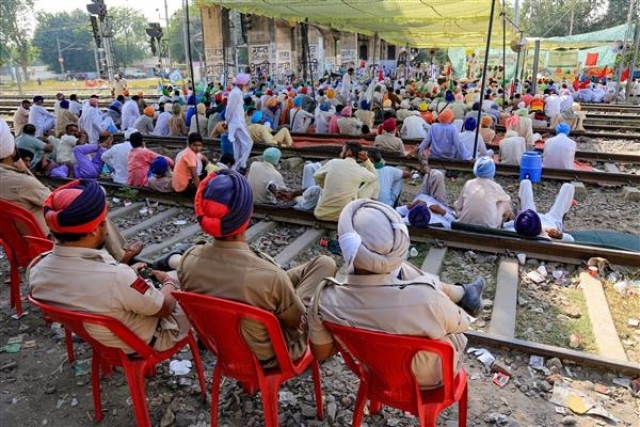 This article is not in response to any rant that you may have witnessed – which was quite a long rant, yet it only reinforced the fundamental problem associated with most of the Indian commentariat.

The problem is one that should not come as a surprise as it is a problem of too many generalists posing as subject matter experts from time to time.

I will admit, even I have, on occasions, commented on issues that are not my area of expertise — and I am equally guilty as most of the others that I criticise from time to time.

The entire hypothesis that someone can be a commentator on practically anything and everything is fundamentally flawed as the world needs more specialists than jack of all trades — especially when it comes to commenting on issues such as public policy, economics and governance studies.

These commentators have the ability to shape opinion and thus, an informed commentator does great public service by highlighting issues — for both the government and the public.

Similarly, a misinformed commentator is a public bad as they frequently present opinions that are not correct or based on facts.

A good example of this is the recent agricultural reforms — which have been long awaited by the Indian farmers. I highlighted the benefits of the proposed reform in a series of articles — one of which can be accessed here.

For any serious academic, policy wonk or a commentator, there is no doubt that the proposed reforms would benefit Indian farmers. India’s foremost agricultural economics expert, Dr Ashok Gulati, has argued for this along with many others for decades, yet successive governments have avoided these reforms.

The crucial point here is that amongst the serious commentariat, there is a near consensus that these reforms are needed and would benefit the farmers the most, yet the generalised commentariat continues to comment on these reforms without recognising the importance of them.

A good example, and a personal one is the recent exchange that I have had with several of the general commentariat where I have had to explain the different contours of the reforms over Twitter threads, yet, they are deliberately ignoring this and focussing solely on highlighting the concerns of the farmers.

The bulk of those concerns are based on a campaign of misinformation that has resulted in farmers becoming fearful of MSPs being removed and APMCs being shut.

The new law has nothing to do with either the APMCs or MSPs as government procurement through APMCs will continue.

The new law only gives the farmers the economic freedom to either sell at APMCs or at private mandis. Surprisingly, a section of the media that is highlighting the concerns of farmers is failing to inform them of this aspect and thus, it is only adding to the misinformation on this particular subject.

To make matters worse, a certain section of the media is not even engaging with those who are explaining the contours of the Bill as they willingly participate in an attempt to mislead farmers of India.

It comes as no surprise that even political parties, including the Congress and Aam Aadmi Party are openly indulging in enabling a protest based on misinformation.

The lack of responsible conduct, by political parties, a certain section of the media and the general commentariat is not new, but it shows the shallowness of our public discourse.

This shallowness is an outcome of the shallow understanding of the general commentariat, which has gone unchallenged for many decades.

A good example is how a certain ex-journalist has been interviewed extensively as an 'expert' on agriculture or a psephologist-turned-politician is considered as an 'expert' on the matter while experts such as Dr Ashok Gulati are conveniently ignored since it does not suit their agenda.

Fact is, that while Dr Gulati is an expert with a vast body of work, the general commentariat and their preferred 'experts' have nothing to show for, but only hollow arguments.

There is solace in the fact that most pink papers and business news channels continue to hail the move and highlight the potential benefits of these reforms.

One wishes that the particular section of the media in question and the general commentariat would, for once, recognise the fact that they are attempting to derail the process of reforms — and that they are damaging the interests of Indian farmers, which will definitely not translate into any political benefits for them.