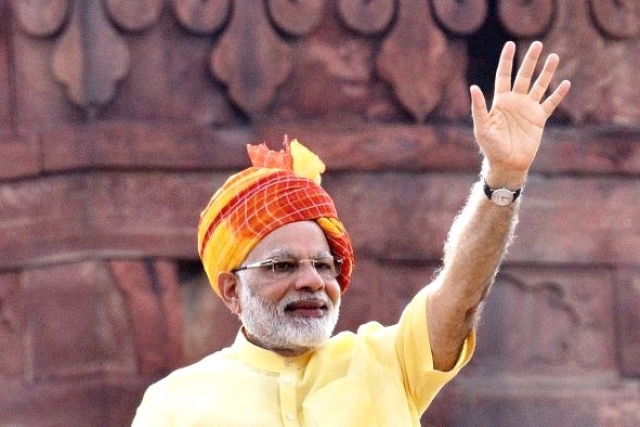 The Jan Dhan yojana was amongst the priority projects for Modi government. (Arun Sharma/Hindustan Times via Getty Images)

Prime Minister Narendra Modi’s resounding victory in the 2019 Lok Sabha election took many by surprise, especially in the Lutyens Media. Several among the opposition asked the rhetorical question — Modi ne kya kiya? (What has Modi done?) — to cast him in a bad light. They were oblivious to the intense development undertaken by PM Modi that touched millions of citizens, many for the first time.

Some TV interviews feature journalists asking villagers what PM Modi did to get their votes — Bolo, Modi ne kya kiya tere liye? (Tell us, what has Modi done for you?) — in blatant attempts to provoke them and get negative answers. However, villagers all over India were emphatic in their response about why they wanted PM Modi back for another five years. They have witnessed the changes through their own eyes.

A lot of them have had direct benefits. Interestingly, some of the individuals answering the journalists hadn’t received direct benefit themselves but knew of someone who had. They enthusiastically said, ‘mere padosi ko gas connection mila hain (my neighbor got gas connection)’, ‘woh gaon main ab bijli hain (that village now has electricity)’, ‘hamne dekha hain (I have seen it)’, and most importantly ‘vishwas hain ki hamebhi milega (I trust that I will also get all this)’. The re-election is testimony to the benefits many Indians have received in the last five years.

So how do we answer this question — Modi ne kya kiya? With data, of course!

Data from ESI (Employees’ State Insurance), EPFO (Employees’ Provident Fund Organisation) and other sources like sale of vehicles show one crore jobs are being created every year in India. In these five years, providing basic amenities to the poor was prioritized and the results are staggering.

No other Prime Minister of India has done so much for the poor in one five-year term as PM Modi has. He is ensuring every Indian has access to the basic necessities of life:

3. Power in their switches — 100% electrification was achieved in 988 days covering 17,181 villages, up from around 96.7 per cent in 2014. 2.5 crore poor households were electrified, and the work to provide reliable power continues.

4. Food on the table — Food security coverage has been extended to all 36 states/UTs of India from just the 11 states/UTs in 2014 as per the National Food Security Act, under which the government is supplying 5 kg of food grain each per month to over 80 crore people at a highly subsidised price.

5. Gas connection in the kitchen — 13 crore gas connections were distributed in five years, bringing the total to around 25 crore. Of these, 7.19 crore connections have been provided free to rural women, enabling them to cook smoke-free and improving their health dramatically.

7. Access to education — Apart from schools, enrolment in higher education has also jumped from 3.23 crore in 2014 to 3.66 crore in 2018. More Indians, including women, are aspiring to becoming graduates. The Gross Enrolment Ratio of women has risen from 22.0 in 2014 to 25.4 in 2018. It is essential to create eligible jobs for all of them now.

8. Mobile phones — TRAI data shows the wireless subscriber base in March 2019 was 1.16 billion, up from 0.9 billion in 2014. Of this, 511.3 million are in the rural areas. Access to mobiles has transformed how people in the rural areas (and urban) do business and earn a livelihood.

9. Access to Internet and digital platforms — The Internet subscriber base, per TRAI, has increased from 251.6 million in 2014 to 563.3 million in March 2019. Apart from this, 1.19 lakh gram panchayats have been connected with optical fiber for citizens to access their bank accounts and DBT (Direct Benefit Transfer) digitally.

12. Small business loans — Through MUDRA (Micro Units Development and Refinance Agency), loans worth more than INR 8.6 lakh crore have been disbursed to more than 18.2 crore beneficiaries to start their own businesses and aspire for a better life.

13. Insurance cover — Since 2014, 21.68 crore people have availed insurance for accident and disability coverage, life insurance, and so on.

14. Farmer insurance — Over 14.24 crore insurance covers have been provided with increased distress relief for crop damage.

15. Affordable healthcare — Ayushmann Bharat was launched in September 2018 to provide health insurance cover of INR 5 lakh/family/year. In 9 months, over 25 lakh people have received free medical treatment worth over INR 3,400 crore. The plan is to benefit 50 crore citizens.

16. Clean water — While piped water supply hasn’t reached everyone yet, this is one of the first mandates taken up by the NDA-II government.

Clearly, millions of Indians — especially in rural areas — saw development in action when these basic amenities reached their villages and houses. Working for their upliftment translated into the electorate voting PM Modi back to power for another five-year term — to continue fulfilling his promises.

Hopefully, by 2020, all Indians will have access to basic necessities and will have risen out poverty. The 2019–24 term will be about improving the quality of life, investing in growth and the judicial system, ensuring more well-paying jobs are being created, and instituting an environment of safety and security for all Indians.

India has dramatically changed in the last five years. No longer do Indian voters seem to be moved by caste, religion and other such considerations. PM Modi’s move to ban triple talaq reportedly won him 15-20 per cent of Muslim women’s vote. In Assam, a leader of a communal Muslim party said in an interview that he did not get the expected number of MP seats because many Muslim women did not vote for them.

The voters’ outlook is fixed on economic prosperity, social justice, and development, and the numbers establish that PM Modi definitely made an impact by accelerating development and economic prosperity. The Indian people are honest about what they are witnessing and that is why they voted in large numbers for Modi 2.0.