Multiple Arrests And Encounters Later, Kairana Is Moving Towards Normalcy 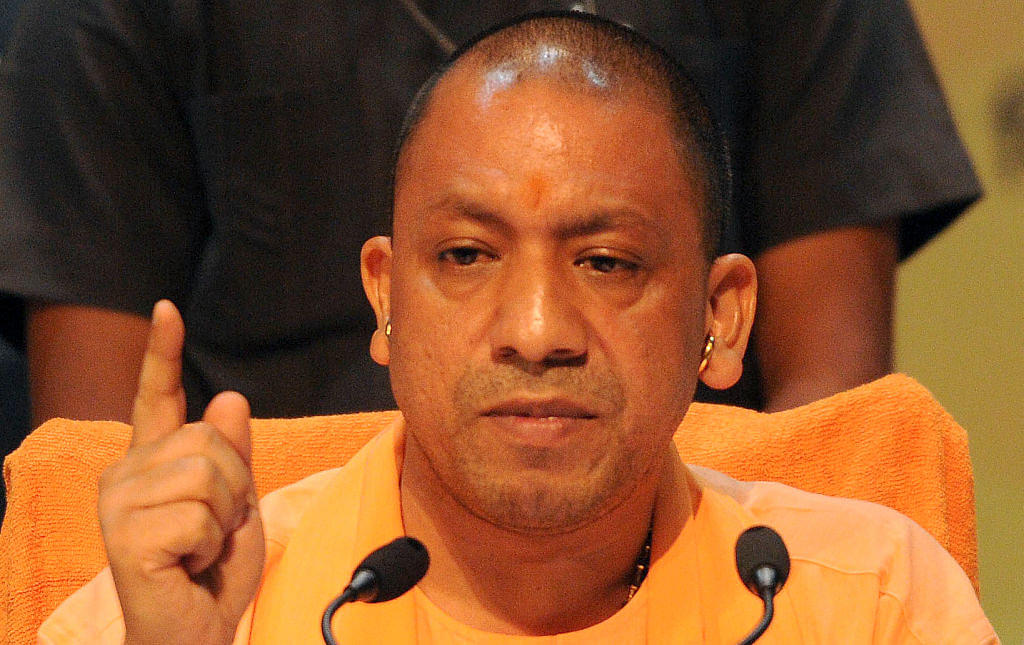 Walking through the chaotic Sitaab Singh Market lined with sanitary fittings and hardware tools shops, it’s unnerving to think that bike-borne assailants have gunned down several traders here. In broad daylight. It’s a busy traffic route and the Kairana Police Station is just metres away.

“Bahut bura haal tha (the situation was really bad),” says a trader, recalling a particularly terrifying month in 2014, when three businessmen were killed within two weeks. Shivkumar and his cousin Rajendra, both in their early 30s, were shot just outside their shops. This was after they refused to pay Rs 15 lakh to the dreaded Mukim Kala gang. Two weeks earlier, Vinod Singhal, a prominent businessman associated with an opposition party, was killed in a similar manner.

The cold-blooded murders sent shock waves in the town, especially among the traders. They had long learnt to treat extortion as an occupational hazard, but now they were dealing with death in close vicinity.

Faced with fresh threats, many fled Kairana with their families, downing shutters on their stores and locking their houses. Months later, their quiet escape would spark off an intense debate in national media on why they left or whether they left at all.

Sonu Goel, from the nearby Chowk Bazaar, packed up and left Kairana days after a Mukim Kala gang member showed up at his grocery shop. “Yehi samay tha (it was about this hour when the goons came),” recalls his brother Vishal as he despondently looks at his watch. It is two in the afternoon.

Vishal, who also runs a grocery shop, says his brother continues to live with his wife and children at his in-laws’ house in Karnal, a city close to Panipat. “He has not visited Kairana since,” says their father Atma Ram. “If we had an option, we would have left too.”

Traders point to abandoned shops, sharing accounts of gangsters turning up on busy afternoons and demanding tens of lakhs of rupees. And the eventual exit of the owners, in some cases temporary and in others, permanent.

But in the past few months, the Shamli police have launched a major crackdown on the extortion gangs active in the area, nearly breaking the back of the particularly dreaded Mukim Kala gang. The improved law and order situation has admittedly brought relief to residents, particularly the traders.

Earlier this month, the police killed its sharp shooter Shabir Ahmed, calling it their “biggest catch in west Uttar Pradesh”. Ahmed carried a reward of Rs 50,000 on his head and had more than 20 cases of loot and murder against him. While Mukim Kala is in jail, most of the gang members are either behind bars or gunned down. Ahmed was the only prominent gang member who was still operating after Mukim’s brother Wasim was killed in an encounter three months earlier.

These days, the market is abuzz with tales of traders “returning” to Kairana and unlocking their businesses and houses. Among them are Manish Kansal, who runs a sanitary business in Sitaab Singh Market, and another businessman in Chowk Bazaar, a wholesale dealer for soft drinks.

“There is relative peace now. No one turns up at your shop to demand rangdaari [protection money] anymore,” says Manish, who had gone to Panipat after a similar extortion demand. Some six months ago, his neighbours rang him up and convinced him to return.

According to Shamli Superintendent of Police Ajay Pal Sharma, around 70 criminals have been arrested and five killed in encounters in less than a year. The crackdown on the organised extortion syndicate started in April last year with an encounter and subsequent arrest of Furqan – who Sharma describes as “the first gangster to threaten traders after a change in state government”.

“…since the change in government” is a phrase you hear often in Kairana. “Sarkar badalne ke baad mahaul badla hai (there is a change in atmosphere of Kairana),” said Shivkumar Singhal, who runs a paint shop in Chowk Bazaar. Singhal’s neighbour rushed to Panipat after an extortion demand but now visits Kairana every week.

It’s an indication that the crackdown on crime isn’t merely a change in strategy by the police.

Because the problem with Kairana isn’t simply a law and order one. At its root is a demography heavily tilted towards a particular community that evidently enjoys political patronage under a particular government, so much so that criminals belonging to the community have a free run.

Kairana today has an 85-15 population ratio. It is a massive shift brought about in just two decades. As per the 2001 census, 52 per cent of Kairana's population was Hindu with the rest Muslims, which altered to 68 per cent Muslim and rest Hindus by 2011. Unsubstantiated reports of 2016 peg the majority population at 92 per cent after about 25,000 displaced Muslim victims of Muzaffarnagar riots resettled in and around Kairana.

Thus the pervasive sentiment is that the gangsters are largely Muslims and their targets largely Hindus is a fact acknowledged even by the National Human Rights Commission (NHRC) last year. The NHRC probe was carried out in the aftermath of a major controversy when Bharatiya Janata Party MP Hukum Singh alleged “Hindu exodus” from Kairana and brought out a controversial list of 346 Hindu families, who he claimed had exited the city due to fear from the majority Muslim community. Singh’s list was found to be flawed and included residents who had died or moved out for better prospects but the NHRC report had concluded that Hindu exodus was indeed a reality.

Traders, mostly from the Agarwal community, talk in hush tones how the gangsters spared the Muslims and picked on them as they are the most vulnerable. “They knew the ruling dispensation won’t touch them,” said one. They nervously remember the days, not too long ago, when they downed shutters as early as 6 pm.

The minority fear isn’t limited to trade alone. Hindus often complain about Muslim youths passing lewd or taunting remarks against girls from their community – an observation recorded in the NHRC report. “Our girls tell us that meat sellers get offended when they pass by with nose covered [to avoid the smell]. They throw meat pieces at them and pass obscene remarks,” said a trader in Chowk Bazaar.

Their fears compounded in 2016 when a woman from the Kashyap community was abducted, raped and killed by some Muslim youths. What’s worse, the police tried to cover the case up, and this has been observed in the NHRC report too. The key witness in the case was shot seven months after the horrific incident.

It’s sad that the minority community’s fears have been all but dismissed by a major section of the media and various political parties. After the BJP took up the issue in 2016, the immediate response by the then ruling Akhilesh Yadav government was, predictably, to accuse their rival of polarisation. Yadav also sent a team of saints sympathetic to the Samajwadi Party to assess the situation, who, predictably, rubbished the concerns of the Hindus.

But what’s amusing is that a section of the media dedicated itself to only finding loopholes in Singh’s list. They ignored the NHRC report, turned a deaf ear to real concerns expressed by Hindus and a blind eye to Kairana’s dubious reputation as a den for criminals. The Kairana police station has as many as 109 criminals as history-sheeters. Newspaper reports of as far back as 2000 talk about Kairana as a “mini-Pakistan” for being a manufacturing hub for fake passports to Pakistan as well as a haven for smuggled weapons, fake currency notes, drugs and espionage. This small town has been on the radar of the Intelligence Bureau for a long time.

Links to some of its residents to Pakistan are said to have started in the 1990s when its most notorious criminal Iqbal Kaana fled to Lahore. He is known to be associated with terror outfit Lashkar-e-Taiba.

While reducing the controversy to simply labelling Kairana BJP’s laboratory for Hindu polarisation, reports dismissed Hindu fears on such flimsy arguments that the gangs targeted Muslims too. They cited FIRs by a Muslim businessman named Arif and a physician named Dr Danish against extortion last year.This is like saying that Muslim fears from gau rakshaks hold no merit because Hindus have also found to be affected in cow-related violence.

Walk in the lanes of Kairana and provocative posters declaring “no compromise” in Babri mosque dispute and others by controversial outfit Popular Front of India (PFI) can be seen all over. “PFI is active in this belt. We keep a close eye on its activities,” said Sharma. Local newspapers have reported about communal and hate-filled pamphlets distributed in and around mosques on specific religious days. Local MLA Nahid Hasan has been booked for hate speech.

Hindus are fast selling their houses in Muslim-dominated colonies and shifting to the sole Hindu colony. “Most houses that had ‘ye makan bikau hai’ message on their walls, have been sold. Many of them were bought by Muzaffarnagar riot victims,” said a resident, who shifted to Teachers’ Colony five months ago.

Others are moving out. These are realities on the ground that need as much focus as police crackdown on gangsters. But first, the problem needs to be recognised.