Next Time They Say That Rest Of The Country Is A Tax Burden On South India, Ask Them To Read These Three Points 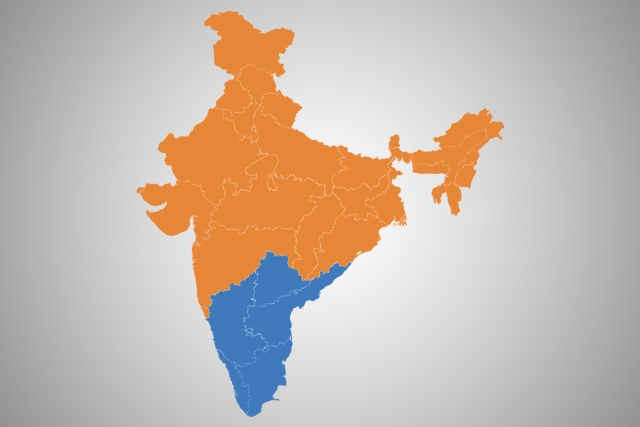 Ever since floods ravaged Kerala in the south-western coast of India, an anti-north India propaganda (which serves no purpose in providing relief to the victims) is being stoked in some corners of social media. The alleged grievance of people furthering this narrative is that the states of the north have not come to the aid of Kerala, a claim which in itself is untrue. However, it doesn’t stop there. The case is then made that the ‘poor and backward’ north Indian states are a drag on the ‘prosperous and progressive’ south Indian states and that this is unfair to the south and is a legitimate reason to harbour a grievance.

Such a narrative, if not called out early, can have potentially disastrous consequences. So, here are three reasons why the divergence between the north and south Indian states is just that, divergence, and not division, or a cause for grievance.

Second, using the state as a unit of analysis obfuscates the fact that a city (or a few cities) within those states pay a bulk of the taxes. Mumbai, Chennai, and Bengaluru for example, are paying the bulk of the taxes from their states.

Third, the disproportionate tax burden on a few states stems from India’s unbalanced development, which in turn reflects causes that have deep roots in history as well as mirrors the global trend towards increasing agglomeration. Without persistent, large fiscal transfers from the richer states to the poorer ones, the gap will only widen and eventually undermine the foundations of a united India.

Based on Wallethub’s data, the Atlantic made the following chart, which shows that 14 states in the US get back less than they pay in taxes (in the chart, if a state is below $1, it means that it is getting less than $1 in return for every dollar it pays in taxes).

Next, consider Germany. Only three states of the 16 are net contributors (meaning they pay more in taxes than they get back from the central government).

In the UK, three regions out of 12, i.e., 25 per cent, are net payers, with London providing the bulk of the resources. In short, India’s experience is hardly outrageous.

According to the data journalism website IndiaSpend, Maharashtra accounts for 40 per cent of all direct tax collections of the nation, of which Mumbai alone accounts for a whopping 30 per cent. This, despite the fact that Maharashtra, unlike many other states, has another major city, Pune.

This pattern is also probably true of Karnataka, Tamil Nadu, and Telangana, where the four major metros constitute the bulk of activity and taxes. In Tamil Nadu, it is the information technology (IT) professional and the auto worker who is paying into the national exchequer, not the farmer. So, should the Chennai resident now complain that they are subsidising the farmer in South Arcot (I have nothing against South Arcot.)? Why is the state a natural unit of aggregation and not the city/municipality?

Economic historians have, in recent years, come around to the view that the roots of development go back deep in history. Most people don’t have the foggiest idea, but many of India’s richest houses today can trace their wealth back to the opium trade in the nineteenth century. In fact, Mumbai’s relative prosperity and rise during that century owes considerably to the opium trade. Sassoon docks and several other landmarks were funded by profits from it, while the trade itself flourished on the blood of Bihari labourers.

Abhijit Banerji of the Massachusetts Institute of Technology and Lakshmi Iyer have shown that the legacy of the colonial land tenure system has led to sustained difference in economic outcomes today. They write,

Unsurprisingly, the top states today, namely Maharashtra, Haryana, Karnataka, Tamil Nadu, and Gujarat, had low levels of landlord ownership. Many of the states at the bottom, such as Bihar, Madhya Pradesh, Rajasthan, and West Bengal, had almost 100 per cent landlord holding. Uttar Pradesh did not have the extreme landholding pattern seen in its other cow-belt brethren, but at 42 per cent share of landlord holding, it was considerably worse than the richer states.

Sowing the seeds of disunion

For an IT professional in Chennai paying taxes, should it make any difference if their tax rupees are going towards subsidising a farmer in Tamil Nadu or Uttar Pradesh? If we take that logic further, why should I care about Salem more than Chennai? Why is the state a natural unit of affection? The implicit assumption is that taxpayers should care more about their regional or linguistic identity than the national one. Thus, in guise of “fairness” to states, the argument stokes fissiparous tendencies which have been dormant for a while. It is a leaf from the old left playbook.

At a time when Kerala and coastal Karnataka are ravaged by floods, all efforts of Indians, intellectual and physical, should have ideally been directed towards providing relief to the victims of the calamity. Some, however, chose to further dangerous narratives in this period. Let us nip this in the bud, and carry on with the far greater task of helping fellow Indians.

An earlier version of this piece was published as ‘No, the Tamil farmer is not paying for the UP farmer’s loan waiver. Here’s why’ on 21 February 2018.