Not Priyanka Vadra But Ajay Rai From Varanasi For Congress: Something Doesn’t Add Up 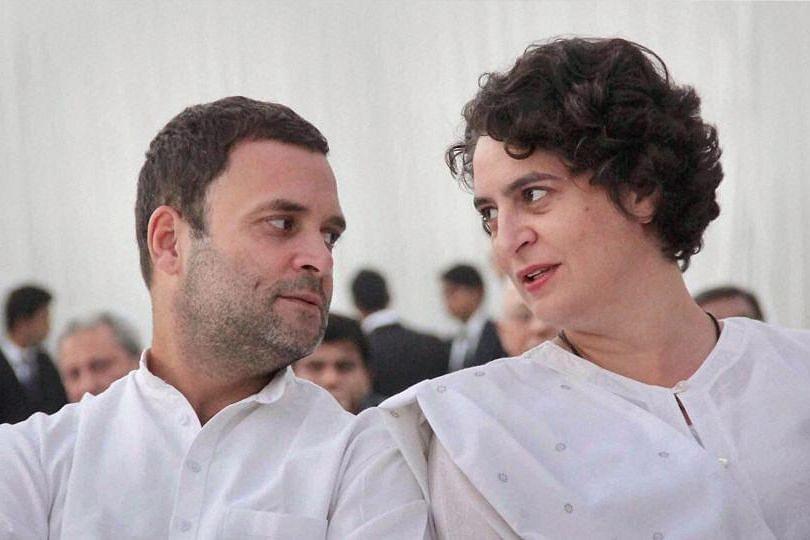 Even as the streets of the holy city of Varanasi reverberated with the chants of ‘Modi, Modi’ today, as the Prime Minister embarked upon a massive roadshow one day before filing his nomination papers from Varanasi, the Congress took this opportunity to announce the candidature of Ajay Rai from the constituency.

The Congress announcement came as a surprise, coming as it does after weeks of dilly-dallying over the possible candidature of Priyanka Vadra, Congress president Rahul Gandhi’s sister and the party general secretary, to take on Narendra Modi. Quite predictably, a lot of ‘neutral, objective’ journalists on Twitter had a meltdown at the Congress party’s decision to not field Priyanka Vadra from Varanasi.

Admittedly, the choice of Ajay Rai’s candidature from Varanasi as well as the timing of his nomination does seem odd, especially after Priyanka Vadra had publicly declared her willingness to contest from Varanasi as a Congress candidate more than once.

The decision to field Ajay Rai from Varanasi is equally baffling. Electoral defeat is not new to Rai. He was the Congress candidate from Varanasi against Narendra Modi in 2014 as well and had stood a distant third, managing to garner a dismal 75,000 votes. In the last five years, Narendra Modi’s popularity in Varanasi has only increased and this time, Rai stares at a margin of defeat that is even more staggering, unless - and I make a rather startling prediction here - his candidature is meant more as a decoy than anything else.

Call me a conspiracy theorist, but there is something fishy about the Congress choosing to announce Rai’s candidature today, after weeks of shuffling their feet over Priyanka Vadra’s name. What if the whole thing is a carefully scripted drama to make Priyanka Vadra appear as a larger-than-life figure who is not afraid to sacrifice an electoral victory for the greater good of the party?

Sonia repeated her renunciation act again in 2004, when she recommended the name of Manmohan Singh as her choice as prime minister, when the Congress party was invited to form the government as the single largest party. At that time, Sonia had loftily declared that she was listening to the call of her ‘inner voice.’ Her supporters hailed her gesture as a great sacrifice, while her opponents called it a political stunt. But there is no denying the fact that with her act of renunciation, Sonia made sure that she enjoyed unchallenged power throughout the ten year of the UPA tenure, without the burden of any responsibility.

It is entirely possible that Priyanka Vadra is following in her mother’s footsteps and is in the process of scripting another exquisite drama. It is important to note that the last date for filing nominations in Varanasi is 29 April. Priyanka Vadra has five more days to ‘reconsider’ her decision. It is entirely possible that Ajay Rai might be forced to back out from Varanasi while Priyanka announces her candidature citing ‘pressure from party-workers’ as the reason.

If Priyanka does show her willingness to fight from Varanasi, she will achieve three things.

For one, she will prove that she has more pluck than her brother, who chose to contest from Wayanad, after it was widely perceived that the contest in Amethi was not going to be as easy as he thought it would be.

Second, she gets to position herself as the Congress party’s Joan Of Arc, the grand sacrificial figure who is not afraid to face electoral defeat for the sake of boosting the morale of party workers.

And finally, she would have set herself up as a parallel power centre in the Congress party in the eventuality of a bitter electoral defeat on 23 May.

If the Congress party doesn’t improve its tally significantly in these elections, it is predicted that there will be internal challenges to Rahul Gandhi’s leadership. In such a situation, it would make sense for Priyanka Vadra to position herself as a decisive, brave leader who is not afraid to take risks for the greater good of the party.

Call me a conspiracy theorist if you will, but I have a hunch that the battle for Varanasi, and for the Congress Party leadership in the long run, is far from over.