On The Unfortunate Murder Of Kalburgi And The Left's Hypocrisy 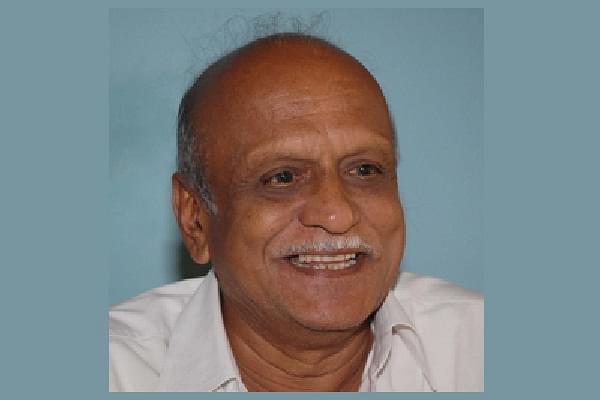 The narratives around MM Kalburgi’s murder exposes the double standards of the so called Indian rationalists.

“Are Indian extremists learning from Bangladeshi extremists?” secular humanist Taslima Nasreen has asked in despair. The real answer is more complicated than a simple yes or no. But she could have touched a real nerve of truth when she asked that question. The context is damning for Indians: the brutal murder of the so-called rationalist M.M.Kalburgi.

Traditional Hindu culture has always allowed caricaturing her Deities. It has ridiculed its Divines. It allowed blasphemy, in a loving way, a way of worship. Sometimes mystic bards have even said that blasphemy, if done poetically and aesthetically, pleases the Divine. The pseudo-rationalists in India have made full use of this aspect of Hindu culture.

In every other culture and society rationalists usually ridicule the fundamentalist and literalist postures of the believers. Then they ask for a symbolic understanding of the poetry and mythology of the religion. For example, both Asimov and Sagan, both great rationalists and humanists, had written about the symbolism and poetry in Bible.

Even that much criticized militant God-slayer Richard Dawkins wrote a joint-article with Rev. Richard Harries the Bishop of Oxford in support of evolution which concluded thus: “Evolution is a fact and from a Christian perspective, one of the greatest of God’s works’.

But in India alone one sees the spectacle of pseudo-rationalists in the name of rationalism take a literal and fundamentalist reading of mythologies and then go on to ridicule them. And the so-called ‘believers’ (in Indian context such categories do not always make sense though), more often than not insist on symbolic meaning for their Deities and mythologies.

Worse, some self-styled humanists like Kancha Ilaiah even provide racist interpretations to Indic mythologies and Deities. For example, according to some, Durga was an Aryan Goddess and the demons she slew were native Dravidians. Such racist narratives were peddled for more than half a century by Dravidian racists who called themselves ‘rationalists’.

So the almost protestant-aping hatred towards idol worship which crosses the basic human decency of respecting a fellow human being’s revered symbol, going to the extent of the claim that ‘urinating on the idol’ as an act of rationality, is actually an act that should invite condemnation more from fellow-rationalists than from the so-called ‘believers’.

In fact in India, paradoxically, the so-called believers if they go by their traditions would even find a spiritual tradition where such acts of transgression may be considered worship. Imagine a secular humanist in the West who battles creationism fiercely. If he or she claims to have urinated on the chapter of the holy book that speaks of creation by God, then how would the community of evolutionists react? Will they call him or her espousing the cause of evolution and rationality or call for institutional care for the so-called rationalist?

But the problem does not stop here. The same rationalists in India simply turn silent before the billion dollar onslaught of evangelical machinery and petro-dollar marketed fundamentalism. Nowhere else in the world would a rationalist or secular humanist prescribe religious conversion, that too to a religion based on a belief in monotheist personal god, as a solution to social inequality.

A secular humanist would rather call the state to end practices of discrimination and social inequality while opposing the moves of a proselytizing religion to exploit the social inequality. But in India the reverse is true. Rationalism here is only a preparatory ground for Abrahamic monotheism, and hence the caricaturing of idol worship as superstition and obscene attacks on it in the name of rationalism.

It is true, some medieval mystics have sung songs seemingly condemning idol-worship. But the condemnation is more towards a byproduct of idol worship, the fixation with the personal deity – actually the core of Abrahamic monotheism. The so-called rationalism, particularly in South India, embraces two important things which rationalists eschew everywhere else: racism and fundamentalism.

Then there is another crucial problem. Those who have hatred for Hinduism and Pagan cultures naturally get promoted in the academic and literary citadels. In the larger global context they are not rebels but conformists. What is exalted as rebel voice is actually an echo of a colonial missionary position of a bygone century (no pun intended).

Let us consider for a moment this interesting passage from a visceral anti-India academic:

What is the oppositional value of caricaturing religion in a formally secular nation, particularly if the targeted faith is that of a demonised minority who are often pilloried as enemies of the state anyway?

This is from a column written by Priyamvada Gopal to whitewash the Jihadist massacre of Charlie Hebdo and subsequent Texas shooting. Now let us apply this quote to our own home-bred ‘rationalists’. They operate in an academic power structure where Hinduism is demonized. And then ’what is the oppositional value of caricaturing religion in a formally secular nation?’

An op-ed on Charlie Hebdo in a pro-Left newspaper raised an interesting point:

The notion of “power” is being ignored in our thinking about free speech in liberal democracies. Liberalism may encourage liberty and autonomy in speech and expression, but we are not abstract individuals freely expressing our thoughts in an ideal society. We are thrown into a shared and coexistent world where power relations obscure the suspicious neatness of liberalism

Again, this is truer in the case of Indian academic and media milieu where everything Hindu is almost always explained by either those who are outsiders to the system like Wendy and Witzel, or by those who are estranged from the system (and benefit from that) like Romila Thapar or Kancha Illaiah or Kalburgi. When writing on Kalburgi’s murder the Indian Left uses a logic that is diametrically opposite to the ones it had used when dealing with the Charlie Hebdo massarce.

Do all these facts justify the murder of M.M.Kalburgi? No. Though not conclusively proved that the motivation was ideological or religious, (a property dispute is also suspected), if the motivation proves to be religious or ideological, then the culprits should be awarded the harshest possible punishment under the law at the earliest.

If a section of Hindus think that beheading and behaving like Jihadists would give them power in the narrative, then they are perverted and plain wrong. And the pseudo-secularists, through their disgusting double standards, share no small part in goading this lunatic fringe into that Asimovian ‘last refuge of the incompetent’ – violence.