‘Others Suffered Bigger Loss Than Us’: How Victims Of Delhi Riots Are Helping Each Other In Lockdown 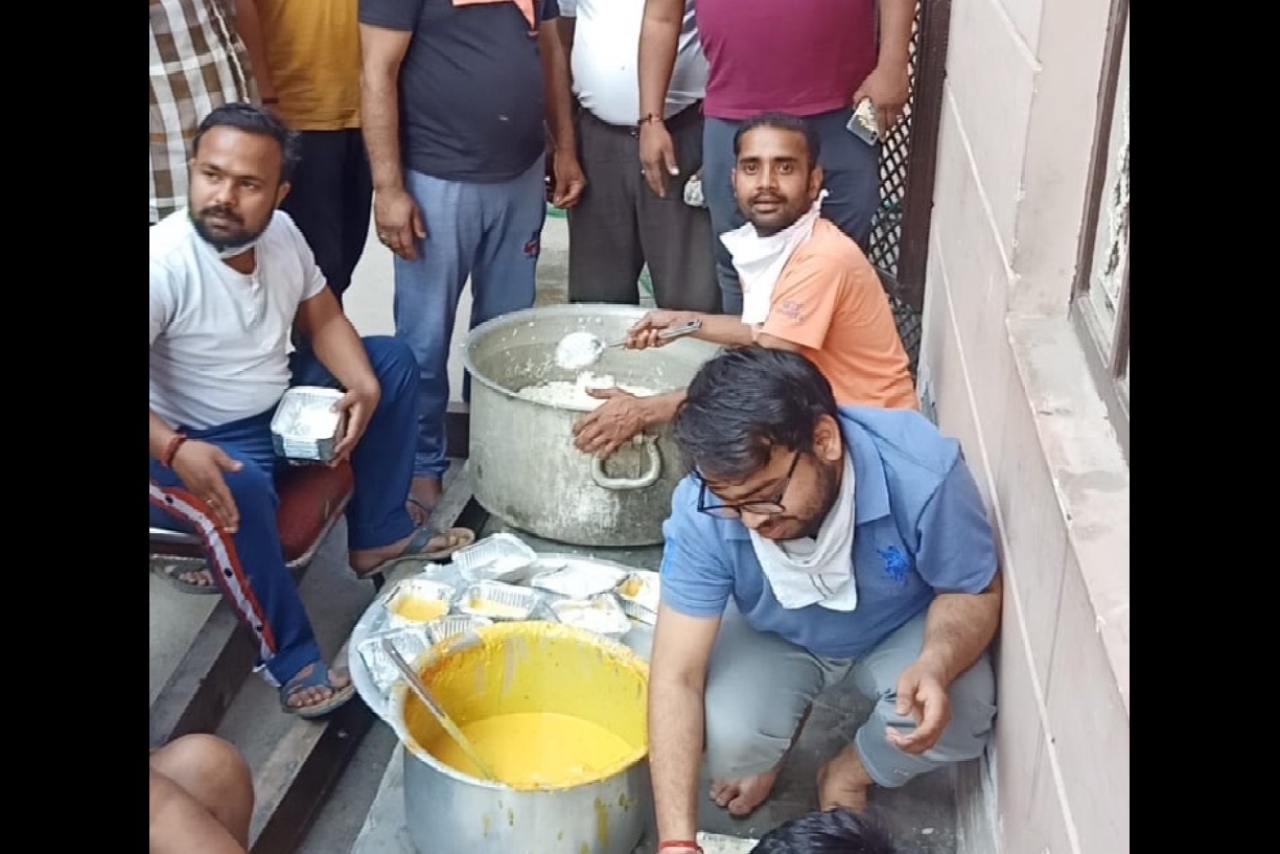 Virendra Kumar (in orange, on the right) has been helping other riot-hit in Moonga Nagar of northeast Delhi

Virendra Kumar lives in gali number 5 of Moonga Nagar, which is right across the huge building where controversial Aam Aadmi Party (AAP) councillor Tahir Hussain has his office.

Moonga Nagar is located on Karawal Nagar road in northeast Delhi, which was hit by communal riots in the last week of February.

On the afternoon of 24 February, a “Muslim mob” forcibly occupied the terrace of his house and indiscriminately pelted stones at other houses in the lane, including on the adjoining Shiva temple.

Moonga Nagar is a Hindu-populated colony in the largely Muslim-dominated New Mustafabad.

Kumar’s house too suffered damage. The wash-basins and electric lights were broken; the floor and the walls developed cracks. Kumar however says he is lucky, for he escaped with a minor loss in the violence that day. His neighbours were not so lucky.

The furniture workshop on the other side of the temple was gutted. The house on the top floor of the workshop, where the security guard lived with his family, too was reduced to ashes.

After the riots, came the pandemic and the lockdown, delivering a second blow to the victims.

SInce the lockdown began, Kumar, who is about 40, has been serving cooked food to the poor in the area. He, along with his cousins and a few neighbours, has set up a temporary kitchen on the ground floor of his house, where they cook food for about a thousand people at a time, he says.

The beneficiaries include riot victims who have lost all means of livelihood. 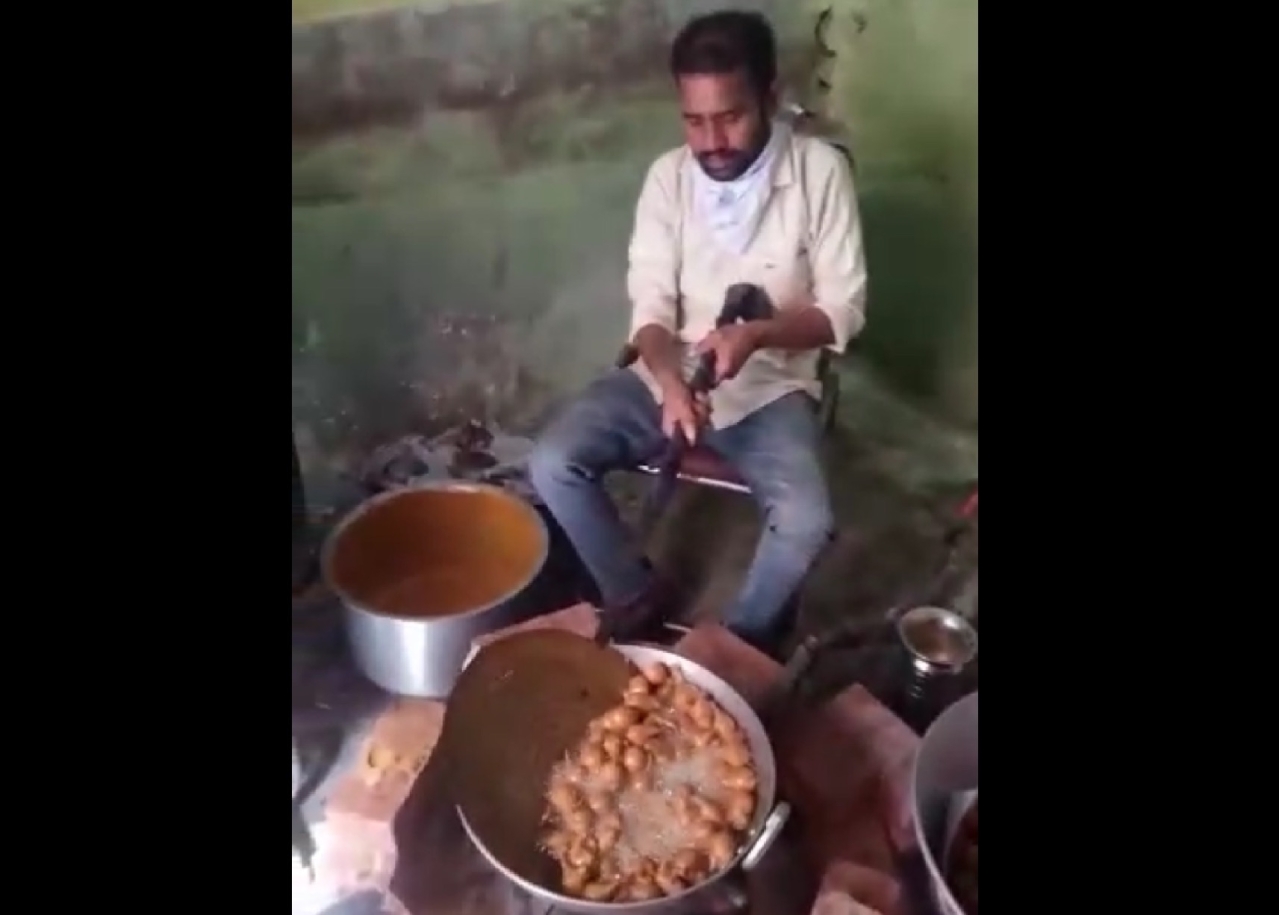 Shyam Sahni, whose tea and confectionery shop on Karawal road was burnt by rioters, is one such. He told this correspondent that Verma’s kitchen has been helping him as well as his neighbour Suresh Chand, whose kiosk too was destroyed by the mob.

Verma says he has been spending from his pocket with some help from neighbours. “I don’t want to brag about it, but I have spent close to Rs 80,000 since the riots. I am not rich, but the devastation that I saw during the riots shook me. I felt I have to do something,” he says.

Verma isn’t the only riot-affected resident who is going out of his way to help others in the ongoing lockdown.

Vijay Kashyap, a resident of gali number 20 in Shiv Vihar phase 7, suffered a significant financial loss when a mob barged into his house and shop.

As per his statement in the first information report (FIR), a mob forcibly entered at 9:30 pm and vandalised the premises on 25 February. The rioters took away jewellery and cash.

“I had saved three lakh rupees for investing into my business. I planned to set up ‘haunted house’ stalls in exhibitions and fairs. They [rioters] took away everything. They have set our family back by several years,” Kashyap, 25, told this corespondent.

Kashyap‘s wedding was scheduled in April but has now been postponed indefinitely.

However, like Verma, Kashyap too calls himself lucky. “Properties of many others have been charred to ashes. Many have been killed. So, despite, my loss, I think I am lucky. Others suffered much bigger loss than us,” he says.

It is for this reason that Kashyap is helping riot-victims and the poor in his area, he says. 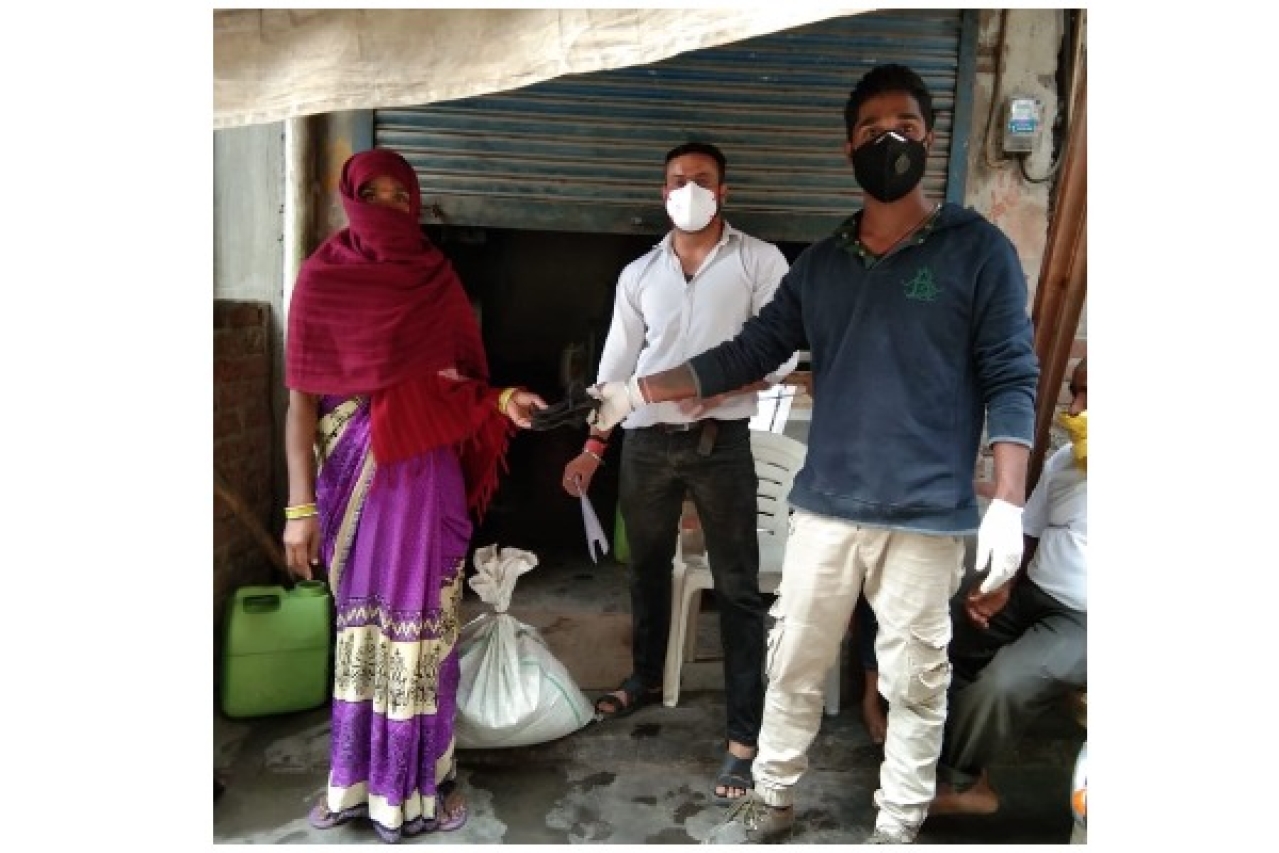 Soon after the lockdown was announced, Kashyap approached a non-profit welfare organisation, with which he came in contact just after the riots.

The organisation gave him Rs 20,000, which he used for distributing kitchen essentials to about 15 families that urgently needed help.

“It’s when you see the killing poverty around that you realise how blessed you are. I was shattered when I got to know that an aged widow, who lives in an adjoining street, had not eaten for entire two days when this Corona virus locked people inside their houses. I decided to step out and help,” says

In gali number 14 of the same area - Shiv Vihar – Vandana Gupta has been distributing ration to daily-wagers as well as those who lost their means of earning in the riots. Gupta, 45, is also an ASHA worker.

“On the first day of the lockdown, I helped a family with some food. The same evening, several poor families came and knocked on my door, saying they had nothing to eat. I felt terrible that I could not help as many as I wanted to,” she says. 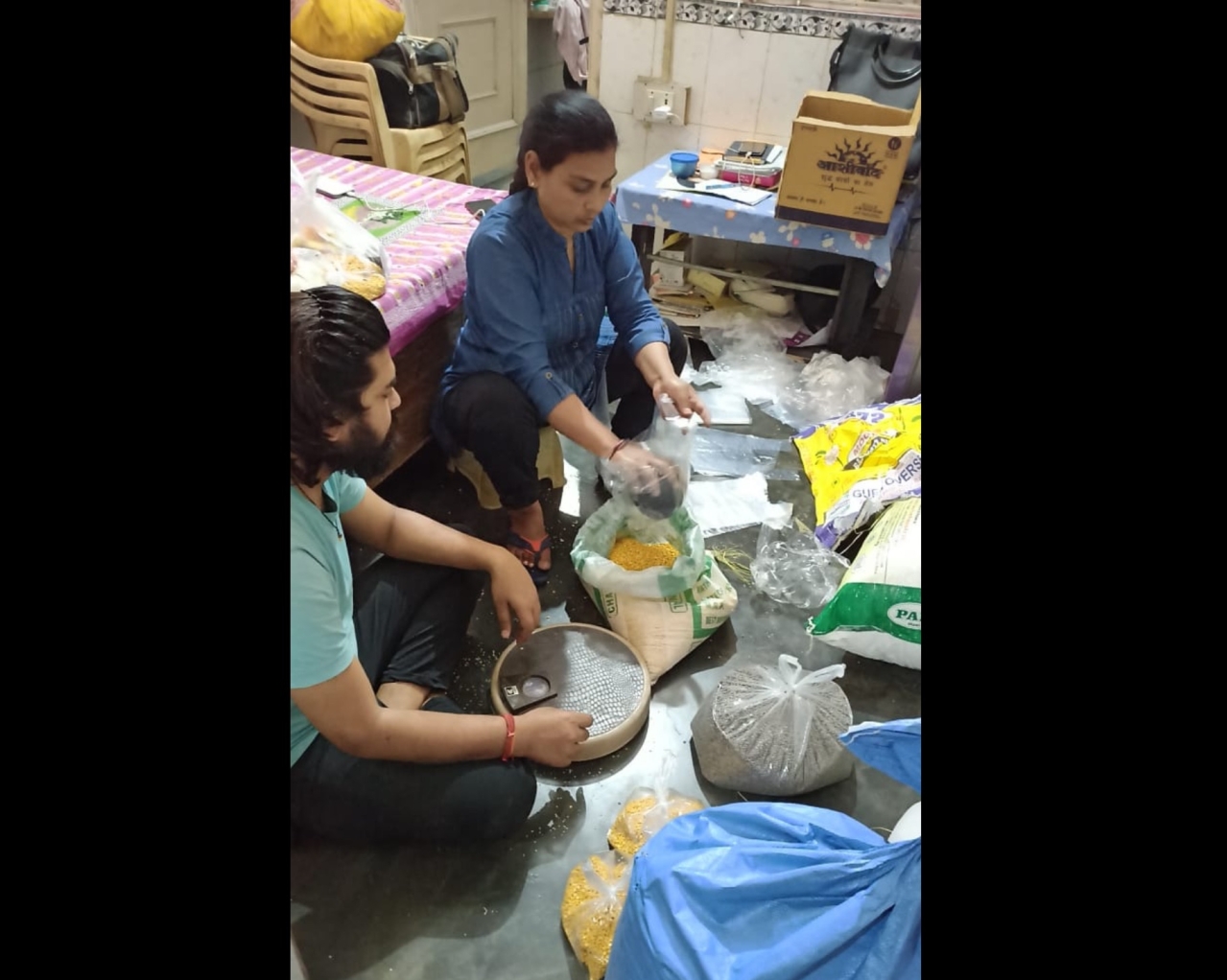 Gupta too approached a welfare organisation, that transferred her some monetary help. Then, she and her elder son Kartikeya bought grocery, packed them into smaller bags and handed it to around 20 identified families. “Because I am an ASHA worker, I also knew who need the help the most,” she says.

During the riots on 25 February, her younger son Hardik was severely injured in his foot. 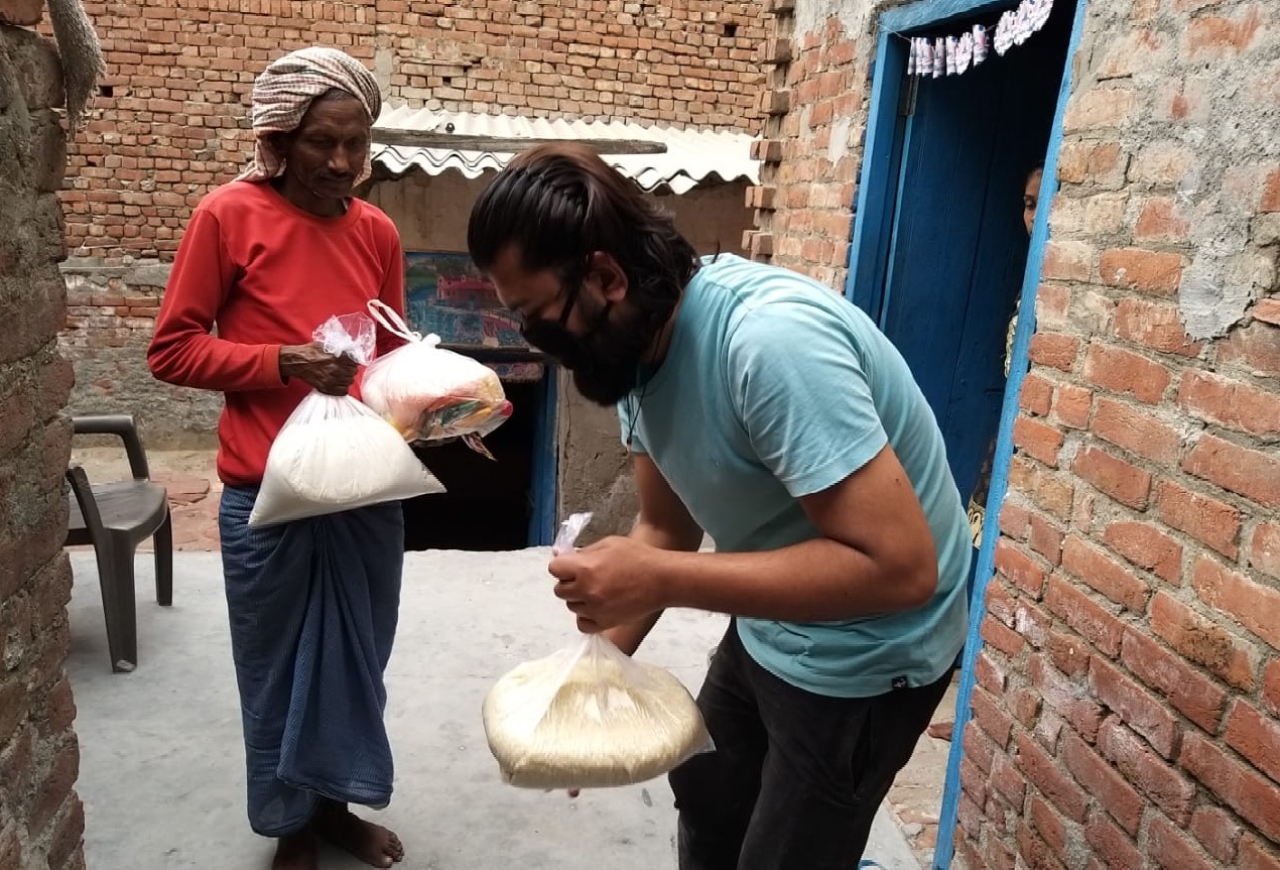 Kartikeya helping the needy in his area

“When mobs came face to face, I took a lead and barricaded our street. I told the other side to honour the line, promising them that none from our gali would step out and they should do the same. The other side nodded in agreement, but didn’t keep their word. A mullaji picked up a brick and hit hard at my son’s foot,” she says.

“He was bed-ridden for two weeks.”

“When we were taking him inside the house, another brick came flying from a terrace, which my son barely escaped,” she says.

Gupta says she didn’t approach any government agency for monetary relief for the injury, for “it seemed selfish, given the scale of loss all around me”.

Get Swarajya in your inbox everyday. Subscribe here.
Tags:
653 Shares